Trade schools...time for scrutiny and change 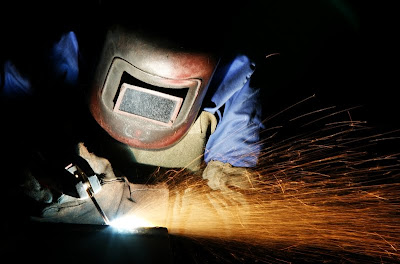 "Plan would crack down on for-profit college industry"

USA TODAY
The Education Department, concerned that some students are graduating from short-term training programs with excessive debt and worthless degrees, is cracking down on the for-profit college industry.

Under a proposal to be released today, vocational programs in which a large share of students don't earn enough to pay back their loans would be required to disclose debt burdens and could become ineligible for federal financial aid dollars.

The proposal covers training programs of less than two years that provide credentials for careers in fields such as the culinary arts, medical support and automotive technology. It applies to public and non-profit institutions, but the impact is expected to fall primarily on the fast-growing for-profit college industry in which, federal data show, students are more likely to borrow and to default.

In remarks Thursday to reporters, Education Secretary Arne Duncan said 5% of for-profit vocational programs would be ineligible for federal aid if today's proposal were in effect now.

Education officials plan to accept public comment before publishing a final rule by Nov. 1. Colleges would have until July 2011 to adjust their policies and practices.

"Overall, I firmly believe for-profit schools are doing a good job in training students," Duncan said Thursday. But a few "bad actors" are "doing a disservice" to the entire industry.

The Career College Association, which represents more than 1,800 for-profit schools, said in a statement that using the proposed formula to determine eligibility "is unwise, unnecessary, unproven and is likely to harm students, employers, institutions and taxpayers."

And critics of for-profit schools said the plan is a step in the right direction but doesn't go far enough.

The proposal has "some teeth in it (but) it isn't as strong as it should be to protect students and taxpayers from getting ripped off by career education," said Pauline Abernathy, vice president of the non-profit Institute for College Access & Success.


Trade schools...a pit of problems
Posted by Mercury at 10:51 AM