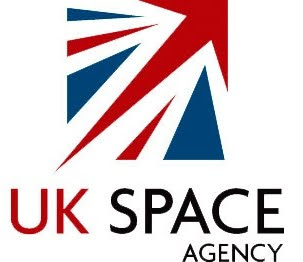 SPACE MART
A new age of co-operation between the UK Space Agency and its Russian and American counterparts has been announced. Space Minister David Willetts revealed the UK has signed new agreements with NASA and the Russian Federal Space Bureau during his first major speech on space at the Farnborough Airshow.

Mr Willetts said: "I am delighted to usher in an era of greater co-operation between our nations' space activities.

"These historic agreements promise to help us unlock some of the mysteries of the universe and develop a better understanding of our planet.

"These agreements show our international partners view Britain as a major player in the space industry. They will help bring new opportunities for British innovators."

Under the terms of the agreement, the UK Space Agency and NASA will look for new areas where they can work together.

There are a number of areas ready for greater co-operation such as space exploration to improve scientific understanding of the universe and earth sciences, which includes climate change.

The Memorandum of Understanding with Russia will help pave the way to a more detailed agreement between the two countries, which will address specific customs and tax issues raised previously.

David Willetts also announced a one year pilot programme to design and launch a CubeSat, which is a shoebox-size satellite that can be fitted with the latest space technology.

The compact size of the satellite, which is called UKube1, will allow the UK to test new equipment and carry out research in a relatively cheap way.

There will be a competition for companies and academic groups to come up with the most innovative ideas for UKube1's payload.

Mr Willetts said: "Britain's first CubeSat will bring major benefits to the UK space industry. Firms will now have a cheap and quick way to test their latest prototypes.

"Running a competition to see which experiments will go up with UKube1 is an inventive way to ensure it is fitted with the most creative and innovative payload ideas."

The minister also revealed a Pounds 4.9m contract has been awarded to build an Earth Observation Hub at the International Space Innovation Centre in Oxfordshire.

The hub will enable the UK to manage spacecraft operations and process the information collected by future space missions.

The contract has gone to a consortium led by Astrium and the hub will be amongst the first in Europe that will actively encourage direct collaboration between government, industry and academics.

Mr Willets said: "The Earth Observation Hub will help UK scientists make the most of the wealth of information we are collecting about our home planet, in vital areas such as monitoring the effects of climate change or so we can respond quickly to natural disasters throughout the world.

"It's the important first step in making the International Space Innovation Centre a reality, linking regional space capabilities and promoting knowledge-sharing between academia and industry. This will support further growth in a sector already worth more than Pounds 6 billion a year to our economy."

After a rigorous selection process the council handed out 30 Career Acceleration Fellowships, which allows the recipient to cover their research costs, and 16 Leadership Fellowships, which support talented researchers in becoming international research leaders.

Mr Willetts said: "Supporting talented scientists and engineers throughout their careers is crucial to driving the UK's science base and economy forward.

"These prestigious fellowships are an important investment for the future, and will help us develop innovative technologies and solutions for the major challenges ahead, and secure our place as global winners."
Posted by Mercury at 5:52 AM