Formaldehyde use will be limited and products costlier 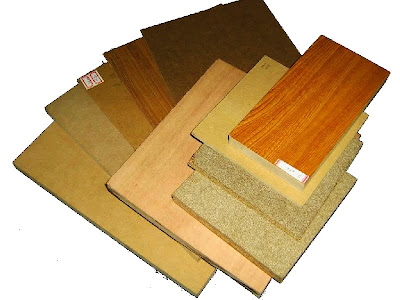 "Furniture to be greener, but pricier"

USA TODAY
Not too long ago, many mass-market furniture makers weren't all that interested in the no-formaldehyde-added wood that Todd Vogelsinger was trying to sell them from Columbia Forest Products.

After all, consumers and regulators weren't exactly demanding that furniture be formaldehyde-free.

That's about to change.

A law signed this month by President Obama limiting the amount of formaldehyde in wood is expected to lead to higher furniture and cabinet prices, but healthier — and greener — homes. It's also likely to increase consumer awareness of a little-known chemical and its effects.

Formaldehyde, which is used in many building materials, is linked to cancer and has long been known to cause respiratory problems.

The government-provided trailers for victims of Hurricane Katrina were banned because of breathing problems caused by formaldehyde in the walls, ceilings and cabinets. The trailers reignited controversy this month when it was revealed some were being used to house BP oil spill cleanup workers.

Particle board, which is created using sawdust, wax and formaldehyde-based glue, is often used in inexpensive furniture and cabinets and can contain high formaldehyde levels. It will be virtually impossible for manufacturers and retailers of these low-priced products to avoid raising prices, experts say, because their products use so much particle board. But it could be at least three years before all furniture sold must meet the new limits.

"We're hearing from suppliers of particle board that the costs will increase, and that's likely to be passed along," says Andy Counts, CEO of the American Home Furnishings Alliance, whose members make about half the furniture sold in the U.S.

Those who make particle board and other "composite wood products are going to have to experiment with new technologies, and that always involves a learning curve that increases costs initially."

Some Chinese plywood, also used in low-priced furniture, also can contain high levels of formaldehyde to compensate for excessive moisture during production. Domestic hardwood plywood, considered to be among the highest-quality materials available to make furniture and cabinets, is dried using costlier techniques that eliminate the need for glue containing formaldehyde to bond the plies.

The new federal law is based on California's standard limiting the formaldehyde in wood, and follows years of debate about the risks associated with formaldehyde and the ability of industry to reduce its reliance on it.

Furniture industry officials have been bracing for the new law and were relieved the levels required matched the California law.

But given the recession's impact on the furniture business, industry officials have been pushing to get as long as possible — as much as three years — after new rules implementing the law take effect to sell furniture and cabinets that don't comply. While the risks of formaldehyde were greater in the hot enclosed spaces of the Federal Emergency Management Agency's Katrina trailers, environmentalists and safety advocates say there are serious health threats due to the extensive use of formaldehyde in home-building materials and furnishings.

Counts says he's heard estimates that prices for plywood and particle board could increase from 3% to 15%, but notes that this wood is only a small part of the total cost for a piece of finished furniture.

Becky Gillette, the Sierra Club's Formaldehyde Campaign director, predicts the added cost to consumers because of the law "is going to be very low" and says "it will be overwhelmingly justified by the health benefits." Some elderly Medicaid recipients have seen their health bills rise by up to $50,000 a year after moving into trailers made with materials with high formaldehyde levels, she says.

Along with links to cancer, the Environmental Protection Agency says exposure to high levels of formaldehyde can cause watery eyes, burning sensations in the eyes and throat, nausea and difficulty in breathing. That can occur, the EPA says, at levels above 0.1 parts per million; the agency says that in homes with "significant amounts of new pressed-wood products" levels can be greater than 0.3 ppm.

Because formaldehyde is released more quickly when it's hot and humid, the EPA recommends using air conditioning and dehumidifiers to maintain moderate temperatures and humidity levels and keeping homes well ventilated.

The EPA, which has to write the rules for the new law, will decide how quickly merchandise in stores has to comply and how products need to be labeled to show they're in compliance.

"It's going to be very challenging (for consumers) to identify product with lower formaldehyde," Counts says.

California officials just extended the deadline until Dec. 31, 2011, for stores in that state to sell furniture and cabinets that surpass formaldehyde limits.

Vogelsinger, who is marketing director for Columbia Forest Products in Greensboro, N.C., says 800 furniture and cabinet makers use his company's no-formaldehyde-added hardwood plywood and 1,700 Home Depot stores stock it, as well.

These manufacturers recommend consumers ask retailers about the formaldehyde content of the furniture and cabinets they sell and if they have a green option available. Armstrong Cabinets, for example, sells the Origins line, which has no formaldehyde added.

Interest in the higher-price Origins line has "exceeded expectations," says Armstrong Vice President Steve Nash. Sales growth, he says, has picked up in the last month.

"Almost every single cabinet line is certified by something as green," says Oppold. "There are so many different types of certifications, it confuses people."