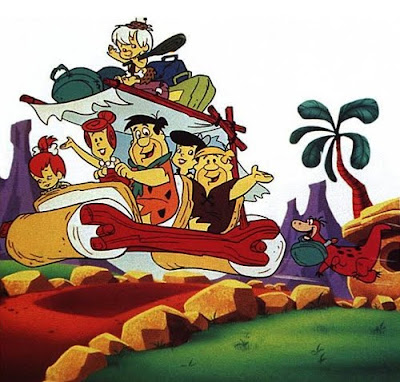 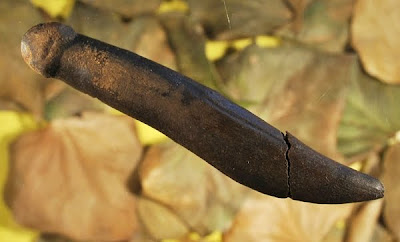 msnbc.com
Sex toys have come a long way since the Stone Age — but then again, perhaps not as much as we might think.

Last week, an excavation in Sweden turned up an object that bears the unmistakable look of a penis carved out of antler bone. Though scientists can't be sure exactly what this tool was used for, it's hard not to leap to conclusions.

"Your mind and my mind wanders away to make this interpretation about what it looks like — for you and me, it signals this erected-penis-like shape," said archaeologist Gšran Gruber of the National Heritage Board in Sweden, who worked on the excavation. "But if that's the way the Stone Age people thought about it, I can't say."

The resemblance is uncanny.

"Without doubt anyone alive at the time of its making would have seen the penile similarities just as easily as we do today," wrote Swedish archaeologist Martin Rundkvist....

The discovery is so recent, Gruber said, there hasn't been enough time to submit the finding for publication in a scientific journal, though the researchers plan to.

Motala in Östergötland has been recognised in recent years as one of the richest Mesolithic sites in Scandinavia north of the current and former Danish provinces. Excavations in waterlogged sediment along River Motala ström have produced great numbers of bone and wood objects that have rarely been preserved elsewhere. Most are harpoon and leister points, but now a bone dildo...has joined the growing collection. Measuring twelve by two centimetres, its size is perhaps not very impressive, and there are many non-dildoish uses for which it may have been intended. But without doubt anyone alive at the time of its making would have seen the penile similarities just as easily as we do today. If it is actually a pressure-flaker for fine flint knapping, then this would tell us something about how such work was conceptualised in terms of gender.

Naïveté of similarities does not always equal the truth. This little device could well have agricultural purposes or even tool making. And then, Fred could suffer from ED.
Posted by Mercury at 6:25 AM