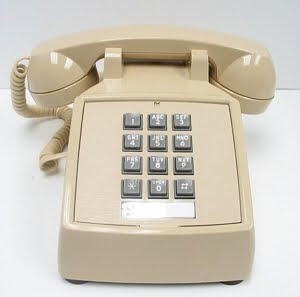 "This has been blown so out of proportion, it's incredible," Jobs, 55, told reporters and analysts in an auditorium at Apple's Silicon Valley headquarters.

"This is life in the smartphone world. Phones aren't perfect. Most every smartphone we tested behaved like this."

"Most every smartphone we tested behaved like this." Which "smartphone" did not display this technical behavior? This is a culpable admission that the product was subject to problems. Shouldn't Apple R&D technicians have explored this feature? Marketing an expensive product with many bells and whistles should have a sound basis of physics...especially from Apple. Now one wonders if Apple is "rotten to the core"?

Jobs maintained there were no problems with the iPhone 4's wraparound antenna design and accused the media of trying to "tear down" a company that had grown so successful.

After the June 24 launch of the iPhone 4, some users reported drastically reduced signal strength when they held the touch-screen phone a certain way, in what has come to be known as the "iPhone 4 death grip."

Apple has lost more than $16 billion of its market value since June 28, with at least some of that attributed by analysts to the iPhone snafu.

Apple set the tone of Friday's event early, leading off with a YouTube video poking fun at the so-called "Antennagate" controversy.

"This has been blown so out of proportion, it's incredible," Jobs, 55, told reporters and analysts in an auditorium at Apple's Silicon Valley headquarters.

"This is life in the smartphone world. Phones aren't perfect. Most every smartphone we tested behaved like this."

Analysts said sales of the iPhone 4 had not been impacted by the antenna flap, though some warn about longer-term damage to a reputation for quality products honed on the iPod.

Most on Wall Street have not altered -their iPhone sales estimates for the current quarter, which range from 10 million to 12 million units.

Wired
Apple CEO Steve Jobs kicked off a press conference Friday at his company’s headquarters with an unusual admission of fallibility.

“We’re not perfect. We know that. You know that. And [our] phones aren’t perfect either,” Jobs told the assembled crowd of about 90 journalists and bloggers, addressing widely-reported problems with the iPhone 4’s antenna.

“We’ve been working our butts off to understand what the real problems are,” Jobs added, referring to the problem as “Antennagate.”

However, those hoping for a recall or redesign of the iPhone 4 were disappointed. To address problems with the iPhone 4’s reception, Jobs offered customers their choice of a free case. Protective cases have been shown to eliminate the reception problems, which are caused when a user’s fingers or hand make an electrical connection between the phone’s two external antennas.

Customers who already bought a case will be able to get a refund of the purchase price, Jobs said. The offer will be available on Apple.com starting next week through September 30. He also reiterated the company’s 30-day return policy, which is unchanged.

In addition, Jobs said the company was working to resolve some bugs with the iPhone 4’s proximity sensor, which have resulted in people inadvertently muting or hanging up calls. And he said the delayed white version of the iPhone 4 would be available July 30.

Jobs stated that the company has invested $100 million in building a state of the art antenna testing facility, and cited test results showing that other cellphones, such as the HTC Droid Eris and Research in Motion BlackBerry Bold 9700, suffer from similar problems as the iPhone 4 when gripped tightly.

He stated that just 0.55% of iPhone 4 customers have called the company’s customer support line to complain about antenna problems, and that just 1.7 percent of iPhone 4s were returned by their customers. By comparison, he said, the iPhone 3GS return rates were 6 percent.

“When we look at this data, it’s very hard to escape the conclusion that there is a problem, but that that problem is affecting a very small percentage of users,” Jobs stated.

In addition, Jobs reiterated that the company’s latest software update has addressed a problem with the way the iPhone displays its signal-strength bars, and that a hardware redesign would not be needed.

Negative press about the iPhone 4 spiraled out of control after Consumer Reports said it could not recommend the device because of its faulty antenna.

A recall was never very likely, given the costs and potential damage to its brand.

When the iPhone 4 hit stores June 24, numerous anecdotal reports spread across the web with customers claiming that covering the lower-left gap of the phone caused a significant drop in reception, as signified by cellular bars.

In a letter to customers, Apple said the reception loss was an optical illusion caused by a software algorithm that was making the cellular bars exaggerate the iPhone 4’s signal strength.

Later, a few bloggers and Consumer Reports replicated the problem with testing and concluded that the iPhone 4’s external antenna design was more susceptible to signal degradation (when held the “wrong” way) compared to other phones.

That conclusion compelled Consumer Reports to tag it with an ugly “can’t recommend” to the iPhone 4 — giving a big black eye to Apple, whose products traditionally earn high ratings from reviewers across the board. Duly, Apple’s stock dropped nearly 8 percent Wednesday morning.

When Apple invited members of the press to the event, it only said the topic was “iPhone 4″ and gave no further details. Some journalists had predicted that Apple would reinforce its stance that the device’s antenna issues are related to software, not hardware, which would eliminate the need for a recall.


Steve Jobs being a jerk
Posted by Mercury at 6:29 AM