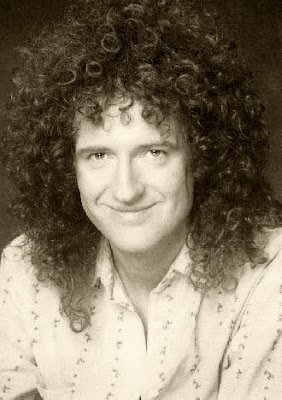 "Kill the cull, not Wales's badgers"

Despite no scientific evidence that bovine TB is transmitted by badgers, the farming lobby is hellbent on slaughtering them

guardian.co.uk
"Causing unnecessary suffering." In this second judicial review, in courtroom number 5 in Cardiff, this phrase leaps out at me. There is a whole mass of human behaviour which clearly, to anybody with a shred of integrity, falls into the category of "causing unnecessary suffering" – to other sentient creatures, human or otherwise. It ought to be clear, and people who know right from wrong should be putting up their hands to stop it. Yet the people who are causing this suffering, time and time again, find reasons to wriggle out of admitting their crime, and use any power or influence to enable themselves to go on causing the suffering. And this could apply to a government that orders the killing thousands of badgers under the pretext of fixing a disease problem in farmed animals.

The modern, intensive farming of cows, with hundreds (and soon thousands) bred and coralled in a small area, fed the same feed, attracts parasites and diseases. They have to be pumped with antibiotics and hormones to keep the diseases in check. This is why bovine TB became a problem in the UK.

The disease reached epidemic proportions by 1950, when cattle were still often bred in urban environments – and then following the introduction of compulsory skin testing, and the imposition of strict movement controls on cattle, which were also allowed more room to graze in the countryside, the problem was vastly reduced. By 1970, the incidence of bovine TB has dwindled almost to nothing. It was at this time that it was discovered that the cattle had infected Britain's ancient badger population with the disease.

At the beginning of the 1980s, the incidence of the disease in cattle began to increase again. There was disruption to the testing progamme caused by BSE and the outbreak of foot and mouth disease. Yet the increase in prevalence of the disease was blamed on badgers.

To this day, nobody has been able to prove a mechanism for the transfer of bTB from badger to cow (though the transference from cow to badger is well-documented). The sudden outbreaks of bTB in areas of Britain hundreds of miles apart cannot possibly be blamed on badgers, which never travel more than 3 or 4 miles from their homes in their lifetimes.

Nevertheless, the legend spread among farmers that the badger was the villain – and sections of the farming community (not all, by any means) began screaming for their blood. Until recently, the government of both England and Wales resisted pressure to cull badgers, putting a high value on the lives of these ancient and innocent creatures. But, with the recent resurgence of Conservative-minded politicians, backed by organisations linked with the Countryside Alliance, the farming lobby has become more powerful.

In Wales, Elin Jones has already ordered the slaughter of badgers, and in England the same intention has been announced by the new heads of Defra, notably Jim Paice. In Wales, the only reason the killing has stalled for a moment is because the Badger Trust has mounted a judicial review (JR), challenging the right of the Welsh assembly to make such a decision. The first JR failed. This is the second, brought as an appeal against the first's decision that the Welsh government had acted properly.

One fact that emerges during proceedings is that the skin test is not at all accurate, so very often an animal is pronounced suspect, and is killed; then a postmortem is done and it is discovered that the cow was not sick at all. This is a "false positive" test result. One of the judges asked if there are also false negatives – the answer is "yes". So there are many animals infected with bTB whose flesh and milk do go into our food supplies, right now. Luckily for us, it's hard to get TB from eating meat, and the fact that all milk is now pasteurised means that there is pretty much zero chance of getting the disease from milk either.

So, why is it so crucial that bovine TB is eradicated? You might well ask. The true answer is that, health-wise for humans, it is not important at all. It's all about money. The farming laws of Europe dictate that if any herd has had an infected cow in it, the herd cannot be sold in Europe. So farmers are up in arms because the value of their herd is at a stroke slashed as soon as there is a confirmed "breakdown".

But there is more. Farming is one of the most heavily subsidised industries in Britain. Even if the whole herd has to be slaughtered (which is rare), the farmer is compensated for all loss of income. So, again, why the fuss? As far as I can see, it's about the government being able to show a profit from farming: it looks bad if it's subsidising losses all the time. This is a key bit of emotive propaganda that is used to justify culling the poor old badgers. "The government is spending all this money – it can't be allowed to go on …"

Outside the courtroom, in my mind's eye, I see this little drama in perspective – small and puny in context with the glaring monstrous crime about to be committed, by these few people, with piles of paper in front of them, all hinging around small issues of law. They talk about the gain in monetary terms, and they talk about "balance" of the deed of killing against the value gained. What price can you put on the life of just one innocent badger?

The badgers are a protected species – until the government decides they are a pariah.

The Elin Jones's proposed culling operation is a "trial". In other words, this is some kind of scientific experiment. If this weren't so serious, that would be a big laugh. First, the experiment has already been done, by the Independent Scientific Group, reporting to Defra: 11,000 badgers died in order that scientists could come to a clear conclusion that culling cannot work as a control for bTB. Second, there is no way this can be an experiment. The Welsh assembly's package is a mixture of methods – culling, testing, and mostly voluntary controls on the movement of cattle – and there is no control group to show what would have happened if the "experiment" had not been done.

In fact, there is no evidence that this proposed cull will produce any benefit at all.

I also hear from farmers at the other end of the spectrum who, privately, say they will not stand for the eradication of wildlife – who, like us, want to see for their grandchildren a countryside filled with healthy wild animals. The whole world will be watching to see if this government will be able to pull off this sledgehammer move in the face of public opinion. Perhaps this will be what people will look back on as the moment when the tide of cruelty turned – perhaps it will begin in Wales, right here. The JR judges have now declared that they will allow just one week for Welsh assembly ministers to rebuild their case, with session to be resumed on Wednesday 14 July.

I am praying the Welsh will not stand for this carnage. And that the world will listen.


Brian May and the Welsh badgers
Posted by Mercury at 4:24 AM