Barbara Berlusconi, a philosophy graduate, is the center of a potential problem 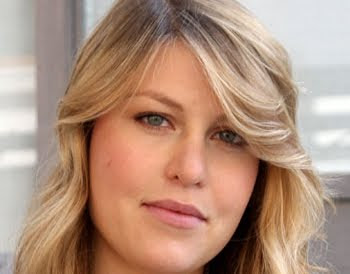 Barbara Berlusconi
Who would think that a philosophy graduate, Barbara Berlusconi, the daughter of Silvio Berlusconi, Italian premier, would be the focus of controversy. Her dissertation was "...on the concepts of well-being, freedom and justice in the work of the Nobel prize-winning Indian-origin economist, Amartya Sen." from San Raffaele Life-Health University. The problem...potential favortism when chancellor Luigi Verzé wrote..."if she thought a faculty of economics could be founded at the San Raffaele based on the thinking of the author on which she had written her thesis, and inviting her to become a teacher". Here come the red flags. The university responded..."...it certainly was not an offer of work, let alone discrimination towards the other graduates."

"Silvio Berlusconi in row after his daughter Barbara Berlusconi's graduation"

The Observer
It was a scene to warm the heart: a delighted student in mortar board and gown had just heard that she had graduated with 110 e lode (the equivalent in Italy of a starred first-class degree). In the front row of the audience, her father burst into applause, beaming with undisguised pride.

The ecstatic parent, however, was Italy's scandal-prone prime minister, Silvio Berlusconi. And by last night the graduation of his daughter, Barbara, at a ceremony in Milan last Tuesday, had touched off yet another controversy involving the Berlusconi family.

In a letter to the press and subsequent interviews, a professor at Barbara Berlusconi's university deplored what she claimed was an attempt by the chancellor to secure funding from one of the world's richest men by promising his daughter a teaching post.

The prime minister's eldest daughter by his second marriage was awarded her philosophy degree by the San Raffaele Life-Health University after submitting a dissertation on the concepts of well-being, freedom and justice in the work of the Nobel prize-winning economist, Amartya Sen. Roberta de Monticelli, who holds the chair of philosophy of the person at San Raffaele, said that after declaring the results, chancellor Luigi Verzé had turned to Barbara Berlusconi "asking her if she thought a faculty of economics could be founded at the San Raffaele based on the thinking of the author on which she had written her thesis, and inviting her to become a teacher".

Disassociating herself from the chancellor's words, De Monticelli said they were a violation of the rights of the other four graduates at the ceremony and "the ethical requirements of an elite university institution such as the San Raffaele rightly aspires to be".

The university promptly issued a statement insisting that "it certainly was not an offer of work, let alone [an act of] discrimination towards the other graduates". But De Monticelli responded by adding fuel to the flames in an interview in which she described the chancellor's remarks as an "implicit request for funding".

She went on to hint that she had been excluded from the panel that examined the candidates on their dissertations. "The first candidate was programmed for 9.30am. My presence on the panel, however, was scheduled from 10am onwards," she said. "I understood then that the first [candidate] was going to be Barbara Berlusconi."

The professor said that she had asked to see the thesis written by the prime minister's daughter "but there were no more copies".

In another open letter, the head of her faculty and the acting vice-chancellor leapt to Barbara Berlusconi's defence. They noted that, even before she submitted her dissertation, she had accumulated 10 distinctions and almost 100% marks. They dismissed the chancellor's remarks as "a paternal quip".

The affair has nevertheless focused attention on the close relationship between the Berlusconi family and the university. Verzé, who founded the San Raffaele in 1996, is a unusual and intensely controversial Roman Catholic priest who has admitted helping a sick friend to die, yet he is fascinated by the possibilities of prolonging life almost indefinitely.

He has said he first met Silvio Berlusconi when he was a young businessman in 1964. "I told him: 'I shall cure you and you will do great things'," he later said.

In the 1970s, Father Verzé was tried, but never definitively convicted, on a charge of attempted corruption. He also played a role in helping the future prime minister amass his wealth.

The two men jointly approached the government to get flight paths over Milan changed. The diversion of the aircraft brought tranquillity both to a hospital founded by the priest and land on which Berlusconi, then a young property developer, was about to build his first big housing project.

It seems the prime minister continues to benefit from his friendship with Verzé. At the latter's 90th birthday party in March, Berlusconi said: "He listens to my confession and gives me absolution without my saying anything, because he knows me and he knows my sins."

For his part, Verzé told a ceremony in Milan that the prime minister had "been sent by divine providence to save this country".
Posted by Mercury at 2:53 PM