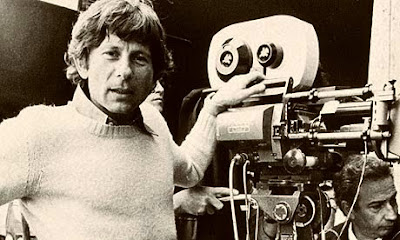 It looks like the case against Roman Polanski has mutated beyond the actual crime into a matter of law. The United States has been refused extradition by the Swiss government.

"Why the Swiss Won't Extradite Polanski"

Time
The Swiss government's decision Monday, July 12, to decline a U.S. request to extradite Roman Polanski has ended a 10-month legal battle between the fugitive Franco-Polish filmmaker and American justice officials. But it's unlikely to end the war being waged by the U.S. justice system to force Polanski to honor the Los Angeles court date he skipped out on 32 years ago after pleading guilty to having sex with a 13-year-old girl.

The Swiss government's announcement Monday that it will not extradite Polanski to the U.S. took many observers by surprise. Swiss courts had earlier rejected Polanski's attempts to block Switzerland's compliance with the U.S. arrest warrants that had prompted the director's arrest last September upon his arrival in Zurich to attend a film festival. But the government's decision essentially gives the benefit of the doubt to Polanski's claims that California had reneged on a 1977 plea-bargain agreement with him, which the filmmaker alleges was his reason for going on the lam in the first place. In explaining the decision, the Swiss cited the refusal by U.S. justice authorities last month to deliver confidential testimony given by the prosecutor in the case that might have upheld those claims by Polanski.

"The reason for the decision lies in the fact that it was not possible to exclude with necessary certainty a fault in the U.S. extradition request, although the issue was thoroughly examined," Justice Minister Eveline Widmer-Schlumpf said during a press conference. "The 76-year-old French-Polish film director Roman Polanski will not be extradited to the U.S.A. The freedom-restricting measures against him have been revoked."

So why did Swiss officials decide to take the word of a man who plea-bargained an initial rape charge filed by a 13-year-old girl in 1977 — he pleaded guilty to a lesser charge of engaging in unlawful sex with a minor — over that of California legal authorities? The answer appears to be the confidential testimony given Jan. 26 by the original prosecutor in the case, Roger Gunson, that the U.S. last month said it would not hand over to Bern. Swiss officials seem convinced that there may be something in Gunson's statement that would vindicate Polanski's claim that either Gunson or the judge in the case — or both — had gone back on a plea agreement that the filmmaker would be sentenced to 42 days in detention.

The document withheld by the American side would have allowed Switzerland to confirm whether "the judge had indeed assured parties during a September 19, 1977, hearing that the 42 days Roman Polanski spent under psychiatric observation in a California prison covered the totality of the sentence he was to serve" under the plea agreement, says a Swiss Justice Ministry statement. "If these facts are correct, then Roman Polanski would have served the totality of his sentence, and the American extradition request — and with it the extradition procedure — are shorn of any foundation ... Given the uncertainties that subsist regarding these issues, the extradition request must be rejected."

California justice officials have long argued that, details of the plea bargain notwithstanding, Polanski has a legal obligation to face sentencing. To that end, U.S. authorities have upped their efforts to persuade the fugitive to surrender himself to the court or be brought back by legal force. The reversal of Switzerland's decision to honor the American arrest and extradition request will make that significantly more difficult. But it will also mean Polanski will have to be very careful about where he travels if he ever leaves France again (where laws prohibit authorities from extraditing nationals for foreign countries), since it's likely that the U.S. will try to make sure that the Swiss debacle is not repeated in any future arrests.

Reaction in France to the Swiss decision has been comparatively muted, in contrast to the wild denunciation of both Switzerland and the U.S. by many French political and cultural figures when Polanski was arrested last year. At the time, many of those detractors lamented what they called the victimization of a great artist by a puritanically obsessed and legally abusive American society that needed to get over a 30-year-old "indiscretion" with a kid. Apparently anticipating similar logic this time, in announcing the Swiss decision, Widmer-Schlumpf pointedly noted that it was based on details of Polanski's plea bargain, "not about deciding whether he is guilty or not guilty."

I don't defend Polanski's crime but what I see is a group of lawyers on steroids wishing to enforce the law [as they view it] until their death. They will lose. The crime is 30+ years old and some crimes are dismissed under the matter of the "statute of limitations". Even the victim, Samantha Geimer, wants the case closed.

Los Angeles Times
The victim in the Roman Polanski sex case said she hopes the Swiss government's decision not to extradite the director to the United States to face sentencing for having sex with her when she was 13 brings the long-running case to a close.

Samantha Geimer, who has in the past publicly forgiven Polanski, told The Times she hopes L.A. County prosecutors will now drop the matter.

“I hope that the D.A.’s office will now have this case dismissed and finally put the matter to rest once and for all,” she said in an e-mail.

In Los Angeles and Washington, however, officials vowed to continue their pursuit of Polanski, though their options are now significantly limited.

“A 13-year-old girl was drugged and raped,” said State Department spokesman Philip Crowley. “This is not a matter of technicality.”

The Swiss Federal Department of Justice and Police said the U.S. had failed to turn over certain documents requested by the Swiss.

L.A. County Dist. Atty. Steve Cooley, who led the effort to bring Polanski back to the U.S., said he was dumbfounded by the decision. “Mr. Polanski is still convicted of serious child sex charges,” Cooley said. "The Swiss could not have found a smaller hook on which to hang their hat.”

He said he would again seek extradition if Polanski is arrested in any other country.

Supporters of the Oscar-winning director were elated at news of his release Monday.

“The great Franco-Polish director will from now on be able to freely meet with his family and dedicate himself to the pursuit of his artistic activities,” said French Foreign Minister Bernard Kouchner, adding that he was “delighted” by the decision.

But children’s advocates said it’s wrong for the director to go free.

“Any day that a justice ministry fails to act . . . to protect children instead of child perpetrators is a sad day,” said Kristine Ward of the National Survivor Advocates Coalition. “Unfortunately, when those who are in the public eye because of fame and fortune or authority positions do not face the consequences of their actions, a strong signal is sent that justice is winking under her blindfold.”
Posted by Mercury at 7:48 AM