A Bachelor of Arts degree from your couch? 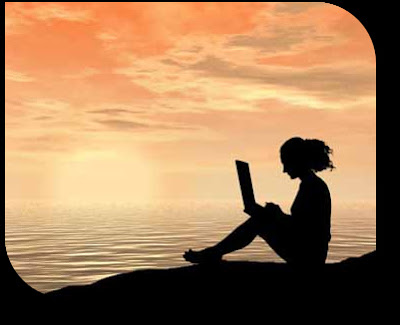 The University of California hopes to become the country's first top-tier research institution to offer a bachelor’s degree over the Internet that is comparable in quality to its campus program.

The Christian Science Monitor
The University of California – considered to be America’s top public university – hopes to become the country's first top-tier research institution to offer a bachelor’s degree over the Internet that is comparable in quality to its campus program.

A pilot program of 25 to 40 courses this fall would offer the university’s most crowded courses, including calculus, chemistry, physics, and freshman composition.

Making it work will require $6 million in private donations, and it comes at a challenging time for higher education in California. It was just a year ago that students took over campus buildings and blocked parking lots in high-profile demonstrations, protesting a 32 percent increase in student fees.

“We have the opportunity to show everyone else how to do it,” said Regent Sherry Lansing after a July 14 meeting of UC’s governing board in which details were laid out. The regents largely agreed with the plan’s leader, UC Berkeley Law School Dean Christopher Edley, that the program could save money while expanding access to other states and countries, the San Francisco Chronicle reports.

Faced with a budget deficit that is expected to grow to $1.2 billion in 2010-11 – largely because of the biggest state deficit in US history – the nine-campus university had already cut 2,000 employees, reduced supplies, and cut late hours for libraries.
World-renowned system

The UC system is the top of California’s three-tiered system of higher education that is world renowned: The top one-eighth of graduating high-schoolers can be admitted here, while the CSU (California State University) system draws from the top 33 percent, and California Community Colleges admit any student capable of benefiting from instruction.

Since the online idea began gaining currency last May, several faculty and graduate-student instructors have expressed misgivings about tarnishing the university’s reputation that has taken decades to build. The university boasts 25 Nobel Prize winners.

“The danger is not only degraded education but centralized academic policy that undermines faculty control of academic standards and curriculum,” said the Berkeley Faculty Association in a May report. “It’s also likely that the whole thing will be a boondoggle.”

Nationally, many higher-education experts agree that the time is right for such an idea, some with major caveats.

“Absolutely I think it’s a good idea,” says Sean O’Donnell, director of e-learning and graduate marketing at the Villanova University College of Engineering in Pennsylvania. “Online education has proven time and time again that, when done correctly, it is a very effective means of educating the greater masses.”

The undergraduate market in America, he says, is a distinct population that is not being served. As night-school programs diminish, he says, online education is the natural fit for working professionals to complete unfinished undergraduate degrees.

“It’s time for California to rethink the way it administers higher education,” says William Tierney, director of the Center for Higher Education Policy Analysis at the University of Southern California in Los Angeles. “The world of online education needs to be explored since it has made so much progress over the past 10 years.”

“Offering a handful of classes online is a really nice attempt, but it just seems late and a stutter step,” he says. “It’s like a major newspaper offering to have one online edition per week or Amazon.com offering just Latin American literature online ... but for all other books, you have to come to a store. They would go out of business with that policy.”

But Mr. Tierney, Mr. O’Donnell, and others say that not enough research has yet been done to know how students learn online, how they perform afterward, what technology is needed, and how much it costs to maintain such a system.

'Other universities have failed'

“Other universities have failed in this because the technology was not right or ready, they didn’t get the cost savings they expected, or they needed a too-heavy investment up front,” says Robin Garrell, a professor of chemistry at UCLA who serves on an academic senate committee that has been examining online learning. Some courses, she says, will be very suitable to online learning, such as math and English, and others will not be – like chemistry lab and theater.

“This is still unfolding,” she says. “The faculty is of two minds. On the one hand they are bold, innovative, and creative, and on the other there is an element of ‘let’s try it but rather see how it’s going before going too far.' ”

Success will depend on how well the programs are created and maintained, say Ms. Garrell and O’Donnell. Complaints at the University of Illinois led to the collapse of that school’s Global Campus program after just two years, Garrell points out. Campus officials “had too strong a confidence that ‘if you build it, they will come,' ” she says.

“The question the universities need to ask is, who is in charge of this and do they have a proven track record?” says O’Donnell. “None of these programs are off-the-shelf; they are all custom-built. They might use the same tool sets, but the key question is how?”
Posted by Mercury at 6:54 AM