Ethics out the window...government may like the idea of online gambeling 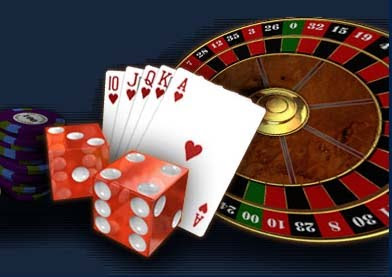 The New York Times
With pressure mounting on the federal government to find new revenues, Congress is considering legalizing, and taxing, an activity it banned just four years ago: Internet gambling.

The bill would direct the Treasury Department to license and regulate Internet gambling operations, while a companion measure, pending before another committee, would allow the Internal Revenue Service to tax such businesses. Winnings by individuals would also be taxed, as regular gambling winnings are now. The taxes could yield as much as $42 billion for the government over 10 years, supporters said.

The two measures — which are backed by banks and credit unions but have divided casinos and American Indian tribes — are far from becoming law. A bill to legalize online poker sponsored by Senator Robert Menendez, Democrat of New Jersey, has not yet had a hearing. The Congressional timetable has little spare room before the midterm elections, and the Obama administration has not taken a position.

But the vote suggests a willingness by Congress to look for unconventional ways of plugging holes in the budget and comes as struggling states have also been looking to extract revenue from the gambling industry, which took a hit as consumers cut back on travel and entertainment during the recession but continues to reap billions of dollars in annual profits. The committee vote Wednesday was 41 to 22, with seven Republicans joining most Democrats on the panel in favor of the measure.

Opponents, who only four years ago, when Congress was controlled by the Republicans, secured a law that banned the use of credit and debit cards to pay online casinos, said they were aghast. “People sometimes resort to drastic things when they are strapped for cash,” said Representative Robert W. Goodlatte, Republican of Virginia, who called the new proposals “unfathomable.”

Representative Barney Frank, the Massachusetts Democrat who leads the Financial Services Committee, has been the legislation’s champion.

“Some adults will spend their money foolishly, but it is not the purpose of the federal government to prevent them legally from doing it,” Mr. Frank said.

The committee’s top Republican, Representative Spencer Bachus of Alabama, noting the passage of far-reaching changes in financial regulation this month, said that “after all the talk last year about shutting down casinos on Wall Street,” he was incredulous that members would vote to “open casinos in every home and every bedroom and every dorm room, and on every iPhone, every BlackBerry, every laptop.”

Mr. Bachus said lobbyists had spent “tens of millions” to overturn the 2006 law. “They’ve had quite a bit of success in turning votes,” he said.

Supporters of legalization said fiscal considerations played a role in their thinking. “I was looking for the money,” Representative Jim McDermott, Democrat of Washington, said in an interview. He sponsored the companion measure to allow taxation of Internet gambling; he wants to dedicate the money to education.

Representative Brad Sherman, Democrat of California, said in an interview that the money was an attractive source of financing for other programs. “We will not pass an Internet gaming bill,” Mr. Sherman predicted. “We will pass a bill to do something very important, funded by Internet gaming.”

He added, “Forty-two billion dollars over 10 years has an effect.”

The legal status of online gambling has long been murky. The Justice Department asserts that the Wire Act of 1961 prohibits it, but prosecutors have largely left individual gamblers alone.

To crack down on the activity, a 2006 law — inserted at the last minute into an unrelated bill in one of Congress’s last actions before Democrats took control — banned financial institutions from transmitting payments to and from gambling operators.

In the same year, the authorities arrested David Carruthers, a British online-gambling executive, as he changed flights at a Texas airport. He was sentenced to 33 months in prison for racketeering. Last year, the authorities ordered four banks to freeze the accounts of online payment processors that owed money to some 27,000 people who had used offshore poker sites.

But the enforcement actions have barely put a dent in the industry, experts say. Gamblers have used online payment processors, phone-based deposits and prepaid credit cards to circumvent the ban. By some estimates, American online gambling exceeds $6 billion a year.

“Today, any American with a broadband connection and a checking account can engage in any form of Internet gambling from any state,” Annie Duke, a professional poker player, testified in May on behalf of the Poker Players Alliance, which hired a former Republican senator from New York, Alfonse M. D’Amato, to lobby for the bill.

Michael Brodsky, executive chairman of YouBet.com, an online site for parimutuel horse racing, said, “As with Prohibition, illegal online gambling is thriving as an underground economy.”

Banks and credit unions said the 2006 law was poorly drafted — so much so that the Obama administration delayed, to June 1 of this year, the deadline for banks to comply with the law, to address concerns about its enforceability.

In 1999, the National Gambling Impact Study Commission urged the prohibition of Internet gambling. Attorney General Eric H. Holder Jr. has said he would not support efforts to legalize online gambling, a view shared by most state attorneys general.

“Because Internet gambling is essentially borderless activity, from a money-laundering and terrorism-financing perspective, it creates a regulatory and enforcement quagmire,” said James F. Dowling, a former special agent with the Internal Revenue Service.

And Mr. Bachus released a November letter from the F.B.I. in which Shawn Henry, the assistant director of the cyber division, said it would be difficult for companies to verify the age and location of their customers.

The bill contains measures intended to protect minors and combat compulsive addiction. It would allow states and Indian tribes to “opt out,” so players from those states and reservations would not be able to make online bets. But those governments would have a potentially lucrative incentive to allow the activity since they could then collect taxes from Internet casinos.

Before voting, the committee approved amendments to delegate enforcement duties to states and tribes, continue a ban on betting on sporting events, ban marketing aimed at children, and prohibit companies that violated the 2006 ban from obtaining licenses.
Posted by Mercury at 4:13 PM