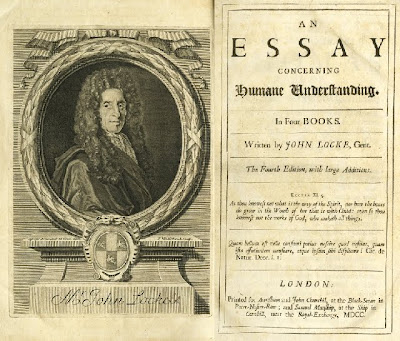 The Guardian
A devious chartered accountant, nicknamed the Tome Raider for his systematic cunning in plundering 412 extremely rare books from antiquarian libraries, was jailed for four years yesterday.

Hiding behind "a shabby cloak of respectability", William Jacques, 33, obtained works valued at a total of £1.1m, among the biggest book thefts ever discovered.

They were taken from Cambridge university library, the private London Library and the former British Museum reading room, now the British Library.

Hundreds of books sold by Jacques to auction rooms and dealers have never been recovered, Middlesex Guildhall court in London heard.

"What he did was equivalent to daubing paint on the Parthenon", Jacques's ex-tutor at Jesus College, Cambridge, Ian DuQuesnay, told the court.

Jacques, a farmer's son brought up at Cliffe, near Selby, north Yorkshire, lived alone in Maida Vale, north London, and was said to have an exceptionally high IQ. He got an upper second in economics at Cambridge in 1990.

He was caught in 1999 after a customer bought a rare book at Bloomsbury Book Auctions, London. The customer took it to a book specialist who found patched-up holes in the volume.

Jacques was said in court to have transferred £360,000 from his London bank account to Cuba when police first interviewed him. Then he fled to Cuba but returned and was arrested. Police found 64 books in bank deposit boxes in Cambridge and London.

Last year he was found guilty on 19 charges of theft of 180 books worth £860,000. At a second trial, which ended yesterday, he admitted two more charges. A further 12 charges were left on file.

guardian.co.uk
Cambridge graduate William Jacques, who previously stole texts worth a total of £1m, to serve three and a half years in prison

A Cambridge graduate referred to as the "tome raider" who stole antique books worth £40,000 from a world-famous library was jailed for three-and-a-half years today.

William Jacques, who stole £1m of rare books in the late 1990s, drew up a "thief's shopping list" as he continued his life of crime.

He used a false name to sign in to the Royal Horticultural Society's Lindley library in London before stuffing valuable books under his tweed jacket and fleeing, Southwark crown court was told.

Recorder Michael Holland QC told Jacques: "You have absolutely no intention of turning away from what seems to you to be an extremely lucrative and easy crime."

Such crimes "undermine and destroy parts of the cultural heritage that's contained within these libraries", the judge said.

The judge, who said Jacques had no mitigation, told him: "You are a Cambridge graduate and should know better, I suppose.

"This was a systematic and carefully planned theft and you had prepared what, in my view, was a target list, from your research at that library, of books that were worth stealing.

"This was a theft in progress and the list referred to books worth tens of thousands of pounds more.

"Your entire motivation was commercial and you intended to make whatever money you could from the theft of these books despite their cultural value.

"The effect of your criminality was to undermine and destroy parts of the cultural heritage that's contained within these libraries and make it more difficult for those who have a legitimate interest in these books to gain access to them because libraries have to take inconvenient and expensive steps to stop thefts of this kind."

Jacques was "relying on the reluctance of library staff to challenge people" when they were used to dealing with members of the public whom they could trust, the judge said.
Posted by Mercury at 6:53 AM