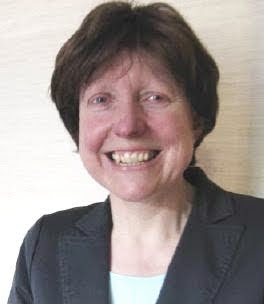 "A student research network built on a chip"

Symmetry
What inspired you in physics? Was it the curriculum at school? For me it was a lecture about Mars that Carl Sagan gave at the Royal Institution; it was 1977, and he invited the audience—I was watching on the TV—to have tea with him on Mars.

At Simon Langton Grammar School for Boys in Canterbury, where I teach, we are trying to inspire the next generation of scientists and engineers by getting them involved in real scientific activity—not just cookbook experiments where you turn the page and there’s the answer.

We got a valuable jolt of inspiration from a field trip to CERN, the European particle physics center on the Swiss-French border. It led our students to build an instrument that will be flown in space and spawned the CERN@school program, which has the goal of placing cosmic-ray detectors in school laboratories throughout Europe and beyond, allowing student-scientists to collaborate and share their data through the Langton Star Centre here on campus.

It all started in 2007, when 48 of our students visited the labs of Michael Campbell and his team at CERN. The team was working on Medipix chips—sensitive light detectors, originally developed for particle physics research at the Large Hadron Collider, that have been adapted for medical imaging and other uses.

On our return to the United Kingdom, we were notified of a space experiment competition run by what is now the UK Space Agency along with Surrey Satellite Technology Limited, or SSTL, the world’s largest manufacturer of small satellites. The guidelines warned that the orbiting experiments could suffer damage from cosmic rays. I remember sitting in my lab with a crowd of students who were still excited from the trip to CERN. One of them said, “Why don’t we use those Medipix chips we have just seen to measure the cosmic radiation?” I responded, “Brilliant!”

My students, ages 16 to 18, won the competition with their design for a cosmic ray detector made from five chips from the Medipix series. Their instrument, called LUCID for Langton Ultimate Cosmic ray Intensity Detector, will fly on a satellite called TechDemoSat to be launched by SSTL in early 2012. The students have been developing the detector with help from SSTL engineers and Larry Pinsky, chair of physics at the University of Houston. It’s thrilling to know that NASA is interested in the data.

With our students so inspired, it seemed sensible to extend this enthusiasm and involve other schools. So the CERN@school project was born. It allows school laboratories to obtain smaller versions of the LUCID detector for experiments in cosmic-ray detection and radioactivity. Students in 10 pilot schools are already taking and sharing data.

We also hope the CERN@school package will draw more people into physics teaching; recent and upcoming physics graduates I have talked with say the ability to do real research with their students would make teaching physics a more attractive proposition.

Our school, with about 1000 students, produces between one-half and one percent of the United Kingdom’s physicists. We are sure that when LUCID and CERN@school are fully rolled out they will significantly increase the number of graduating students who go into science and engineering. Even though we are a boys’ school, we do enroll girls in the last two years before graduation, and the impact of the project on girls’ uptake of physics and engineering courses is even more significant.

We want the Langton Star Centre to be the hub of research projects across the sciences, a place where teachers and their students will come for training in labs and classrooms and go on to transform science education into the vibrant, wonderful subject it should be.

We also want to collaborate with other student cosmic-ray projects—including QuarkNet in the United States, HiSPARC in the Netherlands, and the Canadian ALTA project, which links to networks in the United States and the Czech Republic—to develop a common protocol for data. This would give students a much larger data set to work on, with great potential.

Students need inspiration to allow them to become the great scientists and engineers of the future. I am hopeful that CERN@school can help inspire many into physics.

[Becky Parker is head of physics at Simon Langton Grammar School for Boys and director of the Langton Star Centre. She was named a Member of the Order of the British Empire in 2008 for her work in science education.]
Posted by Mercury at 5:46 AM