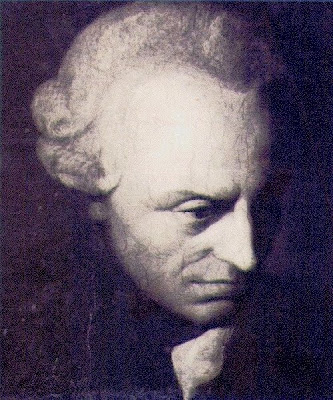 The New York Times
By 1900, nearly everyone agreed that there was something special about the Germans. Their philosophy was more profound — to a fault. So was their music. Their scientists and engineers were clearly the best. Their soldiers were unmatched.

Did this German superiority bode well or ill for the new century? Some foreigners served up dire warnings, but others were rapt admirers. Richard Wagner’s English son-in-law, Houston Stewart Chamberlain, even wrote a weighty tome arguing that the Germans were the only true heirs of classical Greece and Rome. Many Germans were happy to agree.

After world war broke out in 1914, German intellectuals rallied in indignant defense of a superior culture besieged by barbarians. Thomas Mann, for one, was anything but a flaming nationalist, but he wrote at length about the need to defend Germany’s unique cultural profundity.

Mann came to regret his fulminations long before 1933, when a more noxious band of German chauvinists drove him into exile. And in early 1945, in California, he read Joseph Goebbels’s defiant proclamation that the Germans’ national greatness was the reason an envious world had united against them. Mann was honest enough to confess to his diary that this was “more or less what I wrote 30 years ago.”

It is, of course, the Nazis who have made it hard for us to appreciate what Peter Watson calls “the German genius.” Goebbels spoiled the brand when he marketed Hitler as the apotheosis of German culture. Too many Germans and (for opposite reasons) plenty of foreigners readily agreed with Goebbels. Watson, a British journalist and the author of several books of cultural history, would like us to leave the Nazis aside and appreciate that our modern world — at least the world of ideas — is largely a German creation. But as he might have learned from his fictional fellow Englishman Basil Fawlty, it is futile to insist that we “don’t mention the war!”

“The German Genius” is a lengthy compilation of essential German contributions to philosophy, theology, mathematics, natural and social science and the arts since 1750. Watson enshrines a vast pantheon of creative thinkers, not dwelling very long on any of them. Perhaps the single most important figure is Immanuel Kant, who explored the limits of Enlightenment rationality without handing any authority back to revealed religion. Ever since, Watson argues, the Germans have led the way in plumbing the depths of the human mind and body in search of truth and meaning.

Watson reminds us that the age of Kant produced (among much else) Haydn’s symphonies, Goethe’s poetry, Herder’s discovery of national history and Winckel­mann’s archaeology of ancient art — the last in particular ushering in what Watson, in his subtitle, calls the “third renaissance” (after those of the 12th and 15th centuries). Long before Darwin, Germans showed that the natural world was a place of restless change. So, too, was human society: we owe them our sense of history. German Romanticism and German erudition placed truth and creativity firmly inside the human mind. Later, Hegel, Marx, Nietzsche and Freud sought meaning in a world in flux, while lesser lights concocted their racial theories out of a fatal mixture of biology and philology.

“The German Genius” is a great baggy monster of a book, mixing passionate advocacy with biographical trivia amid compressed summaries of some exceedingly difficult ideas. The range of subjects is impressive, from painters to physicists, and includes important names most of us may recognize only from science class, and then only as units of measurement: Hertz, Mach, Röntgen. (Before Hitler, Nobel Prize ceremonies were in large part a German affair.)

In some ways this is also a very German book: long, earnest, plodding. Yet it is not really up to the exacting standards of German scholarship (or of English narrative sparkle), relying, as it does, largely on other scholars’ accounts of the great thinkers in question, and quoting the secondary sources far more than the original works of “genius.” Too often Watson urges us to revere people or books “now recognized,” “widely viewed” or “generally regarded” as brilliant. Readers may grow weary of being told what to think.

In effect, Watson has given us a kind of Dictionary of German Biography, along with a great deal of name-dropping. There were many German geniuses. But what was “the German genius”? To understand what was special about Germany, we need to know more than Watson tells us about the world that produced these thinkers. He does offer some valuable hints, insisting, for example, on the importanceof the 17th- and 18th-century religious revival known as Pietism, which urged believers to devote themselves to improving life on earth. Certainly he is right to emphasize Germany’s Protestant heritage (and the many preachers’ sons who populate his pages), but secularized Protestantism shaped other lands as well — notably Britain, where Catholics and Jews played smaller roles than in Germany.

More helpful is his emphasis on the role of universities in creating new knowledge and a new class defined by education. At Göttingen and Halle in the 18th century, and at Berlin and Bonn in the 19th, Germany invented the modern university, combining teaching with research in both humanities and science — at a time when Harvard and Oxford were conservative and theology-centered. University grads staffed a new bureaucracy of experts, and their work in laboratories and archives made research “a rival form of authority in the world.” The universities also enshrined a new ideal of individual cultivation (the fetishized German word is “Bildung”). Germans from Kant to Mann embraced this “secular form of Pietism,” turning inward to find truths not anchored in reason or revelation — and often, like Mann in 1915, choosing mystical wholeness over messy liberal politics.

This is modern subjective individuality, as expounded by philosophers like Martin Heidegger. Even if Heidegger hadn’t been a Nazi, we would still face the question of whether Hitler was the nemesis or the culmination of German genius. Just as Mann had to acknowledge Goebbels as his bastard child, Watson knows that Germany cannot disown the Nazis. He borrows many different and contradictory theories of the German catastrophe, variously suggesting that the educated middle class was too weak to stop Hitler, that it abdicated its responsibility to do so and that its antipolitical ideals taught a nation to welcome a charlatan’s promises of a redemptive community.

Yet no history of ideas can explain the tragedy of German genius. Hitler may have fancied himself a great thinker, but his success came from his brilliance as a political tactician in a troubled time. Intellectuals admired (or feared) him for his ability to seduce millions of voters who knew nothing of Kant or Heidegger. Watson gives us a compilation of German ideas; a history of the German genius would be a different and dicier matter.

Watson’s chapters on the anguish of postwar German intellectuals remind us that he is a world away from the ­mystical nonsense of his countryman Houston Stewart Chamberlain. Nonetheless, his attempt to exalt a national character suggests that he is offering something not altogether different for our chastened time. 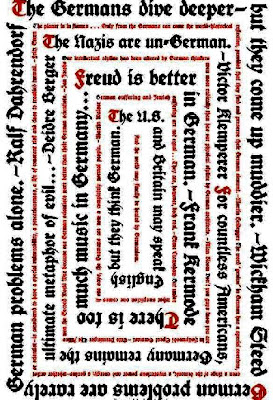 The German Genius: Europe's Third Renaissance, the Second Scientific Revolution, and the Twentieth Century
by