Bobby Fischer is living in the courts 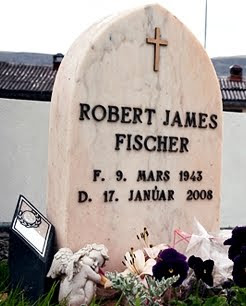 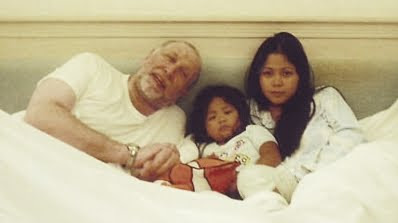 Jinky in the middle.
This will rank with the Howard Hughes mess.

The New York Times
THE life of Bobby Fischer was one strange odyssey, in which he went from chess prodigy (at 14, the youngest United States champion ever), to the vanquisher of the famed Boris Spassky in 1972 in a match followed around the world, to a fugitive from the United States on charges of violating a trade embargo, to an increasingly odd recluse, one who denounced Jews and praised the attacks on the World Trade Center in 2001.

His death is proving no less fascinating.

It turns out that the mercurial chess champ, who died in January 2008 at age 64, left behind a Japanese woman who claims she was his wife, a Filipino woman who claims she is the mother of his only child, and two estranged nephews who will inherit his money if neither woman can prove her claim.

This situation brought about an almost surreal scene earlier this month, when officials gathered in southern Iceland — where Fischer spent the last three years of his life — to exhume his body for a DNA sample to determine whether he was the father of a 9-year-old girl named Jinky. The test was ordered by Iceland’s Supreme Court as part of the legal battle among Fisher’s presumptive heirs.

Einar Einarsson, a longtime friend of Fischer’s, said that the former chess champion would have been appalled by the scene. “He wanted his funeral to be private, like it was,” Mr. Einarsson said. “And now all this happens.”

The story behind that graveside intervention started about 10 years ago, when Fischer met a Filipino woman named Marilyn Young at a party in the Philippines, where he had an apartment. He was by then a deeply controversial figure — one who, as he grew older, seemed less and less like the young chess prodigy who inspired a generation of young players and more and more like an angry old man increasingly untethered to reality.

Fischer won the United States championship in 1958 before he was 15, and dropped out of school by 16, saying it was “just a waste of time.” By the summer of 1972, he had become the challenger for the world championship and faced Spassky in a title match in Iceland played against the backdrop of the Cold War. Portrayed by the media as the lone chessman of the Western world facing down the evil empire, Fischer put on a brilliant display to win the title, which earned him instant celebrity.

But he turned his back on fame and millions of dollars in potential endorsements and retreated from the world, renouncing the championship in 1975.

He emerged in 1992 to play against Spassky again, this time in Yugoslavia, which was under a United States trade embargo for its war against Bosnia. Before the match began, the United States government wrote a letter to Fischer, warning him that he would risk severe penalties if he played. Fischer acknowledged the letter during a press conference by holding it up and spitting on it.

He won the match and collected $3.65 million, but the United States issued an arrest warrant, making him a fugitive. He moved to Hungary and again disappeared, harbored by friends and acquaintances willing to put up with his erratic behavior, which included doses of virulent anti-Semitism, though his parents were Jewish.

Reports of sightings of him became the “Where’s Waldo” of the chess world. Occasionally, he did surface, as when he called a Philippine radio station hours after the Sept. 11 attacks on the United States and called it “a wonderful day.”

A year before that, in August 2000, Fischer showed up at a country club in Baguio City in the Philippines and met Ms. Young at a party given by Eugene Torre, a chess grandmaster. Fischer called her days later to arrange a date, and they began seeing each other. Less than a year later, Ms. Young gave birth to a daughter she named Jinky.

As the girl grew older, she and her mother kept in constant touch with Fischer and visited him in Iceland after he moved there in 2005. Among the documents Ms. Young submitted to the Icelandic courts in her petition to have Jinky named a legal heir were a picture of her and Fischer and Jinky together in bed in 2004, and postcards to Jinky from Fischer that were signed “Daddy.”

Even so, friends say they don’t believe Fischer was actually the father. They say he was fond of her and helped support her, but that he did not actually father her. “He cared very much for Marilyn and the child,” said Mr. Einarsson. But, he added, Jinky “does not look anything like him.”

Dr. Magnus Skulason, who stayed with Fischer in the hospital before he died, agreed. “Being generous does not make him a father to her child,” he said. “He was happy about the girl being fond of him, and that was new to him.”

But there was one factor that might bolster the claim of Ms. Young (who refused to be interviewed for this article unless she was paid a “talent fee”). According to Mr. Einarsson, Fischer did talk openly of “passing on his genes.”

And that would not be possible with the woman who was his most constant companion over the last years of his life, Miyoko Watai, now 65, a four-time chess champion and currently the president of the Japanese Chess Association.

The two met in 1973, when Fischer visited Japan and she was one of two people selected to play chess against him. They kept in touch over the years and eventually became a couple. In 2000, Fischer moved to Japan and began living with Ms. Watai in Tokyo.

They reportedly married in August 2004 while Fischer was in detention, apparently hoping that his marriage to a Japanese citizen would prevent his deportation for violating the trade embargo. When that failed, Iceland, where Fischer was still a hero because of his 1972 triumph, made him a citizen. He was allowed to emigrate there in March 2005, and Ms. Watai commuted between Iceland and Japan over the next few years, but whether the two of them were actually married remains unclear.

Nonetheless, Fischer’s friends praise her. “She was a wonderful woman, and she did everything she possibly could for him,” said Saemunder Palsson, a former chief inspector in the Icelandic police, who served as Fischer’s bodyguard during the 1972 match. But Fischer referred to her only as his “girlfriend” and was “not happy” when someone called her his wife, said Mr. Einarsson.

Things got more complicated with the arrival of Marilyn Young and Jinky in Iceland in 2006. During their stay, which lasted only a month because they did not like the cold, Mr. Einarsson said there was tension because Fischer spent time with both women. “He slept over at Marilyn’s house sometimes and sometimes with Miyoko at Bobby’s flat,” he said. “They were aware of each other and they were not happy about it.”

In 2007, Fischer was given a diagnosis of kidney disease. His friends say that they are not sure whether he understood just how serious his condition was, but that he clearly did not want to endure the painful treatments that might have extended his life. He died months later.

Mr. Palsson said that he had not seen his old friend for a few months before he died. They had a falling out over money and over Mr. Palsson’s assisting on a documentary about Fischer. Still, Mr. Palsson said: “I miss him. I thought that we would have many years together.”

It will be another week or two before the paternity test results are known. At stake is an estate that is said to be worth about $2 million, but no one knows for certain, other than Eirikur Elis Thorlaksson, the administrator appointed by the court to oversee the estate, who is not talking.

But the real value of the estate, which includes an apartment in Reykjavik, Iceland, could be considerably less, perhaps no more than $1 million, after the United States government is through, said Frank Brady, Fischer’s biographer, who is working on a book about him due out in February. The government claims include taxes and penalties on the $3.65 million Fischer earned in the 1992 rematch against Spassky, and on other income from 1977 to 1992, when Fischer also failed to pay taxes.

Indeed, according to the State Department, Fischer died a United States citizen; he was never issued a Certificate of Loss of Nationality.

If Jinky is found to be Fischer’s daughter, and Ms. Watai is declared his widow by the Icelandic courts, then Jinky would be entitled to two-thirds of the estate and Ms. Watai to the remaining third, said Thordur Bogason, the lawyer representing Ms. Young in Iceland.

If Jinky is not the daughter, Ms. Watai would be the heir, but at the moment her claim is tenuous. Earlier this year, an Icelandic court rejected her claim after she supplied a copy of her marriage license certified by the Japanese embassy. Ms. Watai declined requests for an interview.

If neither Jinky nor Ms. Watai are declared the heirs, then the estate would go to Fischer’s nephews, Alexander and Nicholas Targ, the sons of his sister, Joan. That would not necessarily have made Fischer happy, his friends said.

Mr. Brady, the biographer, said that Joan was an observant Jew, as was her husband. Fischer was deeply anti-Semitic. Dr. Skulason added that Fischer did not like his brother-in-law. “He thought that he had not treated his sister well enough, and so on,” he said. “It is family stuff.” The Targs declined to be interviewed for this article.

All of Fischer’s friends bemoaned his failure to leave a will, which would have avoided the estate fight and most especially the DNA retrieval, which turned into something of a media circus. But Mr. Palsson offered one reason for Fischer’s refusal to draft a will: “I don’t think he thought that he was going.”


Bobby Fischer...to speak, sort of, from the grave
Posted by Mercury at 6:29 AM