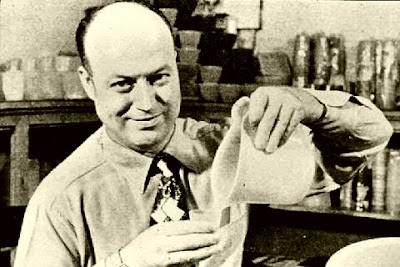 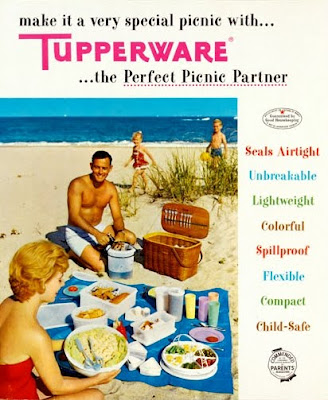 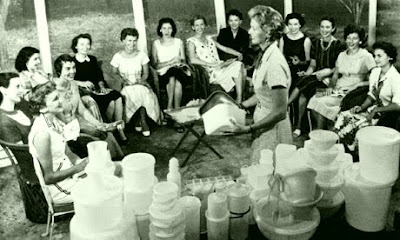 Up there with the biggies like Avon and Amway...Tupperware.

Earl Tupper was an "American manufacturer Earl Tupper, inventor of Tupperware, was born in New Hampshire. In the 1930's, Tupper invented a flexible, lightweight material that was used to make plastic gas masks during World War II. He then turned his attention to consumer products and created Tupperware - a line of plastic, airtight food storage containers. Sales languished in stores until it was discovered that home demonstrations better proved the value of the product, and thus, the Tupperware Party was born. It has since become a global institution in more than 100 countries."

Tupperware [Wikipedia]
Posted by Mercury at 6:12 AM