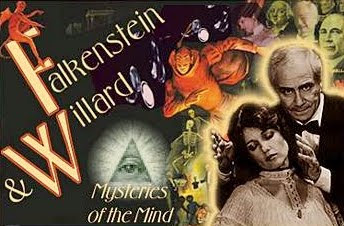 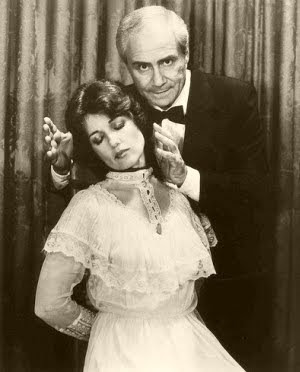 The mentalist came to fame in the early 1970s when he was a staple at the Magic Castle in Hollywood and hosted his own Los Angeles call-in radio show.

latimes.com
Glenn Falkenstein, a renowned mentalist who came to fame in the early 1970s when he was a staple at the Magic Castle in Hollywood and hosted his own Los Angeles call-in radio show, has died. He was 78.

Falkenstein, a former longtime Sherman Oaks resident who had struggled with Alzheimer's disease since 2006, died July 4, several days after entering a memory-care unit at an assisted-living facility in San Antonio, said his wife and performing partner, Frances Willard.

"He was the consummate showman, a showman of the old school," said magician David Charvet, who hosted a memorial for Falkenstein at the Magic Castle last Sunday. "The things he did were baffling, certainly, even to many magicians."

A fast-paced, dynamic performer with crisp diction, Falkenstein was known for his signature blindfold mind-reading act, which he performed around the world, including Las Vegas, and on "The Tonight Show" and other TV shows.

With half dollars secured over each eye with adhesive tape and wearing a curved steel mask, Falkenstein would pick up a card that had an audience member's name and a question written on it, crumple it and hold it over his head.

He'd then answer the question on the card and proceed to recite the audience member's Social Security number or address, give the maiden name of the person's mother and answer personal questions they were thinking such as naming a favorite food or movie.

"Although Falkenstein employed magicians' techniques, the performance gave every appearance to the audience of being genuine mind-reading," Charvet said.

In 1972, Falkenstein was named Stage Magician of the Year by the Academy of Magical Arts, the parent organization of the Magic Castle.

In 1978, he teamed with Willard, the daughter of acclaimed magician Harry Willard, who toured the southern United States as "Willard the Wizard" in large tent shows from the 1920s through the '60s.

Together, Falkenstein and Willard began performing the "Spirit Cabinet," a re-creation of the classic effect in magic as performed by Willard's father and mother for many years.

With the tuxedoed Falkenstein conducting the seance and Willard serving as the medium, she would have her wrists and neck bound with cotton cloth that was nailed to an upright board in a curtained enclosure where she was seated and put into a trance.

The act included bells and tambourines that had been placed in the cabinet mysteriously flying over the top after the curtains were closed.

"The amazing part of it was the speed at which the manifestations occurred," Charvet said. "For instance, a borrowed coat was tossed into the cabinet and instantly Glenn opened the front curtain and Frances was seen wearing the coat, her arms through the sleeves and still secured to the board.

"It was one of the greatest pieces of magic ever."

"The way he did it was just absolutely incredible," said Larsen, who discovered Falkenstein in the late 1960s when he was performing at the Hollywood Wax Museum and booked him into the Magic Castle, a private club for magicians and magic enthusiasts.

"Sometimes magicians do magic, and they really do magic," Larsen said with a laugh, "and that's what that act was. It was a wonderful, baffling thing. Plus, it was great comedy."

In 1994, Falkenstein was inducted into the Society of American Magicians Hall of Fame as a living legend.

He was born Feb. 3, 1932, in Los Angeles but grew up in Chicago, where his father owned the Hi Hat Club. Along with the singers, musicians and comedians who performed at the club were some of the nation's top magicians.

"Glenn would go down with a nanny to see the first dinner show every night, and he got hooked on magic," his wife said.

Falkenstein, who served four years in the Air Force and earned a bachelor's degree in education at Illinois State University, launched his career as a mentalist after arriving in Los Angeles in 1965.

In 1974, after making guest appearances on local radio programs, Falkenstein began hosting his own call-in radio show on KGBS, broadcast from a theater at Universal Studios.

He earned a master's degree in speech pathology at Pepperdine University and for many years was a speech pathologist for the Los Angeles County Office of Education, during which he used his magic skills to help young people overcome their speech defects.

In addition to his wife, Falkenstein is survived by a daughter from his first marriage, Cathleen Yeisley; his stepchildren, Aaron Tucker, Hannah Ammar and Margo Timon; a sister, Dale Myerson; five grandchildren; and two great-grandchildren. His son, Michael, and daughter Claudia preceded him in death.

Frances Willard (born 1940) is an American magician, famous for her performances at The Magic Castle and in Las Vegas. Willard and her husband Glenn Falkenstein (born 1932) are a popular mentalist team.

Willard, the daughter of magician Harry Willard (1896 to1970), began performing as a teenager although she had assisted with her father's Willard the Wizard shows as early as age six. Her first illusion was reminiscent of the Davenport Brothers' box illusion, a trademark illusion that she and Falkenstein continue to perform. Willard is apparently secured to a chair inside a curtained cabinet. When the curtain is closed, objects inside the cabinet fly about, but when the curtain is opened again, she continues to be restrained to the chair. To conclude the illusion, a male spectator joins her in the box. When the curtain opens, Willard is wearing the spectator's jacket and he has a bucket over his head, yet she remains tied to the chair.

The mentalism routine that Willard and Falkenstein perform has been compared to the classic routines of Julius and Agnes Zancig and the Piddingtons.

The Piddingtons
Posted by Mercury at 5:40 AM