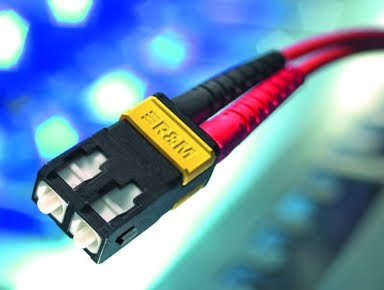 This is going to be a mess. Does the government need to step in on this issue? Remember the huge issues when analog went to digital--all because the government wanted to make a lot of money selling off part of the electromagnetic spectrum..

Interesting to note is that statistically more people use dialup than broadband. The availability, cost, and knowledge of use may be factors that preclude broadband use. It is humorous to see the Netzero commercials. They say...why spend so much for Netzero gets you to the Internet just like broadband and for only $9.95. They don't tell you that it is very slow surfing the Internet. I was once using Netzero services where they advertised "unlimited" Internet surfing. About a year later I received a written cancellation notice that it was costing them too much for my "unlimited" use. Idiots. And AT&T isn't much better when it comes to cost and service. I started at $14.95 a month and then it started to rapidly accelerate...now $25 a month. And they will not agree to a year's contract...it is month by month which gives them the opportunity to raise rates whenever they wish.

The Washington Post
Next week, Congress will weigh in with its view of the Federal Communications Commission’s national broadband plan. The Senate Commerce, Science and Transportation Committee has scheduled a hearing for Tuesday, March 23 at 2:30 p.m. to review the plan. The House Subcommittee on Communications, Technology and the Internet plans to hold its own hearing on the plan next Thursday, March 25.

The views of some lawmakers and regulators came out quickly once the plan was released, and not surprising those perspectives fell along party lines.

Rep. Edward J. Markey (D-Mass.), who was responsible for putting the broadband plan mandate into last year's stimulus act, hailed the plan as a foundation for implementing other technological improvements.

“The commission has given us a roadmap to a broadband future in which we consume less energy, improve the quality of health care through the use of technologies such as electronic medical records and ensure that every American has access to the tools they need to succeed,” Markey said.

Lawmakers next week are expected to question a variety of contentious issues raised by the plan, including the conversion of broadcast airwaves into mobile spectrum, data roaming on mobile networks, and line-sharing for small business access. Those provisions lie at the heart of concerns raised by some lawmakers and regulators that the plan could hamper the job creation or investment in broadband networks.

Republican FCC member Meredith Attwell Baker is a booster of mobile broadband expansion, but she warned against excessive intervention in markets as the agency pushes to allocate more airwaves for wireless networks.

“I would strongly oppose any efforts to dictate business plans or service offerings through regulatory mandate or inflexible allocations or service rules,” she said in her comments on the broadband plan Tuesday.

Baker also warned against overspending to support the plan. She agreed that the Universal Service Fund, which supports development of phone service in rural areas, should be reformed to help finance broadband deployment. But she said the fund shouldn’t grow it beyond its nearly $9 billion annual budget.

“It is our obligation to ensure that money is spent wisely to achieve the goals set out by Congress-but without distorting the market or breaking the bank,” said said.

Another Republican commissioner, Robert McDowell, cited eight critiques of the plan, saying a recommendation to open up television set-top boxes to more competition should be approached “gingerly.”

The agency recommended that by the end of 2012, cable and satellte TV customers should have access to new "gateway” devices that allow them to buy new boxes offering with Internet access from retailers. Currently, most subscribers rent their set top boxes - which are mostly without Internet access - directly from their cable and satellite service providers. That proposal could shift the market for paid television subscription services.

“This will not be easy technically and cable/satellite companies may object, but if it works, it could eventually create risk for pay TV subscribership levels from Internet TV,” said Concept Capital analyst Paul Gallant. “Such a gateway device also might increase churn among pay TV companies by letting customers keep their box but switch service providers.”

McDowell also warned against any move to to force large carriers to unbundle their networks and grant access to competing Internet service providers.

"Do You Want to Pay a 'National Broadband Fee'?"

PCMAG.COM
The recently released national broadband plan has grand ideas for hooking people up to high-speed Internet. But the plan also crafts a solution to a problem officials have been trying to solve since 2001 - interoperable communications.

On the other hand, the plan also floats the idea of a "national broadband fee," paid for by taxpayers.

The plan, which the Federal Communications Commission presented to Congress this week, calls on the government to use the power of broadband to improve public safety. Specifically, that includes the creation of a nationwide interoperable public safety wireless broadband communication networks by 2020.

"The country must do better," the FCC wrote. "With broadband, 911 call centers … could receive text, pictures, and videos from the public and relay them to first responders, [and] the government could use broadband networks to disseminate vital information to the public during emergencies in multiple formats and languages."

In the wake of the September 11, 2001 terrorist attacks, state and local fire and police officials responded to the call for help, but their equipment was not interoperable, causing communication problems. Police could not warn fire department officials about falling debris. Port Authority police could not tell state police to get out of a building, and so on.

The creation of a truly interoperable system has been talked about in Washington ever since, but nearly nine years later, no such thing exists.

The FCC's plan takes a three-pronged approach, the first of which calls on the FCC to open up some spectrum so networks don't become jammed during an emergency.

The January 2008, 700-MHz spectrum plan set aside the D-block for public safety use, but it failed to attract a bidder willing to pay the $1.3 billion reserve price. The FCC report suggests not focusing solely on the D-block, but engaging in partnerships with commercial operators for public safety use of wireless spectrum more broadly. Basically, if there's an emergency, first responders get to hop on available networks - not just those in the D-block - and are given first priority if that network is at capacity. However, the plan also doesn't explain how that would happen.

That would be funded by federal grants, the FCC said.

The plan also calls for the creation of an Emergency Response Interoperability Center (ERIC). Housed within the FCC, ERIC would ensure that all these apps, devices, and networks work together.

"Focusing on interoperability from the beginning should help the public safety broadband network to overcome the difficulties faced by other earlier voice efforts," the report said.

All these suggestions are useless without money, though. While a majority of the recommendations made in the 376-page FCC report are "budget-neutral" because they would ideally be funded by spectrum auctions and private investment, the public safety section is one of several that would require Congress to okay funding.

The FCC estimates that the interoperable network would require as much as $6.5 billion over 10 years, with most of that money needed between the second and fifth year. The costs associated with keeping these efforts going and sustainable, however, could be between $12 billion and $16 billion. Congress should allocate this money no later than FY2012, the report said.

Another way to get those funds? Add a surcharge to broadband service. "Imposing a minimal public safety fee on all U.S. broadband users would be a fair, sustainable and reasonable funding mechanism. The fee should be sufficient to support the operation and evolution of the public safety broadband network," the FCC said.

The FCC would also need an additional $6.9 million and $1.9 million every year thereafter to continue the FCC's Project Roll Call, which keeps tabs on the operational status of wireless and broadcast communications.

The public safety section of the report also touches on cyber-security. It calls on the FCC to: deliver a cyber-security roadmap to Congress within 180 days; require broadband and VoIP providers to report all outages; and create a cyber-security information reporting system with the Department of Homeland Security, among other things.

Finally, the plan includes proposals for next-generation 911 systems, which will incorporate broadband into the 911 system. The plan recommends that Congress tell the National Highway Traffic and Safety Administration to issue a report on costs, which will be used to develop of a federal regulatory framework for NG911 deployment.

it costs too much i believe....they should be charging dialup prices for high speed access.....and....competition over the existing cables. they have made enough....