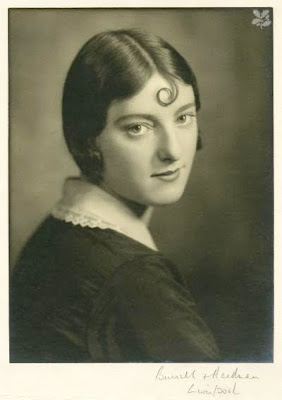 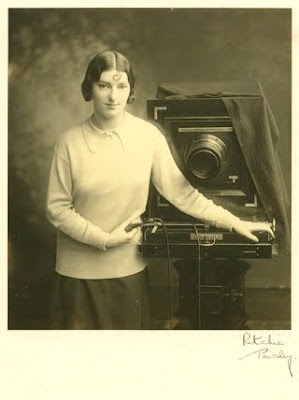 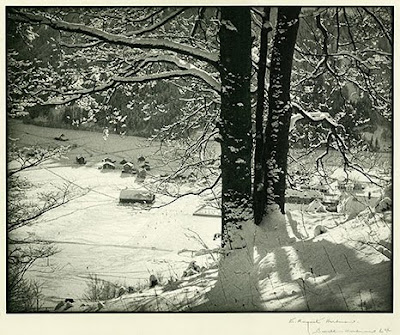 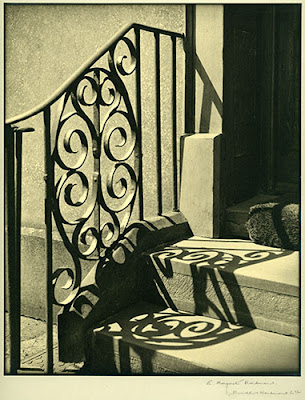 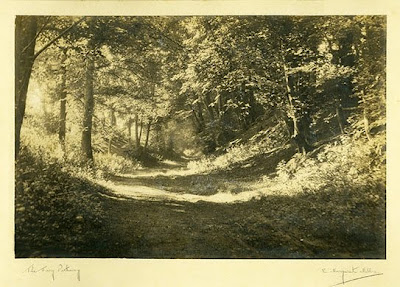 guardian.co.uk
Nothing could be more respectable than the devoted couple who lived at 59 Rodney Street, a smart Georgian house in one of the grandest streets in Liverpool. She ran the business, he, a buttoned-up Edwardian figure, reserved and quiet, took the pictures. Between them they created a photographic firm that proved the only place to go to for flattering portraits of plump babies, marriageable daughters, youths in uniform about to go to war, or aldermen bursting with pride in their robes.

But the photograph Edward Chambré Hardman took of Margaret Hardman in her silk camisole, or the smouldering photographs she took of actors such as Robert Donat, make it clear that there was more to the relationship than dull domesticity.

The first exhibition to bring a remarkable woman out of the shadows, and establish Margaret Hardman's reputation as an important photographer in her own right, opens this week in the house where she lived and worked until her death in 1970.

In 1926, and as a 17-year-old straight out of school, she was apprenticed to Edward, who was 10 years her senior. After she left to get a job in Scotland, tormenting him with accounts of other lovers, they married in 1932.

After her death he lived on as a virtual recluse until 1988, leaving an archive of more than 200,000 images, including thousands recording the now vanished houses, streets, shipyards and slums of his adopted city, an extraordinary body of work leading to his recognition as one of the most significant British photographers of the 20th century.

His belated fame, however, overshadowed his vivacious, clever and ambitious wife. She was the one who chatted up clients, bossed the staff and sent out the bills. But she also loved theatre, opera, dancing and music, wrote poems and music, took part in amateur theatricals, and left a wardrobe of film-star glamour, including dozens of hats and boxes of vividly coloured jewellery. Even her wellingtons had high heels.

It is Margaret whom people who visited or worked in the house remember. She stamped like a flamenco dancer and people came running, recalled a former employee. But they also recollected her kindness: one darkroom worker found at the end of the day that she had replaced his worn bicycle tyres.

Margaret also left thousands of her own photographs, many stamped with the firm's name but unsigned.

"I'm starting to recognise them, they have a very distinctive quality," said Ffion George, curator of the Hardman house in Merseyside, which is now owned by the National Trust. "He was renowned for the use of shadows in his work, but she pushed that to extremes."

Her portrait of Donat, one of several of the Liverpool Playhouse stars the Hardmans photographed, transforms an actor usually pictured as gentle and soft into a dangerously sexy thug. "She has a real eye, and there's always a sense of drama in her photographs."

George is certain it was Margaret who inspired the move from the studio's first home in Hope Street, close to many other rival firms, to Rodney Street, a road still dubbed the Harley Street of Liverpool. There the couple lived in three small, dark, back rooms, leaving all the grand high-ceilinged rooms to the business – waiting rooms, dressing rooms, offices, studios, darkrooms.

The house still has its masses of toys, kept to distract and pacify small clients. The lampshades and mirrors on the ground floor, where the clients waited, are subtly tinted pink: the Hardmans could make the most unpromising subject look beautiful.

The couple kept everything, including tinned food, even tinned eclairs, and medicines. But according to George there appears no evidence that the pair ever cooked anything except toast.

Margaret had been interested in photography from childhood; her headmistress sent her to Hardman with a glowing reference in 1926, and she quickly learned the business. Within three years she had left for a job in Paisley, clutching a glowing reference from Hardman, describing her as "energetic, most intelligent, versatile, and [with] an excellent memory".

He wrote: "We are very sorry to lose her." Just how much soon became clear. Almost immediately they started to exchange increasingly personal letters, and within months they were "Pearl" and "Gobbles". She sent him photographs and reviews of her roles in amateur theatricals, and accounts of at least two affairs.

That did the trick: after Edward's flurry of panic stricken letters and telegrams they were soon engaged. A touching wedding-day photograph shows him looking down at the pretty woman straightening his tie. They would hardly be parted until Margaret died of cancer, aged 61. Edward, heartbroken, rarely left the house in his remaining years. George said of Margaret. "She was the power in the relationship … and a very interesting and talented woman."
Posted by Mercury at 6:05 AM