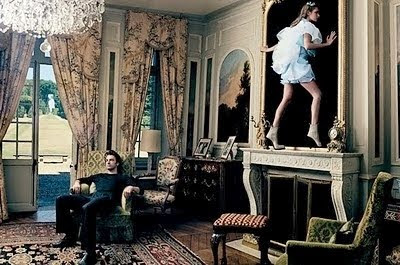 "What Lewis Carroll Taught Us"

Alice's creator knew all about role-playing.

Slate
Toward the end of his life, in 1896, Charles Lutwidge Dodgson (also known as Lewis Carroll) published a survey of his professional work as an Oxford mathematician. Symbolic Logic set out to clarify the confusion he saw at work among the academic logicians of his day. Logic emerges, in this volume, as something of a game: rule-governed, yet arbitrary. It is not the dry purview of the pedant, but the imaginative landscape of a creative mind. Indeed, the book concludes, logicians often think of things like the cupola of a proposition "almost as if it were a living, conscious entity, capable of declaring for itself what it chose to mean." But Dodgson warns that we should not simply "submit" to the "sovereign will and pleasure" of these terms. Instead, "any writer of a book is fully authorized in attaching any meaning he likes to any word of phrase he intends to use."

Readers familiar with the works of Lewis Carroll will see much in these few sentences to remind them of the strangely logical and always symbolic world of Alice in Wonderland and Through the Looking-Glass, where concepts become weirdly animated. Think of the caprice of the Red Queen, at whose sovereign will and pleasure knaves and servants bow and scrape. And the avowal that a writer should attach any meaning to a word or phrase sounds straight out of the mouths of any of the mad and maddening poets of these books. Recall Humpty Dumpty, who after explicating the poem "Jabberwocky," announces: "When I use a word it means just what I choose it to mean—neither more nor less."

What meaning can we find in Lewis Carroll's life? His children's books have been, almost since the moment of their publication, cornerstones of bedtime reading and classroom performance. His photographs of Alice Liddell and her friends still stand as brilliant testimonies to the taste, the sentiment, and perhaps the sexuality of mid-Victorian England. Are they evidence of portraiture or pedophilia? Can we make a meaning for them, or should we seek to recover what their maker intended in their poses?

Much critical scholarship on Carroll and his literary peers has focused on the biographical. Jenny Woolf's new book, The Mystery of Lewis Carroll, sticks to this tradition. Her goal is to find the "real man" behind the literary feints, the professional facades, and the puzzling photographs. Biographical details are invoked to explain creative choices. Woolf links, for example, the quiet, melancholy affect of Through the Looking-Glass (as opposed to the brisk mania of Alice in Wonderland) to the death of Carroll's father. She draws on reminiscences of the elderly survivors of the Liddell circle to illuminate the life of Charles and Alice 70 years earlier. Sometimes this method unearths some curious facts. For example, Woolf makes much of the notion that "Carroll seems to have had an obsession with the number 42." It is everywhere in his books, the answer to strange puzzles and to the enigma of age (the Red Queen has been calculated to have been exactly 37,044 days old, the same age as the White Queen, giving a total of 74,088 days, which is 42 x 42 x 42). Woolf makes that point that here, as in so much of Carroll's writing, he resorts to numerical patterns to impose a deeper meaning on the seeming randomness of life. But after three pages of numerical puzzling, we never learn why it was "42" that so obsessed him.

This is a quirk, but hardly a mystery. Elsewhere, Woolf's search for mysteries leads only to clichés. Reading through the personal letters, she concludes, "He saw the funny side of life, and eagerly collected curious trifles and new ideas." Her naive account of Carroll's photographs has the tone of an enthusiastic grade-school teacher: "Looking at these photographs, it is easy to imagine what fun it must have been to devise them, and how delightful it must have been for the sitters to see themselves transformed into exotic characters very different from their ordinary selves."

I would not claim that all of Carroll's photographs are icons of perversity or that his relationship to the girls of the Liddell circle knowingly crossed the norms of 19th-century acceptability. Carroll was no J.M. Barrie. But his photographs and fiction are nuanced responses to a range of social habits and personal predilections. "Carroll," Woolf states, "was fascinated by the visual world." Yes, but it was a visual world always filtered through the camera's lens or through the looking glass. It was all more than "fun." Carroll saw the world as made up of performers and performances. There was a powerful theatricality to everything he did, very much in step with the Victorian fascination with dress-up and display, and with the ever-changing body beneath the disguises.

Little wonder that the great art form of the period was caricature: a blend of political and social satire, mannerist exaggeration, and subversive wit. Carroll's contemporary Edward Lear was one of the great caricaturists of the century. So was Carroll's illustrator John Tenniel (and so, too, was their American contemporary Thomas Nast). In passing, Woolf notes that late in life, Carroll drifted into "self-caricature." But instead of pursuing this line of insight, she tries to resolve the extremes of the life and work into domesticated eccentricity. Her tone throughout speaks down to what may well have been intended as a young-adult reader. "Carroll was dramatic, creative and emotional, but none of these qualities were particularly admired in Victorian middle-class society, and he did not choose to express them much in public."

In fact, a key to Carroll's elusive identity and his art was his recognition that all life involves role-playing. His literary fictions and his photographs capture the drama of protean self-presentation so central to 19th-century experience. The Red Queen's court is as much a theater as Victoria's. Alice is on stage as much as a Savoyard ingénue. Wonderland and Through the Looking-Glass are peppered with performers, reciting their poems or their stories. Indeed, the Caterpillar's command for Alice to recite, "You are old, Father William," comes off as a fickle play-director's call for an audience piece—only to decide he's made a casting mistake: "That is not said right. … It is wrong from beginning to end."

Look once again at Carroll's photographs: Alice Liddell as a seductive beggar maid; Xie Kitchin in a fur hat, dressed up like "a Dane"; Reginald Southey with his arm around a human skeleton; the girls in Chinese dress (all of them, and more, finely reproduced in Woolf's book). These are the tableaux of Victorian melodrama, images on stage-sets of the imagination—now fixed, but ever susceptible to change. Like the photographs of Carroll's contemporary Julia Margaret Cameron, who dressed up famous friends and local neighbors in Arthurian garb, they are essays in impersonation. They call to mind, too, the work of the now-forgotten Mary Cowden Clarke, whose then-popular The Girlhood of Shakespeare's Heroines (first printed in 1851) imagined Ophelia and Rosalind, and a host of others, growing up before their appearance in Shakespeare's plays.

It is precisely this sense of the self as artifice that locates Carroll at the heart of his Victorian society—the idea not just that we all play roles in life, but also that the characters of an imagined fiction could have lived before their stage entrances. In the end, it may be better not to try to reconcile the different sides of Dodson's life but instead to see "Lewis Carroll" as a persona in a drama, played and scripted by an Oxford don. The mystery of Lewis Carroll is really nothing less than the mystery of the Victorians themselves: their piety set side-by-side with parody; their domesticity shading their deviance; their decorum left at the stage door. Alice herself would have an afterlife in theater (a musical Alice in Wonderland opened in 1886, and there have been countless plays, films, and television adaptations). To think freshly about Carroll and his work, we would do well to watch how he celebrates the disparate and the dramatic and to recognize, more than a century after his death, that his work continues to teach us the rules of the game of choosing what we mean, without losing our heads. 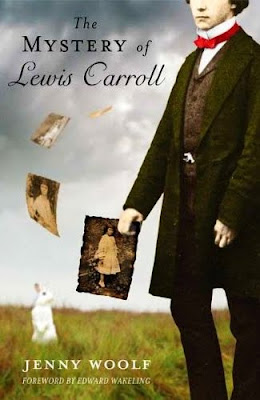 The Mystery of Lewis Carroll: Discovering the Whimsical, Thoughtful, and Sometimes Lonely Man Who Created "Alice in Wonderland"