The Google generation and libraries 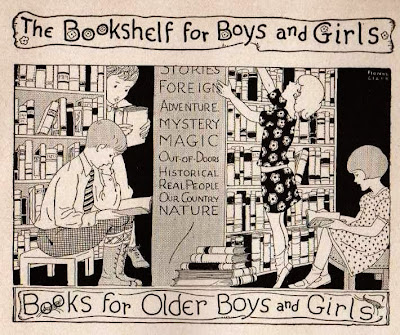 For the Google generation, closing school libraries could be disastrous. Not teaching kids how to sift through sources is like sending them into the world without knowing how to read.

latimes.com
The current generation of kindergartners to 12th graders -- those born between 1991 and 2004 -- has no memory of a time before Google. But although these students are far more tech savvy than their parents and are perpetually connected to the Internet, they know a lot less than they think. And worse, they don't know what they don't know.

As a librarian in the Pasadena Unified School District, I teach students research skills. But I've just been pink-slipped, along with five other middle school and high school librarians, and only a parcel tax on the city's May ballot can save the district's libraries. Closing libraries is always a bad idea, but for the Google generation, it could be disastrous. In a time when information literacy is increasingly crucial to life and work, not teaching kids how to search for information is like sending them out into the world without knowing how to read.

Instead of simply navigating books and the Readers' Guide to Periodical Literature -- an annual index of magazine and newspaper articles used in the olden days -- today's students sift through an infinite number of options: books, Internet sources, academic databases. Much of the time they opt for Google, which is like beingtossed into the ocean without a paddle.

An info-literate student can find theright bit of information amid the sea of irrelevance and misinformation. But any college librarian will tell you that freshman research skills areabsolutely abysmal. Before they graduate from high school, students need to be able tounderstand thephenomenal number of information options at their fingertips, learn how to work with non-Google-style search queries, avoid plagiarism and judge whether the facts before them were culled by an expert in the field or tossed off by a crackpot in the basement.

As even struggling school districts manage to place computers in classrooms, it's difficult to find a child without Internet access. But look closer at what happens when students undertake an academic task as simple as researching global warming -- tens of millions of hits on Google -- and it becomes clear that the so-called divide is not digital but informational. It's not about access; it's about agility.

Most children consider a computer search second nature, so trying to give them instruction or advice can be difficult. Recently, noticing that a sixth-grader didn't know how to search the school library catalog, I tried to show him the steps. "You don't need to tell me," he said, clearly insulted. "I know how to use a computer!"

It is especially shocking when students attempt to tap into the library's catalog system by entering a book search on Amazon or searching the website for Accelerated Reader's BookFinder (an online database that contains every book included in the Accelerated Reader program). They sometimes don't understand that these are discrete sites and systems. For them, the Internet is one big amorphous information universe.

And to most kids, whatever they read on the Internet is "all good." I've been told, quite emphatically, that the Apollo moonwalk never happened, the Holocaust was a hoax and George W. Bush orchestrated 9/11 -- all based on text, photos or videos found online.

Although students might be able to hack through a school's video-game blocking devices, they have trouble formulating successful search queries and making sense of what they find. This needs to be taught -- again and again and again, in different grades and in different ways.

Librarians can show students how tojudge a website and how to avoid landing on bogus ones. We can also train them to come up with the kind of precision search terms that could save them hours of sorting through a heap of useless hits.

To research global warming, for example, I'd suggest an academic database such as ProQuest's eLibrary or SIRS Researcher, which have age-appropriate content. Or I'd steer students to reliable Internet sources from library subscription sites such as Britannica Online, which are vetted by experts. I could also teach them to use Google's advanced features.

Instead of laying off librarians, we should be studying how children think about information and technology. We need professionals to advocate for teaching information literacy from an early age. We need librarians to love books -- to inspire kids to turn off the screen sometimes and get caught up in a story -- but we also need them to train students to manipulate search engines and databases, to think about themin a fresh way.

Instead of closing library doors, we need to give librarians the time to teach what they know: basic research survival skills that are as important as reading, writing and math. If we don't teach our kids to take charge of information, they will get swept aside by it.

[Sara Scribner is a librarian at Blair International Baccalaureate School, a public middle and high school in Pasadena.]
Posted by Mercury at 6:14 AM

i have only my grand children to compare but there are about the same numbers of those who read and those who do not....as when i grew up. i was one of those who did. as far as libraries go, times are changing and that is life. adapt or perish...it is the commonality humanity shares.

"The power that be" has been downsizing "public education" for awhile now. Your reasons for why does not go far enough. In fact, to some degree it mimics the problem.

SOLUTION: In order to stop the IVORY tower dwellers(elitism). People must Adjust "Us 4 and no more ATTITUDE". You correctly explain some of the challenges
librarians face; Nevertheless your consciousness is simply a different sides of the same coin of which you warn us.
EXAMPLE: This comes from your text "that the Apollo moonwalk never happened, the Holocaust was a hoax and George W. Bush orchestrated 9/11 -- all based on text, photos or videos found online."

It suggests the same ole narrow minded viewpoint... and today's students get that; until public school educators begin to ADVOCATE consciousness change, nothing will change because all you are doing is re-hashing the same biases.