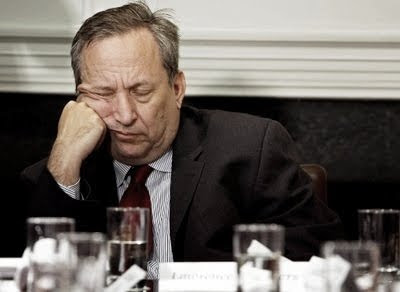 The New York Times
Five years after Lawrence H. Summers, then the president of Harvard University, suggested that innate differences might explain why women are less successful in science and math careers than men, Harvard is, in some ways, a different place.

Professors can get up to $20,000 to help pay for child care, there are new programs to encourage young women to pursue science and research careers, and seven of the 16 members of Harvard’s Council of Deans are now women.

“This is not your father’s Harvard,” said Martha Minow, dean of the law school.

In the furor over his remarks, Dr. Summers — now the senior economic adviser to President Obama — resigned and was replaced by Drew Gilpin Faust, the first woman to lead the university.

Universitywide, slightly more than a quarter of Harvard faculty members are women, an all-time high, with the senior faculty accounting for most of the increase. Women also lead the engineering school, the law school, the education school, Harvard College and the Radcliffe Institute. And while Harvard extended 4 of its 32 tenure offers to women in the year before Dr. Summers’s speech, last year, tenure offers went to 16 women and 25 men.

Since Dr. Summers’s resignation in 2006, Harvard has also poured millions of dollars into child care centers and family-friendly programs for the faculty — including research-enabling grants that let junior faculty members take their babies and nannies on field trips.

But Harvard has changed in another way, too: Its endowment has lost $11 billion. And with budget cuts now high on the agenda, Dr. Faust acknowledged that changes might be coming in its spending on such programs.

“This was a pilot, an experiment, described as that,” she said. “We’re collecting data on what works best, and still thinking that through.”

Then, too, with the faculty expected to shrink slightly in coming years, bringing in more women will be more difficult.

In his now-infamous remarks, at a conference in January 2005, Dr. Summers said “there are issues of intrinsic aptitude, and particularly of the variability of aptitude,” which he said are reinforced by “lesser factors involving socialization and continuing discrimination.”

Today, there is little eagerness at Harvard to discuss the Summers incident. Two top scientists, Cynthia M. Friend, the former head of the chemistry department, and Barbara J. Grosz, who led a task force on women in science after Dr. Summers’s speech, declined to be interviewed.

When Lauren K. Williams was offered a math lectureship shortly after Dr. Summers’s remarks, she said she asked repeatedly whether it was because of her gender, and was reassured that it was not. But with women so scarce, a cloud of suspicion was there.

“Shortly after I started my position at Harvard, another mathematician asked me: ‘Why did Harvard hire you? Did they want a girl?’ ” said Dr. Williams, who has since left Harvard for a tenure-track position at the University of California, Berkeley.

The earth and planetary sciences department tenured its first woman, Ann Pearson, this year. In physics and chemistry, female professors are still few.

“Different departments are at different points,” said Elena M. Kramer, a biology professor. “In biology, where women earn half the Ph.D.’s, it’s not so hard to hire women. You don’t need any hand-wringing; if you’re doing a good search, you’ll get women. In physics, we need to work on getting more young women into the field as undergraduates.”

Given the overlap between the biological clock and the tenure clock, helping more women into senior academic positions is especially difficult at Harvard, where tenure is unusually slow, coming only with promotion to full professor. Also, Harvard has long been known for recruiting outsiders to senior positions, rather than promoting junior faculty members.

“Harvard has been shifting in recent years, bringing people in earlier and promoting them from assistant professor to associate and tenure,” Dr. Faust said. “We believe in the tenure track and we’re drawing on a different pool now. It’s a culture shift.”

But reputations are difficult to change.

“Our biggest challenge is this misperception that Harvard doesn’t tenure its own junior faculty,” Dr. Kramer said. “And because many of our wonderful senior faculty women came up in the ’70s and ’80s and don’t have families, some young women who know they want families might look at them and say, ‘I don’t want that kind of life’ and take themselves out of the pipeline.”

Two task forces that Dr. Summers appointed after his remarks — on women in the faculty and women in science and engineering — recommended most of Harvard’s new programs, plus the appointment of a senior official to oversee them. That official, Judith D. Singer, tracks both women and minorities as they move up the tenure ladder.

“The sea change is that we actually have a tenure track now,” Dr. Singer said. “We are increasingly promoting from within, and 36 percent of the junior-ladder faculty are women. Senior faculty is hard to change, because 95 percent of them were here last year, so it’s mostly a function of who you bring in. And there is still an old guard, to be honest, for whom this is not a priority.”

Howard Georgi, former chairman of the physics department, remembers being struck years ago by how differently men and women responded to a survey of satisfaction among physics majors.

“The men loved it and the women hated it, and because there were more men than women, and we’d never before broken down by gender, we’d looked like we were doing O.K.,” Dr. Georgi said.

“Women who concentrate in the field are happier now,” he added, “but there hasn’t been a dramatic change in the numbers coming in, and that’s a little frustrating and puzzling.”

Does having a woman as Harvard’s president make a difference?

Use the blog's search engine and type in Larry Summers for many more items.
Posted by Mercury at 6:46 PM