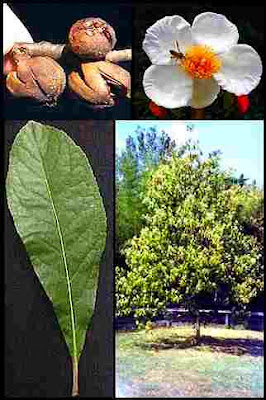 What's that...its a very special tree that has never been seen in the wild since 1803. The tree was named by two brothers, American botanists John Bartram [March 23rd, 1699] and William. All Franklinias today are descended from those propagated and distributed by the Bartrams, who are credited with saving it from extinction. The tree acknowledges their friend and colleague Ben Franklin and where it was found, the Altamaha River in Georgia.