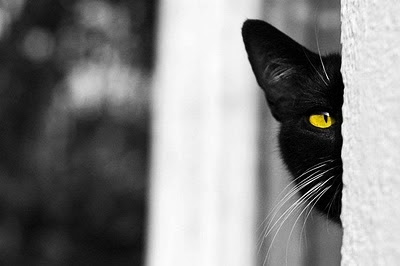 "How America Became a Surveillance State"

Time
It reads like a spy novel, but in The Watchers: The Rise of America's Surveillance State, author Shane Harris lays out the U.S. government's real-life efforts to see and hear more in the face of growing terrorist threats. He pays particular attention to Total Information Awareness, a post-9/11 research project spearheaded by John Poindexter, once President Reagan's national security advisor. Harris, a reporter for National Journal, spoke to TIME about Poindexter, the fate of TIA, and the state of surveillance in America. He didn't object, mind you, to being recorded.

Your book has an ominous title, but you're very sympathetic to many of the characters. Do you feel we can trust "The Watchers"?

What did Reagan say - trust but verify? I've yet to meet anybody in this particular space who I thought had nefarious intentions or was out to violate people's privacy or anything like that. I'm willing to trust, but at the same time there have to be checks put in place and there has to be transparency and accountability. Bureaucracies have a way of taking on lives and actions of their own.

How did you zero in on John Poindexter as the protagonist in this story?

Back in 2002 and 2003, I was covering technology and the government, and I was writing about the Total Information Awareness (TIA) program, which he was running at the Defense Department. I was never able to get an interview with him, but after he left government, I ran into him at a conference. I said would you ever be willing to sit down with me and do interviews, and he said he would do it, on the condition that I would come out to his house and we would do multiple interviews and it would all be on the record. What a burdensome request.

What was unique about TIA?

One was the scope of it. No one to that point had ever proposed trying to go out and find patterns of suspicious activity in data that was held in private hands. He wasn't just talking about mining through CIA reports and FBI reports and NSA reports and all the three-letter agencies, he wanted to actually go out and plug into credit card databases and bank transaction records and the telecom networks, and plane and car reservation rental records, and all of this kind of stuff.

The other piece of it that was unique, and that nobody has ever replicated, was this idea of using technology to enhance privacy by encrypting the identities of the people whose data you're collecting. In terms of scale, he'd often described it as sort of a "Manhattan Project" for counterterrorism, and I think that was an apt description.

You trace the rise of the American surveillance state to the Beirut bombings in 1983?

There were all of these clues about terrorist attacks against the Americans in Lebanon that the intelligence community had failed to piece together. When I realized that this was sort of the beginning of suicidal terrorism, and there had been a failure to connect the dots, I thought: this is 9/11, only in 1983. This theme keeps repeating, so from the standpoint of a narrative, I realized you have to start in 1983 to understand how far back this actually goes, and to know that what we know of as the "war on terror" is not something that began after 9/11, it really began almost 25 years ago.

Reagan even used, or his administration even used, the term "war against terrorism," right?

Yeah. In '84 they started pushing new legislation to try and do different things to counter terrorist groups and to freeze their assets and marshal the forces of government, and this is when they announced they were declaring a "war against terrorism." I remember going back to the Reagan records and seeing that, and having this startling moment.

Congress recently extended the Patriot Act. What do you make of that?

We've crossed into this era where surveillance and surveillance capabilities in the government are just a reality, and I don't think you're going to see Congress taking away that authority. They'll try and tighten up the controls and the oversight. But you don't hear anybody seriously, or at least not any of the influential members of Congress saying, Yeah, we need to get rid of the Patriot Act altogether and go back to the way it was before September 11. That's not going to happen.

To what extent do you think the outrage over Total Information Awareness—with its name, and its logo, the all-seeing eye— was a PR problem?

A lot of it was a PR problem. You had the name, which was scary, the logo, which was just preposterous - I mean, it really, really was. I repeatedly asked Poindexter, "You really don't understand how people thought that this was creepy and disturbing?" And he always kind of chuckled and said, "No, no, no. I thought it was a pretty neat idea." He clearly sees the world one way.

And also, it was the scale of it. It was just the fact that they were talking about collecting all of this information, and this really was the idea, collecting everything that they could get their hands on. 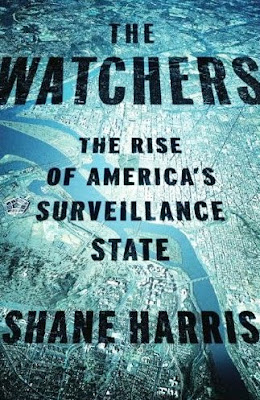 The Watchers: The Rise of America's Surveillance State

I can sell you a cloaking device for your raincoat.