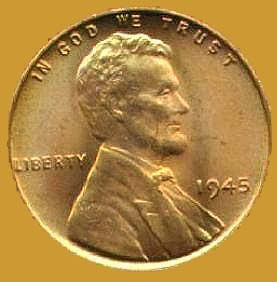 Should the penny be dropped from circulation?

Okay, they are a nuisance and have little intrinsic value...not copper anymore. "A penny is the lowest form of American currency, worth only one cent, and is popularly believed to be made solely of copper. However, the common penny has been made of a variety of materials over the years, with copper even being removed completely in 1943. Today, a penny is made of 97.5 percent zinc, and 2.5 percent copper." So why do we still use them and keep them in circulation? As a matter of fact, they cost more to manufacture than they are intrinsically worth. Money down a rat hole? Maybe we have some nostalgic fondness for them. Logic would dictate that it is not a wise economic practice to pay more for something than it is worth. Get rid of them.

Business Insider
The U.S. has a currency problem. No, not just the dollar, or even the staggering debt and deficit, but another one: It loses money making pennies and nickels. Here is some musing on the problem from the new White House budget docs:

The Mint's primary cost driver is the price of metal, a factor over which it has no control. Daily spot prices of copper and zinc, the Mint's two main metallic materials, have fluctuated in excess of 100 percent, and the price of nickel by 500 percent in recent years. This contributes to volatile and negative margins on both the penny and nickel: in recent years the penny has cost approximately 1.8 cents and the nickel approximately 9 cents to produce. Costs have exceeded the value of these two coins by over $100 million in prior years.

Well, the White House and the Mint have a cost-saving solution:

The 2011 Budget would bring the costs of coins more in-line with their face values and create a more sustainable, cost-effective 21st Century use of materials in the minting process. The Budget enables the Department of the Treasury to explore, analyze, and approve new, less expensive materials for all circulating coins ...

Paper? Plastic? The return of the wooden nickel?
Posted by Mercury at 5:01 PM

do away with them, it would be a windfall for governments and business....they need the money...they will spend it for our good

I will still pick them up from the ground. Hey, do that 500 times and ya got five bucks! Good exercise too.