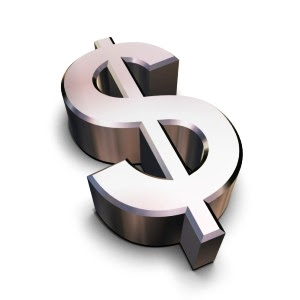 Oh my, this is going to be a real ethical and legal issue.

USA TODAY
Paying people for living kidney donations would increase the supply of the organs and would not result in a disproportionate number of poor donors, a study by researchers from the University of Pennsylvania and the Philadelphia Veterans Affairs Medical Center concludes.

The study, published this month in the Annals of Internal Medicine, asked 342 participants whether they would donate a kidney with varying payments of $0, $10,000 and $100,000. The study called for a real-world test of a regulated payment system.

The possibility of payments nearly doubled the number of participants in the study who said they would donate a kidney to a stranger, but it did not influence those with lower income levels more than those with higher incomes, according to Scott Halpern, one of the study's authors and senior fellow at the University of Pennsylvania's Center for Bioethics.

Though it is illegal to buy or sell any organ in the USA, payments are accepted for those who become surrogate mothers, donate eggs or participate in clinical research, Halpern says.

Lainie Ross, associate director of the MacLean Center for Clinical Medical Ethics at the University of Chicago, says she feels the findings are flawed because interviews were done with participants waiting for a commuter train and thus left out poorer people who don't have jobs. "The buying and selling of organs will be exploitative because we will end up buying organs from very poor people," Ross says.

Fewer than 100 people give living kidney donations to strangers each year, Ross says, but up to 30% of respondents in the study said they would donate to someone they didn't know even without payment. This inconsistency, Ross says, means participants said what they thought they should say, not what they would do in a real-world situation.

Halpern says the study was not designed to determine the exact number of people who would donate in a given situation, but rather how potential donors are impacted by payments, risk and whether the recipient is a stranger or family member.

Last year, 6,475 people died while on the waiting list for an organ transplant, and 4,476 were waiting for a kidney transplant, according to the Organ Procurement and Transplantation Network, part of the Health and Human Services Administration.

"There's no real reason why that model has to be continued," Halpern says of the current system. "There's nothing intrinsically unique about organ donation that requires it to be a truly altruistic act."

George Annas, professor of health law, bioethics and human rights at Boston University's School of Public Health, predicts a payment system would result in an increase in health care costs for transplants. He says the study raises the question of whether the United States really wants to put body parts on the market, even a regulated one.

"I would not be against a reasonable trial to see how it works … (but) we do not want a society in which the rich literally live off the bodies of the poor," Annas says.
Posted by Mercury at 7:41 PM