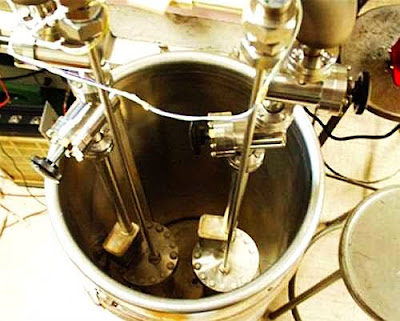 Frankly, I don't know the intricate physics involved and cannot evaluate effectively. All I am familiar with are the superficial reports of the technique and the fraud factor.

SPACEDAILY
A potential new energy source so controversial that people once regarded it as junk science is moving closer to acceptance by the mainstream scientific community. That's the conclusion of the organizer of one of the largest scientific sessions on the topic - "cold fusion" - being held here for the next two days in the Moscone Center during the 239th National Meeting of the American Chemical Society (ACS).

"Years ago, many scientists were afraid to speak about 'cold fusion' to a mainstream audience," said Jan Marwan, Ph.D., the internationally known expert who organized the symposium. Marwan heads the research firm, Dr. Marwan Chemie in Berlin, Germany. Entitled "New Energy Technology," the symposium will include nearly 50 presentations describing the latest discoveries on the topic.

"Now most of the scientists are no longer afraid and most of the cold fusion researchers are attracted to the ACS meeting," Marwan said.

"I've also noticed that the field is gaining new researchers from universities that had previously not pursued cold fusion research. More and more people are becoming interested in it. There's still some resistance to this field.

"But we just have to keep on as we have done so far, exploring cold fusion step by step, and that will make it a successful alternative energy source. With time and patience, I'm really optimistic we can do this!"

The term "cold fusion" originated in 1989 when Martin Fleishmann and Stanley Pons claimed achieving nuclear fusion at room temperature with a simple, inexpensive tabletop device. That claim fomented an international sensation because nuclear fusion holds potential for providing the world with a virtually limitless new source of energy.

Fuel for fusion comes from ordinary seawater, and estimates indicate that 1 gallon of seawater packs the energy equivalent of 16 gallons of gasoline at 100 percent efficiency for energy production. The claim also ignited scepticism, because conventional wisdom said that achieving fusion required multi-billion-dollar fusion reactors that operate at tens of millions of degrees Fahrenheit.

When other scientists could not reproduce the Pons-Fleishmann results, research on cold fusion fell into disrepute. Humiliated by the scientific establishment, their reputations ruined, Pons and Fleishmann closed their labs, fled the country, and dropped out of sight. The handful of scientists who continued research avoided the term "cold fusion."

Instead, they used the term "low energy nuclear reactions (LENR)." Research papers at the ACS symposium openly refer to "cold fusion" and some describe cold fusion as the "Fleishmann-Pons Effect" in honor of the pioneers, Marwan noted.

"The field is now experiencing a rebirth in research efforts and interest, with evidence suggesting that cold fusion may be a reality." Marwan said. He noted, for instance, that the number of presentations on the topic at ACS National Meetings has quadrupled since 2007.