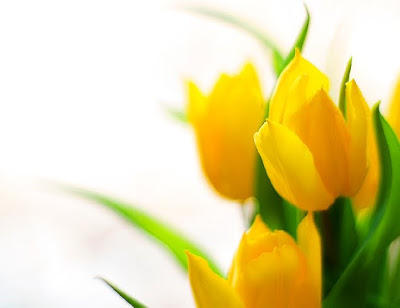 Where are the $#$$##@# Spring flowers and warmer weather? Last night this Midwestern city was advised of an approaching snow storm. Say what?...it's March 19th. Sure enough. I woke up this morning to dead silence and checked on the status of outdoor felines. Sure enough. Four inches of snow and more expected. Well, it won't be too long and we will be complaining about the heat and humidity. We are never satisfied.

I wonder if a certain Egyptologist is aware...

"Spring about to 'explode' in Britain, conservationists say"

Experts believe release of pent-up energy after such a long, hard winter could produce the most spectacular spring in years

guardian.co.uk
Up in the plane and ash trees, all London's wildlife appeared hard at spring yesterday. Tail feathers were shaking along the Regent's canal, the first buds were bursting on brambles and honeysuckle and carpets of crocuses were delighting crowds in the grand royal parks.

But in the more egalitarian Camley Street natural park, just 100 yards from St Pancras station, there was still precious little sight or sound of a new season. A heron was spotted last week, a few tits were investigating the bat boxes but the grasses were dead, the hedgehog boxes empty and the newts absent.

It's been the longest, hardest winter the UK has known for 30 years, with twice as many frosty nights as usual, says the Met Office. Wales has barely seen a daffodil and vast swaths of countryside that should be green by now are still dull and grey after months under snow. But – shout it! - tomorrow is the vernal equinox, the official first day of spring in the northern hemisphere, when night and day are the same length.The release of pent-up energy could spur the most spectacular spring for years, but there have been losers as well as winners.

For more than a decade, ever milder winters have led to ever earlier springs, with daffodils and frogspawn found at Christmas and confused insects and small mammals stirring in January. But this year, says Matthew Oakes, conservation adviser to the National Trust, harks back to older times when British life, to all natural intents, began near the end of March. "The trend is to earlier seasons, but this is a slow, late, old fashioned spring," he said.

Oakes, who keeps meticulous records of nature's first sightings, says wildlife in London is well ahead of the rest of the country because of the "heat island" effect of 12 million people driving cars and heating their homes. "Outside London, everything appears incredibly late this year. It's the first year since 1996 that there have been no bumblebees in January. In the woods very little has been happening. The bluebells and wild garlic are putting up their first spikes and the primroses are just starting. There a little bit of green from honeysuckle and rose but the woods are really leafless.

"Rooks are only building their nests now. The bluebells this year will be very late, perhaps not in full flower until mid-May," he adds.

Oates's predictions were echoed by Steve Marsh, a conservationist with the Woodland Trust, which has up to 40,000 people recording the arrival of the seasons and posting sightings on the web. He said: "This has been an exceptional season. We've only had one blackthorn in blossom so far, yet usually we would have 1,000 or more sightings by now. There have been only 10 recordings of coltsfoot when we would have expected hundreds. And it's the same with celandines. Normally we would see them now right across the UK, but this year there has been sparse coverage in the south and midlands and almost none reported in northern England and Scotland". But he adds that even this year's "late" spring is early compared to 1970s. "

Among those celebrating, say conservationists, are galanthophiles - snowdrop lovers - and those cherishing bats, who can expect a bumper year because the baby mammals thrive in a hard winter with its deep, refreshing hibernation. Equally, Jack Frost may have stopped some pests in their tracks, including the parasitical sturmia bella fly which has nearly wiped out tortoiseshell butterflies and the midge that can spread the bluetongue virus among livestock.

But pity the very small birds, says Paul Stancliffe, of the British Trust for Ornithology. "We don't know for certain yet what effect this winter has had on bird populations, but other bad winters, like in the 1940s and 1960s, really hit small ones like the goldcrest and the wren very hard. This winter will almost certainly have had an [adverse] effect on them. Frozen water and plummeting temperatures may have also severely reduced populations of birds like the kingfisher and heron, who have had less water open water to feed from."

But the growing British habit of feeding garden birds will certainly have helped, he says. "We spend £200m-300m a year on bird food. That will have seen many birds through the harshest months."

On the wing, there are further signs of winter easing its grip. Scientists in Ghana this week reported great flocks of swifts heading north and the first swallows and wheatears have just arrived in southern England from equatorial Africa after one of nature's greatest annual journeys.

"The migration is well under way," says Stancliffe, whose records suggest we can expect great numbers of swallows, swifts, willow warblers, ring ouzel and housemartins to arrive in the next few weeks.

"The early birds are taking a gamble. If we have had an early spring they get the best choice of nest sites and mates. But in a bad winter, like this, they could be in trouble. Next week we should get a rush of migrants. If this milder weather persists then they will have timed it right. All they need now is a rush of insects."

"It's all about to explode," says Oakes. "It could come with a bang and be one of the most spectacular springs in years. We've all – humans and wildlife – suffered a lot. We all need the sunshine now".
Posted by Mercury at 8:57 AM

and so marches on change....survivors are the story...adapt or perish