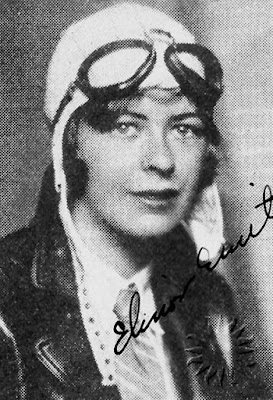 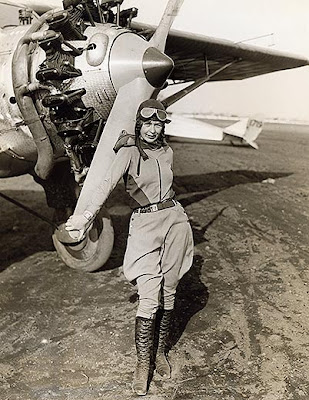 The New York Times
In the days of rickety open-cockpit biplanes seemingly held together by baling wire, 8-year-old Elinor Patricia Ward got her first flying lesson — at her kitchen table in Freeport, N.Y., on Long Island.

“My earliest memory was at dinner with Dad using a knife to show us how the controls of a plane worked,” she told The New York Daily Mirror in 1942.

Within weeks Elinor’s father, Tom Ward, took her to a makeshift airfield on a potato farm, where a pilot strapped her into the rear seat for a fast flight, for a fee. Mr. Ward was a vaudeville song-and-dance man who hated trains and, while on the road, had hired pilots to take him from town to town. (There was another Tom Ward on the vaudeville circuit, so he changed the family name to Smith.)

That first flight sealed Elinor Smith’s fate. Ten days after she turned 16, Elinor received her pilot’s license, becoming one of the youngest pioneers of aviation. Soon, she was breaking records, doing daredevil stunts and making headlines as the “The Flying Flapper of Freeport.”

On March 19, Elinor Smith Sullivan died at a nursing home in Palo Alto, Calif., her son, Patrick, said. She was 98.

“I remember so vividly my first time aloft that I can still hear the wind swing in the wires as we glided down,” she wrote in her autobiography, “Aviatrix” (Harcourt Brace Jovanovich, 1981). “By the time the pilot touched the wheels gently to earth, I knew my future in airplanes and flying was as inevitable as the freckles on my nose.”

Tom Smith took flying lessons, then bought an open-cockpit Waco 10 biplane. Elinor insisted on taking lessons. She took her first solo flight when she was 15. Within two years, she was carrying passengers on short flights from Roosevelt Field over Long Island. Then, on Oct. 21, 1928 — after being baited by boys at her high school — she took off alone, headed west, then south and swooped under the four East River bridges.

“Miss Smith was informed here that the Department of Commerce might ‘ground’ her for her stunt,” The New York Times reported the next day, “but she said that she would rather take that chance than disappoint a number of persons who had expected her to carry out her plan.” She was grounded for 10 days.

That flight, in a Bellanca monoplane, nearly cost her her life. As The World-Telegram reported on March 11, 1930: “The altimeters on the ship registered 30,000 and 32,000 yesterday when she was forced by motor trouble and waning gas supply to return to Roosevelt Field, where she narrowly averted an accident in making a dead-stick landing. At about 30,000 feet, as the motor sputtered, she lost consciousness. A mile lower she recovered. The plane, without her guiding hand, had glided slowly down.”

In 1934, Miss Smith became the first woman to appear on a Wheaties cereal box.

She was born on Long Island on Aug. 17, 1911, one of three children of Thomas and Agnes Ward. Her husband of 23 years, Patrick H. Sullivan II, who had been a New York State assemblyman, died in 1956. In addition to her son, she is survived by three daughters, Patricia Sullivan, Pamela Sullivan and Kathleen Worden; five grandchildren; and four great-grandchildren.

Miss Smith took a long time off from flying after she married. But nine years ago, at the age of 89, she was invited to the National Aeronautics and Space Administration’s Ames Research Center in Sunnyvale, Calif., where she participated in a simulated landing of the space shuttle.

Always vivid in her memory was that day almost 84 years ago when she first soloed.

She was about to climb into a Farman Pusher biplane, she recalled in an interview for a 1998 PBS documentary, “Daredevils and Dreamers.” She thought it was to be just another flying lesson before she went off to school in Wantagh, a nearby town.

“I was scared silly because Russ” — her teacher — “hadn’t told me I was going to solo that day,” she said on camera. Waving her arm in imitation of her instructor’s direction, she said he suddenly jumped out of the cockpit and simply told her, “Go.”

For a moment she was stunned, then realized that he thought she was ready. “I made three landings,” she said. “Then it was time to go back to Wantagh because I had to go to school.” 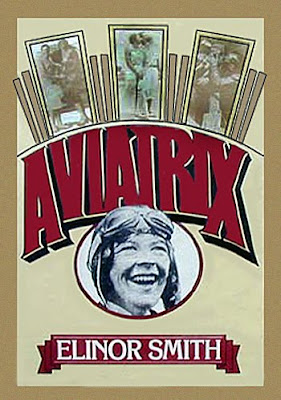