Reflections on Whitman's "When I Heard the Learn'd Astronomer" 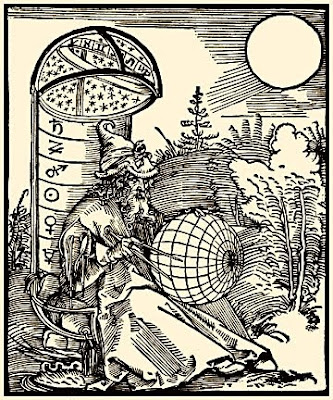 The Epoch Times
When I Heard the Learn’d Astronomer

When I heard the learn'd astronomer;
When the proofs, the figures, were ranged in columns before me;
When I was shown the charts and the diagrams, to add, divide, and
measure them;
When I, sitting, heard the astronomer, where he lectured with much
applause in the lecture-room,
How soon, unaccountable, I became tired and sick;
Till rising and gliding out, I wander'd off by myself,
In the mystical moist night-air, and from time to time,
Look'd up in perfect silence at the stars.
Recently, I saw the stars as if for the first time. I was standing in the middle of the north Yorkshire moors, where—unobstructed by pollution and the glare of street-level lighting—those distant fires of unknown worlds were piercingly, almost shockingly, bright.

Armed with a star guide torn from the back of a newspaper, I spent an hour patiently identifying each constellation. Soon I could point at Ursa Minor, Pegasus, Cassiopeia’s Chair, and Gemini. I could pick out Venus and Mars, even Saturn. The night sky, which had always seemed like a spread of random dots, suddenly snapped into sense and wonder.

So I’m in two minds about Whitman’s poem, in which he contrasts the “learn’d astronomer” and the common man, hands in pockets, who despite his ignorance, can look up at the stars in reverence. I can appreciate the distinction Whitman draws between dusty, book-bound learning and personal feeling, yet I can’t help but feel the two are not quite so opposed.

The poem opens with a powerful rhetorical riff on the word “when." The accumulation of clauses creates a mood of anticipation verging on impatience. Even as we hear about the “learn’d astronomer” and his “charts” we are itching to know how the speaker responded. Did he interrupt? Did he put his hands over his ears? Or did he merely fall asleep?

Itemizing the “proofs and the figures” and the “charts and the diagrams,” Whitman evokes an academic voice untroubled by any vulgar trace of excitement. We’ve all been there, sitting through an interminable lecture, head nodding, desperate for the ordeal to end.

Even while the astronomer bathes in the audience’s acclaim, Whitman feels “tired and sick” and glides out. He is noiseless and invisible—to the world’s eye an irrelevance.

His disgust with the whole business of adding, dividing, and measuring the universe recalls Wordsworth’s creed that “We murder to dissect.” Whitman and Wordsworth, on the crest of the Industrial Revolution, stand appalled at the way reason and science cut things up, separating us from the sense of oneness with nature that should be our birthright.

Wandering off by himself, Whitman is the archetypal Romantic quester, the maverick who is not content to merely sit and hear about life second-hand and acclaim those in authority.

The contrast of the “lecture-room” and the “mystical moist night-air” could not be more profound. The word “moist” is a brilliant touch; we can almost feel this cool breeze blowing against our cheek, bringing us refreshment and peace.

Looking up to the sky “from time to time,” Whitman’s manner is wonderfully casual and calm. Nature is part of his being and breath—always there to be treasured. Significantly, the concluding word “stars” states the subject of the poem. The single syllable conveys the simple reality we can grasp with our senses, as speech disappears into silence.

Of course, Whitman’s poem is not merely about astronomy: it is about the tension between conceptual abstraction and concrete experience, which exists in any discipline. Literature, for example, is not a self-enclosed universe of written signs. Every poem we read is either reborn in the light of our own memories and dreams, or dies as a dreary historical curiosity.

Intellectual endeavor and everyday life can be combined—with effort, thought, and a little imagination. We can use a star guide to navigate the sky. We can teach ourselves to identify iambic pentameter, while responding to the emotional depths of a Shakespearean sonnet. We can even sit in a lecture room, scribbling notes, while not sacrificing our own vision of the truth. It is up to us make the best of both worlds, unifying rational precision with awe.

Christopher Nield is a poet living in London.
Posted by Mercury at 7:34 AM