More on the student loan program 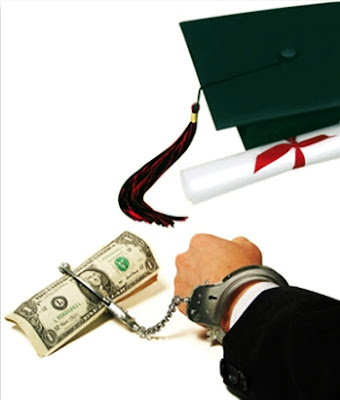 "Student loan reform: What will it mean for students?"

President Obama signed the Health Care and Education Reconciliation Act Tuesday, whose student loan reform will mean big savings for the US government, but not much change for students until 2014.

The Christian Science Monitor
Tucked inside the Health Care and Education Reconciliation Act, which President Obama signed into law Tuesday, are provisions that will change the way students can pay for higher education.

Mr. Obama called it “one of the most significant investments in higher education since the G.I. Bill,” speaking at Northern Virginia Community College in Alexandria.

But just how much will reform affect the average student?

The legislation makes substantial changes in the way students get money for college, but those provisions might not necessarily be tangible for students in the immediate future.

That’s because the biggest change is in who administers student loans. Instead of private banks issuing loans guaranteed by the government, the government will now become the originator of the loan.

“That’s very important for students, but it isn’t going to be very visible for them,” says Sandy Baum, an independent policy analyst for the College Board, a New York-based nonprofit that tracks and promotes college attendance.

The change will eliminate private banks as “middlemen” in the loan process and will save the US government about $68 billion dollars over 11 years, according to the White House.

The benefits to students will mostly be in the lending process, says Mark Kantrowitz, publisher of FinAid.org and FastWeb.com, which offer information on scholarships and student aid.

Students could see a “smoother origination process,” says Mr. Kantrowitz, because instead of shopping for a private lender, they’ll simply go to their school’s financial aid office. And because the government has contracted four of the largest lenders to service the loans, that part might go more smoothly, too.

But financially, the bottom line will look the same for students – for now.

Eventually, students with federal loans will qualify for better repayment terms. Part of the legislation signed today also improves repayment terms first enacted last summer. Loan payments will be capped at 10 percent of a student’s disposable income (it’s currently 15 percent) and any debt remaining after 20 years will be forgiven (the current threshold is 25). For public servants – including teachers, nurses, or members of the armed forces – that cap is 10 years.

But, those repayment terms are only applicable for loans signed after July 1, 2014, and will not be retroactive, nor do they apply to private loans.

With the new legislation, students will also see increased support from Pell Grants, which provide need-based grants to low-income students.

In contrast to who issues their student loans, students are “intensely aware” of the amount of funding offered by a Pell Grant, says Ms. Baum.

But the substantial impact of the new funds will be in preserving recent increases to the Pell Grant from the Recovery Act.

With an increasing number of students qualifying for the grants because of economic hardship in their families, “it would not have been possible to maintain [Pell Grants] at the current level” without this legislation, says Baum. “That money had to come from somewhere.”

“Over 10 years, the maximum Pell Grant is not going to keep up with inflation, let alone college tuition inflation,” he says.

and when did the high fees for the universities come into being??? when the government became involved and part of that interest they are paying goes to pay for health care.