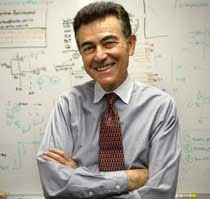 The winner of this year’s $1.5 million Templeton Prize is NAS member Francisco Ayala, a biologist, evolutionary geneticist, and philosopher at the University of California, Irvine. Ayala is best-known for developing highly accurate ways to measure rates of evolution and the amount of genetic change needed to produce new species over millions or even billions of years. He has also devoted much of his life to discussing the relationship between religion and science, and chaired the committee that authored Science, Evolution, and Creationism, a recent book by the National Academy of Sciences and Institute of Medicine that describes current scientific understanding of evolution and its importance in the science classroom. 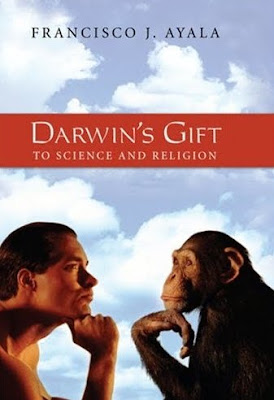 Darwin's Gift: to Science and Religion

ISBN-10: 0309102316
ISBN-13: 978-0309102315
With the publication in 1859 of "On the Origin of Species by Means of Natural Selection", Charles Darwin established evolution by common descent as the dominant scientific explanation for nature's diversity. This was to be his gift to science and society - at last, we had an explanation for how life came to be on Earth. Scientists agree that the evolutionary origin of animals and plants is a scientific conclusion beyond reasonable doubt. They place it beside such established concepts as the roundness of the earth, its revolution around the sun, and the molecular composition of matter. That evolution has occurred, in other words, is a fact. Yet, as we approach the bicentennial celebration of Darwin's birth, the world finds itself divided over the truth of evolutionary theory.Consistently endorsed as "good science" by experts and overwhelmingly accepted as fact by the scientific community, it is not always accepted by the public - and our schools continue to be battlegrounds for this conflict. From the Tennessee trial of a biology teacher who dared to teach Darwin's theory to his students in 1925 to Tammy Kitzmiller's 2005 battle to keep intelligent design out of the Dover district schools in Pennsylvania, it's clear that we need to cut through the propaganda to quell the cacophony of raging debate. With the publication of "Darwin's Gift", a voice at once fresh and familiar brings a rational, measured perspective to the science of evolution. An acclaimed evolutionary biologist with a background in theology, Francisco Ayala offers clear explanations of the science, reviews the history that led us to ratify Darwin's theories, and ultimately provides a clear path for a confused and conflicted public.

The researcher and ordained priest espouses the idea that the theory of evolution is consistent with the Christian faith. He will donate the $1.6-million prize to charity.

latimes.com
As a young doctoral student in the 1960s, Francisco Ayala was surprised to learn that Charles Darwin's theory of evolution appeared to be less widely accepted in the United States than in his native Spain, then a profoundly conservative and religious country.

Ayala brought a unique sensibility to the topic, because he had been ordained as a Catholic priest before undertaking graduate studies in evolution and genetics. What he believed then, and has spent his career espousing, is that evolution is consistent with the Christian faith.

On Thursday, Ayala, an acclaimed researcher at UC Irvine, won the 2010 Templeton Prize, awarded annually in recognition of achievements in affirming spirituality. The prize is worth $1.6 million, which Ayala said he would give to charity.

In announcing the award, Dr. John M. Templeton Jr., president of the John Templeton Foundation, praised Ayala's research, which has focused on evolutionary genetics, as well as his inquiries into fundamental questions of life. "Ayala's clear voice in matters of science and faith echoes the foundation's belief that evolution of the mind and truly open-minded inquiry can lead to real spiritual progress in the world," Templeton said.

Ayala, 76, has been at the forefront of efforts to defend Darwin's theory from attacks by Christian fundamentalists, many of whom favor the notion of intelligent design, which is consistent with a literal reading of the biblical creation story and holds that the world is too complex to have evolved without oversight by a supreme being.

He was the primary author of "Science, Evolution and Creationism," a publication of the National Academy of Science that attempted to boil down the argument in favor of Darwin. He also is the author of numerous other publications, including the book, "Darwin's Gift to Science and Religion," which expands on his pro-evolution argument and attempts to knock down intelligent design, which he says is either "bad science or not science at all."

In the book, he argues that evolution "is consistent with a religious belief in God, whereas Creationism and Intelligent Design are not." This, he said, is because intelligent design suggests that the deformities of the world are God's design, whereas science shows them to be "a consequence of the clumsy ways of the evolutionary process."

Ayala served as an expert witness in a landmark 1981 legal case that successfully challenged an Arkansas law requiring the "balanced" teaching of creationism alongside evolution in schools. He also has called for greater understanding of religion by scientists.

Last fall, Ayala debated a prominent advocate for intelligent design, William Lane Craig, at the University of Indiana. Various Internet accounts suggested the evening was less than a triumph for Ayala. ("He got womped," wrote one Ayala sympathizer.) Ayala said he hadn't understood he would be debating and didn't believe a debate was the proper way to resolve the dispute anyway.

In the interview with The Times, Ayala said he was taught evolution in Catholic schools in Francisco Franco's Spain. Later, during study for the priesthood at a Dominican seminary, he learned Christian concepts dating to St. Augustine about interpreting the Bible metaphorically.

"The Bible is a book about religious truths; it is not how the Earth was made," he said. He added that he rejects the idea that one can read the Bible "as if it were an elementary textbook of biology or physics."

Ayala was ordained a priest in 1960 but chose to leave the priesthood to study genetics.

He has spent most of his scientific career at the University of California, first at Davis and since 1989 at Irvine, where he is a professor of both biology and philosophy. His research in recent years has focused on reconstructing the evolution of the parasitic protozoa responsible for malaria, with the hope of eventually laying the groundwork for a cure.

"He's a major figure in the field," said UC Irvine colleague John Avise, who was Ayala's student during his own doctoral studies in the 1970s. "He was one of the early pioneers of molecular methods in population biology, so he got in sort on the ground floor of the molecular revolution that took place back in the 1960s and early 1970s."

Colleagues invariably describe Ayala as a "renaissance man," who not only excels at biology and theology but is an avid opera lover and the owner of a large vineyard in Northern California, a remnant from his days at UC Davis. He continues to grow grapes for numerous wineries, as well as for his own small private label.

Whenever wine is served at a biology department function, said colleague Brandon Gaut, "his expertise comes into play."

The Templeton Prize was founded by John Templeton Jr.'s father, John Templeton, a pioneer of the mutual fund industry who died in July 2008. The first prize was awarded to Mother Teresa of Calcutta in 1973 and later recipients have included the Rev. Billy Graham, Soviet dissident and writer Alexander I. Solzhenitsyn, along with a number of prominent scientists.


Templeton Prize...good idea; bad idea?
Posted by Mercury at 8:42 AM