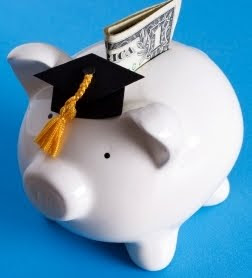 This issue should be addressed separately.

The New York Times
Along with the major health care legislation, the House on Sunday approved a major revamping of federal student loan programs that eliminates fees paid to private banks to act as intermediaries.

Instead, the government will expand a direct lending program, a step that the Congressional Budget Office said would save taxpayers $61 billion over 10 years, and use the money to increase Pell grants for students.

The student loan bill is a centerpiece of President Obama’s education agenda, and it was included in the budget reconciliation measure that also made final revisions to the Senate-passed health care bill.

The bill sets automatic annual increases in the maximum Pell grant, scheduled to rise to $5,975 by 2017 from $5,350 this year. The new Pell initiative also includes $13.5 billion to cover a shortfall caused by a steep rise in the number of Americans enrolling in college and seeking financial aid during the recession.

The budget reconciliation rules set goals for reducing future federal deficits, and the loan bill helps to meet those goals by redirecting $10 billion in savings from subsidies to private banks toward deficit reduction.

The student loan bill will spend an additional $36 billion on Pell grants over 10 years.

Private banks lobbied against the student loan changes, which eliminate a long-flowing source of revenue for them.

Some Democrats, including Representative George Miller of California, the chairman of the Education and Labor Committee, said the student loan measure represented a landmark shift in education policy that was getting overshadowed by the larger health care fight.

hmmmm....since governments involvement it has driven the fees charged by universities to rise...education at one time was generally affordable, now it is astronomical to go to schools and what is not really being told is that the middleman is being replaced by more incompetent government employees costing the government not only the wages but benefits and retirement....a sad day.