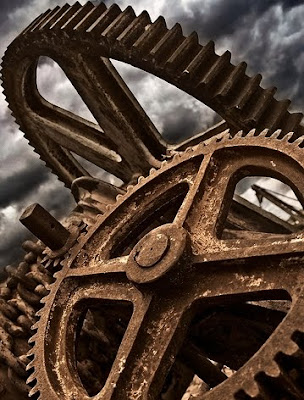 Dangle the environmental principles in front of people and few move, but dangle a dollar and everyone moves.

"Getting paid to save energy, recycle? Incentives expand"

USA Today
Americans are being paid to save energy and recycle.

A growing number of private and public programs are offering cash, gift cards and other rewards such as cupcakes and massages for eco-friendly behavior.

"We definitely see this as a trend," says Jennifer Berry , spokeswoman for of Earth 911, an Arizona-based group that runs a the largest U.S. recycling database. "When you give people a reward for positive behavior, they're more likely to participate."

The incentives go beyond federal tax credits and rebates for energy-efficient home upgrades:

U.S. cities are partnering with New York-based RecycleBank to give people points based on how much they recycle. Their recycling bins have computer chips that track volume, which translates into points to be redeemed at local stores, most commonly $10 grocery gift cards. They also get discounts on eBay purchases.

"We reward people for doing the right thing," says Ron Gonen, who founded the company in 2004. Los Angeles will try the program for a year, beginning April 5, with 15,000 households. That boosts participation to 300 cities in 26 states. Cities pay the company a share of the money they save by reducing their landfills.

Thousands of households in all 50 states have registered to earn reward points for energy conservation through Earth Aid, a Washington-based company launched last year. Its software tracks utility bills and, based on savings, offers points to be redeemed at local and, soon, national stores.

"It's icing on the cake," says chief executive officer Ben Bixby, because participants also benefit by lowering their utility bills. His company earns money by referring customers to home remodelers.

RecycleBank is starting a similar program in Chicago next month.

At all U.S. stores, CVS/pharmacy began in October to give customers $1 in store vouchers for every four times they skip using a plastic bag. A shopper buys a "greenbagtag" for 99 cents, then swipes it at the register along with the ExtraCare store loyalty card for every purchase. Many grocery stores offer 5 cents for every resuable bag customers carry.

Companies such as Gazelle.com are paying people for used gadgets like iPods, which they recycle if the items can't be resold. Similarly, eRecyclingCorps, co-founded by Sprint executives, gives a trade-in recycling credit for an old cell phone when buying a new one.

money has always been a mover and shaker.....