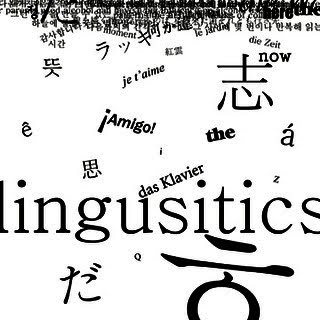 This is nothing new...more quirky than anything else.

"The sound and the query: Why do questions take the form they do?"

In linguistic terms, a question is largely the re-ordering of a statement. Shuffle the words around, make a couple of other changes, and "John rode a horse" becomes "What did John ride?"

PHYSORG.COM
Linguists call this re-arranging of words “wh-movement,” due to the wh-words used in questions (who, when, and so on) and they believe it occurs in two forms. English displays what linguists call “overt wh-movement,” in which word order is shuffled heavily, since many questions begin with wh-words. (There are exceptions: “John rode a what?”) But some languages, like Japanese, deploy “covert wh-movement,” in which word order remains largely intact as a statement becomes a question, and the wh-words appear in a variety of locations.

But what determines which of these options a given language uses? In a new book, “Uttering Trees,” MIT linguistics professor Norvin Richards asserts that if we carefully study prosody — the way the pitch of our voices goes up and down — we can determine which kind of wh-movement any language will employ. In turn, Richards believes, this suggests that for all languages, the sound pattern in sentences is more integral to the syntax — the processes and principles that govern the structure of sentences — than scholars have generally thought.

“If you were to ask a syntactician why English forms its questions one way and Japanese forms its questions another way, there isn’t really an answer,” says Richards. “But I’m shooting for a deeper explanation in the book. And the idea is that there’s a universal principle explaining the prosody we observe when we ask questions.”

If the pattern Richards has detected holds up, it could persuade more linguists that the relationship between sound and syntax is a necessity, not a contingency. “If what I’m saying is right,” Richards says, “then I think that as the syntax begins to build the sentence structure, it’s also making a rough draft of the prosody.” That could alter linguists’ views about how the rules of language are laid down, and provide more evidence for the notion of Universal Grammar, the idea that an innate facility for language helps shape the form of languages globally.

There are actually two distinct essays in “Uttering Trees,” published this month by MIT Press. (The title refers to the tree-like sentence diagrams linguists use.) The first essay analyzes how similar elements of sentences must be separated for the sake of comprehension, while the second develops Richards’ thesis about sound and questions, surveying English, Japanese, Basque, Bengali, Tagalog, French, Portugese, and more. To get a flavor for his work, consider this second issue.

Recordings of Japanese spoken in Tokyo, when charted by the frequency of the speaker’s voice, show that the statement “Naoya-ga nanika-o nomiya-de nonda” (“Naoya drank something at the bar”) maintains a rising-and-falling pitch pattern. But in the question, “Naoya-ga nani-o nomiya-de nonda no?” (“What did Naoya drink at the bar?”), the words “nomiya-de nonda” have a low, flat frequency, interrupting the rising-and-falling pattern. This flat intonation falls between the wh-word, “nani-o,” and the question-indicating complementizer, “no,” at the end of the sentence.

“There’s this prosodic phenomenon,” says Richards. “You get a big pitched peak on the wh-word, then people mutter, so the prosody is kind of flat between the wh-word and the complementizer, then it goes back up. People squash these words so that they’re lower than they would be in the corresponding statement. We have nice phonetic evidence that they’re creating a prosodic domain that starts with the wh-word and ends with the question mark.”

So while there are two kinds of wh-movement, Richards proposes that every language ends up like Japanese, in the sense that wh-words and complementizers exist in a single prosodic domain. In some languages, including Japanese, this is accomplished by direct changes in the prosody, while, others, like English, require a greater transportation of wh-words, so they can be located in the same prosodic domain as question marks. But if we can locate the question mark and understand how prosody is organized, Richards argues, we can predict where the wh-word will be situated in every tongue — which provides evidence for the common foundations of all languages. In Bengali, Richards has found, the sentence, “ora Suneche ke abe” (“They have heard who will come”) shifts into a question as, “ora ke abe Suneche?” (“Who have they heard will come?”). In this case, “ke” serves as the wh-word, with the relevant prosodic domain lying between it and the closing question indicator.

Colleagues have praised “Uttering Trees.” Answering questions by e-mail, Elena Anagnostopoulou, a professor of linguistics at the University of Crete, says Richards “asks a question that has rarely been addressed before, namely why some languages have overt and others covert wh-movement,” and defends his thesis “very convincingly.” The book, she believes, lays out a “novel research agenda, where new proposals are raised and the proposals are highly predictive.” The predictive aspect of Richards’ theory is precisely what will be tested by future research. For all the languages he samples, scores more await evaluation in terms of wh-movement. For now, though, Richards’ idea is sound. 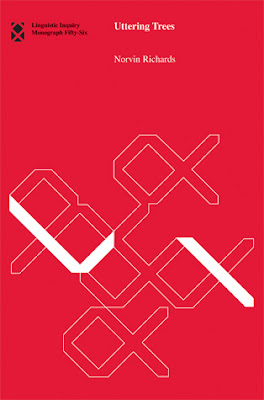