"The Outer Limits"...original series worth watching 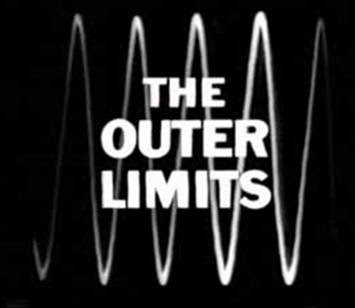 There is nothing wrong with your television set. Do not attempt to adjust the picture. We are controlling transmission. If we wish to make it louder, we will bring up the volume. If we wish to make it softer, we will tune it to a whisper. We will control the horizontal. We will control the vertical. We can roll the image, make it flutter. We can change the focus to a soft blur or sharpen it to crystal clarity. For the next hour, sit quietly and we will control all that you see and hear. We repeat: there is nothing wrong with your television set. You are about to participate in a great adventure. You are about to experience the awe and mystery which reaches from the inner mind to... The Outer Limits.
Heavy doses of science fiction in the original television series [1963 to 1965]. It must rank with two other offerings...The Twilight Zone and One Step Beyond. Minimal special effects and high on content.

I was going to offer a few episodes but, in a quest to keep advertising away from this blog, I decided against such postings. However, YouTube offers several episodes peppered with commercials.

The Outer Limits TV show was a 60 minute highly literate anthology sci-fi series on ABC that would strike fear into one's soul. They writers used some basis in science fact and usually a monster to keep your interest while they sent a message about the problems that existed in the world of the 1960s. Some of the messages were the evils of racism, nuclear holocaust, government intrusion on citizens' privacy, the dangers of nuclear power plants, biological engineering, slavery and many more! Many Outer Limits' shows involved Aliens too. If the message was against slavery, for example, the theme of the series would be the Earthlings being enslaved by the Aliens. There was always plenty of action and you were usually on the "edge of your seat" waiting for the horror that was coming at any moment!

Originally, The Outer Limits was to be called "Please Stand By" but it was feared that the audience might think that a real emergency existed. Then the name "Beyond Control" was considered until finally settling on "The Outer Limits".

A typical episode cost $150,000 to produce with $40,000 being spent on special effects and sets. Most regular cast members get more per episode for EACH of their salaries today!

ABC liked the background music from the Outer Limits so much that it was also used, nearly note-for-note, on episodes of "The Fugitive (1963)" and "The Invaders (1967)".

Joseph Stefano co-created the series and wrote many of the scripts for the TV show. He also wrote the Alfred Hitchcock classic, "Psycho". During his career, the versatile Stefano worked as a singer and dancer. He also wrote songs including some for Sammy Davis Jr.

Leslie Stevens, Stefano's co-creator, also wrote many of the scripts. He started his career at age 15 as a "gopher" with Orson Welles' Mercury Theatre. When Welles moved that production from Washington to Philadelphia, Stevens ran away from home to keep the job.

The series ended when ABC executives moved it to Saturday nights in an attempt to steal viewers away from the "Jackie Gleason Show". To say the least, that didn't work out so well!

Good assessment of a classic SF show. It was, incidental,ly, something of a STAR TREK precursor, though very different from its successor. Sort of FANTASY & SCIENCE FICTION to STAR TREK's ANALOG.

I was going to include the following from Wikipedia regarding "Star Trek".

A few of the monsters reappeared in Gene Roddenberry's Star Trek series later in the 1960s. A prop head from "Fun and Games" was used in Star Trek to make a Talosian appear as a vicious creature. The moving carpet beast in "The Probe" later was used as the 'Horta' in "The Devil in the Dark", and operated by the same actor (Janos Prohaska). The process used to make pointed ears for David McCallum in "The Sixth Finger" was reused in Star Trek as well. The 'ion storm' seen in "The Mutant" (a projector beam shining through a container containing glitter in liquid suspension) became the transporter effect in Trek. The black mask from "The Duplicate Man", is used by the character Dr. Leighton in "The Conscience of the King". The Megazoid, from The Duplicate Man, was seen briefly near Captain Christopher Pike in the first Star Trek pilot "The Cage".

Actors who would later appear in Star Trek included Leonard Nimoy who appeared in two episodes ("Production and Decay of Strange Particles" and "I, Robot") and William Shatner appeared (in the episode "Cold Hands, Warm Heart") as an astronaut working on a Project Vulcan. Other actors who subsequently appeared in Star Trek were James Doohan in a supporting role as a policeman in "Expanding Human", and Grace Lee Whitney in the episode "Controlled Experiment".

Gene Roddenberry paid a lot of attention to what The Outer Limits team was doing at the time, and he was often present in their studios. He hired several Outer Limits alumni, among them Robert Justman and Wah Chang for the production of Star Trek.

And Wikipedia offered these comments about "The Twilight Zone".

Comparison to The Twilight Zone

Like The Twilight Zone, The Outer Limits had an opening and closing narration in almost every episode, by the 'Control Voice' (Vic Perrin). Both shows were unusually philosophical for science-fiction anthology series, but differed in style. The Twilight Zone stories were often like parables, employing whimsy (such as the Buster Keaton time-travel episode "Once Upon a Time") or irony, or extraordinary problem-solving situations (such as the episode "The Arrival"). The Outer Limits was usually a straight action-and- suspense show which often had the human spirit in confrontation with dark existential forces from within or without, such as in the alien abduction episode "A Feasibility Study" or the alien possession story "The Invisibles". As well, The Outer Limits was known for its moody, textured look in many episodes (especially those directed by Byron Haskin or Gerd Oswald, or photographed by Conrad Hall) whereas The Twilight Zone tended to be shot more conventionally—although there are, of course, notable exceptions to these rules of thumb on both series.

However, there is some common ground between certain episodes of the two shows. As the authors of The Official Outer Limits Companion have noted, several Outer Limits episodes are often misremembered by casual fans as having been Twilight Zone episodes, notably such "problem solving" episodes as "Fun and Games" or "The Premonition".