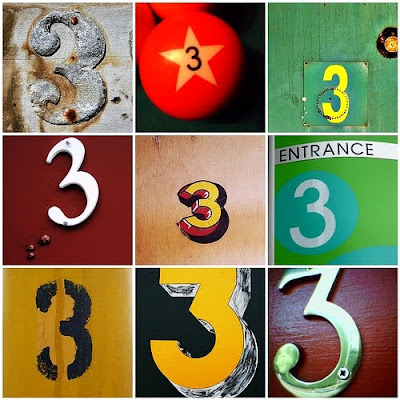 This is not good. It dilutes genuine, methodological study and turns the university into a sophisticated trade school.

It can save students time and money, but the fast track isn't for everyone. The University of California is looking at ways to offer the option.

Los Angeles Times
Kayla Bortolazzo is about to finish college in just three years, a rare accomplishment that some educators around the country hope to make more common.

A resident of Redding, Calif., Bortolazzo is enrolled in a special program at Southern Oregon University that waives some introductory classes for academically gifted students and gives them first dibs at course registration. So in the fall, the 20-year-old English education major will head to graduate school and then, she hopes, a teaching career — with a year's worth of unspent tuition dollars still in her family's pocket.

Bortolazzo said she knows that finishing college in three years won't work for most students and that many are not rushing to graduate into a depressed economy. But she recommends a fast track "to anybody who is really motivated, feels they have the time to commit to it and really wants to get out in the job market."

Students like Bortolazzo are drawing attention these days as families look to reduce tuition bills and colleges try to stretch limited budgets and classroom space. About a dozen, mostly small, U.S. colleges and universities now offer formal routes to earning a degree in three years instead of the usual four or five. And many others, including the University of California, are studying ways to start such an option.

"It's really indefensible in the current environment for universities not to be exploring more efficient use of their facilities and how to save students time and money," said Sen. Lamar Alexander (R-Tenn.), a former U.S. Education Department secretary who is a strong advocate of three-year degrees. Even if they make up a minority of college populations, he said, "some well-prepared students can do their work in three years, and colleges should create a track for them."

Not everyone agrees. Some educators worry that academic quality could suffer in three-year programs, which usually waive some requirements or push students to take very heavy course loads. Others say that most college students just need the extra year to grow up — and to explore.

Daniel Hurley of the American Assn. of State Colleges and Universities said it is misguided to focus on three-year degrees when most college students struggle to graduate in five or even six years. Many such students are under-prepared academically, have financial problems or can't enroll in oversubscribed classes, he said.

Hurley, the association's director of state relations and policy analysis, also said it was unrealistic to assume that most students start with the fixed major and career choices that a three-year degree requires. "Many students change majors, and thank God we did. Otherwise we would be miserable and underemployed," he said.

Nevertheless, the number of such programs is growing, experts say. Among schools that offer or will soon launch three-year degree programs are Seattle University, Bates College in Maine, Hartwick College in New York, Lake Forest College in Illinois, Manchester College in Indiana, Lipscomb University in Tennessee and the University of North Carolina at Greensboro. Public universities in Rhode Island and Arizona also are studying the idea.

A UC commission searching for efficiencies in response to state budget cuts is examining the fast-track degrees as one option. A proposal unveiled last month involved greater use of summer school and possibly streamlining requirements for some majors. Proponents estimate that if 5% to 10% of UC undergraduates finished their degrees one term earlier than they do now, the university could educate 2,000 to 4,000 more students. The plan would require approval from the UC faculty and regents.

"In times of declining resources and a difficult economy, we need to look at the most efficiencies possible without diminishing the quality of education provided by the UC system," said Catherine Casserly, an education expert who is a member of the subcommittee that proposed the idea.

Some students have always managed to graduate in three years, often by earning college credits in high school by taking Advanced Placement courses and attending summer school. UC reports that 2.9% of its students do so and the U.S. Department of Education says the national figure is 2.3% at four-year schools. (About 59% of UC students graduate in four years, and that total rises to 78% and 82%, respectively, in five and six years. Nationally, 36% of students who start at four-year schools finish in four years; 53% and 57% do so in five and six, federal figures show.)

The formal three-year paths typically promise priority registration for classes and special counseling to get past bureaucratic roadblocks.

Such a leg-up could appeal to UC students who complain that budget-related course reductions have made it difficult to enroll in the classes they need to graduate in four years.

"The university would have to provide access to the right courses at the right time and better advising so you don't get detoured along the way," said Keith Williams, a UC Davis senior lecturer in exercise biology who co-chaired the subcommittee.

And even if many students want to stay in college's warm cocoon as long as possible during the recession, the hard economic times are encouraging others to reduce tuition spending, administrators say.

"We believe it's our responsibility as educators to help families find a way to keep an independent college education within their grasp," said Margaret L. Drugovich, president of Hartwick College, a 1,450-student liberal arts school in Oneonta, N.Y., which started offering a three-year degree program last fall.

Under Hartwick's plan, students take an extra course each semester and an intensive class in the otherwise optional January term between semesters. An initial 23 students signed on, and Drugovich estimates that up to 15% of students eventually will participate.

Not all majors are eligible; some performance and arts departments say it takes four years to develop the necessary skills. As for criticism that students need time to grow up, Drugovich said: "Not every student is the same. To say you have to stay a fourth year just for the purpose of maturing is wrong."

Hartwick biology major Daniel Meier, 19, of Ellenville, N.Y., said he joined the program in order to start medical school a year early or take a year off to work or do community service before further education. His family has an added incentive: His twin brother, Nickolas, is also at Hartwick and on the school's fast track.

The heavier class load is a bit stressful, Daniel Meier said, "but you realize it's going to benefit you in the long run. You have to concentrate on why you are doing it." The biggest personal change was having to quit the football team for the less-demanding rugby club, which allows members to miss practice if they have to study, he said.

Southern Oregon University in Ashland, where Bortolazzo attends, permits some students with excellent high school grades and test scores to skip some basic courses and go directly to those required for their majors, according to Curt Bacon, director of the school's 12-year-old Accelerated Baccalaureate program.

One of its goals, he said, is to "attract higher-quality students." This year, about 40 of the university's 4,400 undergraduates have signed up, a figure Bacon said is kept small by the reluctance of many first-year students to commit so quickly to a major.

Brought to my attention by POSP stringer Tim... 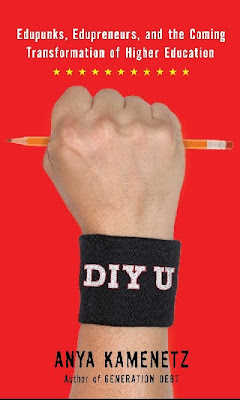 DIY U: Edupunks, Edupreneurs, and the Coming Transformation of Higher Education

ISBN-10: 1603582347
ISBN-13: 978-1603582346
The price of college tuition has increased more than any other major good or service for the last twenty years. Nine out of ten American high school seniors aspire to go to college, yet the United States has fallen from world leader to only the tenth most educated nation. Almost half of college students don't graduate; those who do have unprecedented levels of federal and private student loan debt, which constitutes a credit bubble similar to the mortgage crisis.

The system particularly fails the first-generation, the low-income, and students of color who predominate in coming generations. What we need to know is changing more quickly than ever, and a rising tide of information threatens to swamp knowledge and wisdom. America cannot regain its economic and cultural leadership with an increasingly ignorant population. Our choice is clear: Radically change the way higher education is delivered, or resign ourselves to never having enough of it.

The roots of the words "university" and "college" both mean community. In the age of constant connectedness and social media, it's time for the monolithic, millennium-old, ivy-covered walls to undergo a phase change into something much lighter, more permeable, and fluid.

The future lies in personal learning networks and paths, learning that blends experiential and digital approaches, and free and open-source educational models. Increasingly, you will decide what, when, where, and with whom you want to learn, and you will learn by doing. The university is the cathedral of modernity and rationality, and with our whole civilization in crisis, we are poised on the brink of Reformation.

they need to change the university system including professor and administration....Galileo had problems with tenure. there are so many worthless pursuits such as "Chicano Studies"...why not "Puerto Rican Studies"? it only grows worse in the Arts, Humanities and Social Studies. courses in "Penis Envy" and "Vaginal Envy" need to be laughed out of existence. the universities are a joke because of selective inbreeding. remember you can educate a moron and you have an educated idiot. trim the bureaucracy, have professor teach and end the fancy gyms.

we actually need to revamp the whole system....education and defense...end the stupidity. education should not be a hole one digs oneself into financially. education should have one requirement...academically you are where you need to be...the only caveat is the expense government of funding seems to only have driven the cost upwards. this needs to be fixed...and one would be to let researchers be researchers and teachers be teachers.