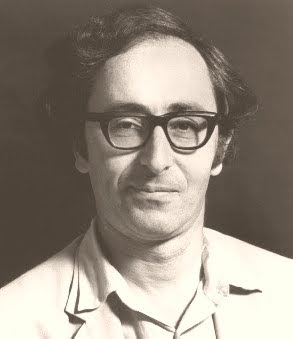 TAL Education
An extraordinary spat has broken out after a Nobel prizewinning physicist was "uninvited" from a forthcoming conference because of his interest in the paranormal.

Details of the conference in August for experts in quantum mechanics sounded idyllic. Participants were due to discuss "de Broglie-Bohm theory and beyond" in the Towler Institute, which is housed in a 16th-century monastery in the Tuscan Alps owned by Mike Towler, Royal Society research fellow at Cambridge University's Cavendish Laboratory.

Last week, any veneer of serenity was shattered. Conference organiser Antony Valentini, research associate in the Theoretical Physics Group at Imperial College London, wrote to three participants to say their invitations had been withdrawn.

The physicist and science writer David Peat, biographer of David Bohm (co-founder of de Broglie-Bohm theory), was considered tainted because of his books on "Jungian synchronicity" and "connections between Native American thought and modern physics".

Brian Josephson, head of the Mind-Matter Unification Project at Cambridge, was rejected on the grounds that "one of his principal research interests is the paranormal".

Professor Josephson, who shared the 1973 Nobel Prize for Physics for his work on superconductivity, has long been one of the discipline's more colourful figures.

In 2001, he attracted derision from some of his peers when he discussed telepathy in his contribution to a booklet issued to celebrate the centenary of the Nobel prizes.

Recent developments in quantum theory, theories of information and computation "may lead to an explanation of processes still not understood within conventional science such as telepathy, an area where Britain is at the forefront of research", he wrote.

Speaking this week, Professor Josephson said: "I was keen to attend the conference and would have concentrated on the theoretical ideas and touched on the paranormal as only one aspect. I thought it would be an interesting opportunity for cross-fertilisation."

News of the exclusions led to what Dr Towler described as a "great email storm".

Even spoon-bending psychic Uri Geller joined in, and on 24 April Dr Towler "renewed the invitation" to Dr Peat and Professor Josephson but not to the third rejected participant, American theoretical physicist Jack Sarfatti. Dr Towler claimed Dr Sarfatti had "written something like 100 emails" since his invitation was withdrawn, "many ... suggesting that we are in the pay of the CIA".

Dr Peat agreed to participate while Professor Josephson was considering his position.
Posted by Mercury at 6:26 PM