A soul of similar thoughts 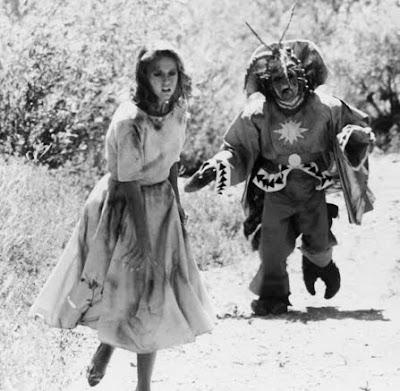 1989
I am beginning to read more and more similar thoughts.

"Humans on Mars? Forget it"

latimes.com
Nearly half a century ago, we sent men to the moon because we had to stop the world from thinking that the Soviet Union, having put a man in orbit, had surpassed the United States in science and technology. When Americans walked on the moon, we were back in first place, with the Russians keeping the lead in ballet, caviar and vodka. So we halted continued moon landings.

On July 20, 1989, President George H.W. Bush announced the Space Exploration Initiative, which called for returning astronauts to the moon, this time to stay, and then on to Mars. The initiative died when Congress decided the cost was too high, but the national goal of putting an American on Mars remained. In 2004, President George W. Bush reiterated that objective.

But is this a worthy goal? It appears increasingly doubtful that an astronaut could accomplish something useful on Mars not already being done by robots at far less cost and with little danger to humans.

The U.S. government and private industry have developed a successful, robust partnership launching unmanned satellites. Satellites are used daily for intelligence and reconnaissance, communications, weather monitoring and many other things. None of these applications is in any way dependent on the humans-in-space program.

Consider the enormity of an effort to send astronauts to Mars. When Mars is closest to Earth, the distance is still about 200 times that between Earth and the moon, which means it would take several months to reach Mars. The amount of food, water, oxygen and other basic supplies necessary for such a journey would require a far larger spacecraft than anything built yet. And it's by no means certain that humans could survive the trip.

The astronauts would be exposed to cosmic radiation and other dangers when in outer space or in the Mars environment for two years. If they could survive, consider the serious psychological ramifications of spending two years in a confined space with little ability to communicate normally with loved ones back home. Although traveling at the velocity of light, a radioed comment like "Good morning, how are you?" would not receive a response until many minutes later.

And the physical issues are enormous. Even with vigorous daily exercise, will an astronaut be able to walk on Earth after two years under no gravity? Will the astronaut's digestive system operate properly? What of the heart and other organs? What if there is a medical emergency? Finally, upon arriving on Mars, astronauts would find blood-freezing temperatures (more than 100 degrees below zero Fahrenheit at night, even at the equator) and a suffocating atmosphere of carbon dioxide and no air.

And the logistics are overwhelming, from the massive solar arrays that would be necessary to provide constant electric power to the challenges of resupply and refueling.

The modest International Space Station will have cost about $100 billion by the time it is de-orbited, as planned, in 2016. The price for designing and running the hugely more complicated array of apparatus needed for the Mars mission could easily reach 10 times that figure. When numerous radically new machines must operate together, it is an enormous challenge to attain the failure-free stage. If only one mishap in 100 trips is the acceptable performance, for instance, for a combination of 10 separate machines, then each of those 10 machines must have an even higher failure rate of only one time in 1,000. That would require testing to failure — all the while debugging and redesigning — of a huge amount of apparatus. It is not like finding a fault with an airplane and bringing it back to the engineers to modify it. Americans surely would not tolerate repeated failed trials with loss of lives while we improve designs.

Of course, a Mars landing by an American would create world excitement and admiration for our country, just as our lunar landings did. But if the goal is to raise ourselves up in the world's estimation, there are probably better ways to spend money, such as providing good education for all, speeding up medical research to cure fatal diseases, building plants to desalinate ocean water and boosting clean energy development.

If we don't move forward with manned space exploration, we will always, of course, wonder whether humans might have discovered something phenomenal that robots missed.

Gentry Lee, chief systems engineer at Caltech's Jet Propulsion Laboratory, has put it well: "When there are profound scientific questions that can only be answered by multiple, adaptive interactions with the unknown environment, the intelligence and versatility of a human being might be useful to unravel a very important scientific puzzle. So far, no such cases have emerged in our exploration of the solar system. And even in that special situation, the cost and likelihood of scientific success by sending human beings should be compared to the likely outcome of dispatching a flotilla of robotic spacecraft to the same destination with the same objective."

Some worry that if we allow further conquering of outer space to be by China or Russia, they will become the most respected nations as to exploration initiative and heroism. But should Russia put a cosmonaut on the moon, they merely will have caught up with where America was 40 years ago. And if China tries to send humans to Mars, it is reasonable to guess that they will be bogged down for many years, while our unmanned missions will continue to produce valuable research results.

It is conceivable that radical scientific and engineering developments — like the invention of some sort of "safe atom bomb" rocketry to "blow" an astronaut to Mars quickly — might someday alter the possibilities for space travel. But without such scientific revolutions, the costs — both human and economic — are just too great, especially since it is not at all clear that humans can do in space what can be and is already being done by robots.

The U.S. government should consider announcing that to place humans on Mars is no longer our goal. We should be willing even to consider that the entire humans-in-space idea may now be out of date.

[Simon Ramo was the chief scientist and technical director in the creation of the United States' intercontinental ballistic missile system and a co-founder of TRW Inc. He received the National Medal of Science form President Carter and the Presidential Medal of Freedom from President Reagan.]
Posted by Mercury at 6:20 PM

at first i did not completely agree with machines doing it all but as time passes and Earth worsens....i have a hard time justifying manned flight. is it i am aging and losing the cowboy in me or is it that age usually drives sense into you? nope...send out the machines

Well Tim, maybe we are becoming more mature and can see an unclouded perspective of man in space for now. The risk and cost over shadow the "cowboy". Beside a whole lot more information can be gained cheaper and with less risk.

We all know Jack Kennedy had many discussions with Wernher von Braun long before he publicly announced America's intention to go to the moon. I fear the Obama administration didn't talk to any scientists or engineers before redirecting NASA's moon mission(s) toward Mars (where was Steven Chu on this?).

Non-technical people always imagine planets as standing still but as we all know, Earth and Mars are in independent orbits around the Sun which is way more complicated than the moon being in orbit around the Earth (for all intents and purposes, the Earth is stationary as far as the moon is concerned but even moon missions can go horribly wrong). Due to timing, Earth-Mars only comes into optimum positions every two years or so. So what happens if astronauts head to need to be rescued? What happens if the Sun emits a Coronal Mass Ejection which would require the astronauts to be shielded? (apparently the Apollo crews just lucked out in not being irradiated via a CME).

My last point relates to lifting off from Mars which is 80% the size of Earth. Although the Earth's atmosphere is much thinker compare to Mars, it is still really difficult to launch from Earth without a booster. To the best of my knowledge, no one on Earth has ever built an Altair-like lander to get from the Earth's surface into orbit (not even close). For the time being, Mars missions should be left to JPL's robots.

It is time for congress to reinstate the NASA's constellation program to the moon. Besides, since NASA had already been working on it for 5 years, wouldn't killing Constellation flush 5 years of tax-payer sponsored research?