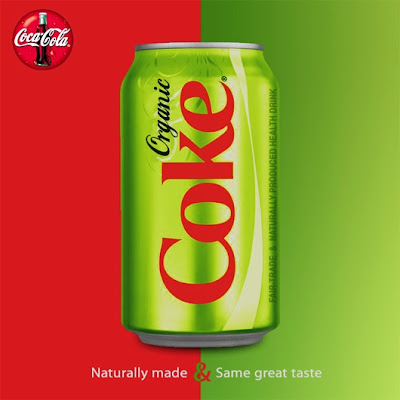 You can do things to the point of ridiculousness.

USA TODAY
Dawn Josephson is known among her friends as a "Birkenstock-lovin', Mother Earth-huggin', organic-buyin', fanatically green chick," she says.

"Even though these things typically cost a little more — OK, sometimes a lot more — I firmly believe any additional cost is worth it," she says.

Josephson's gung-ho green attitude is echoed by millions of others willing to pay extra for everything from green coffee to eco-friendly coffins. Overall spending in the green marketplace is tough to measure because there are so many products and so many terms that fit the description. Yet, sales in the healthy product market, which includes green products as well as those promoting personal health or benefiting the environment, totaled $722 billion in 2009, up 41% from 2004, according to Mintel International Group. The market is expected to hit $992 billion by 2014.

More than half of consumers say they would pay more for a product if they knew it was better for the environment, according to a national poll conducted this month by ad agency Venables Bell & Partners.

Yet, some of the spending is misplaced: Overhyped and overpriced enviro-friendly impostors share shelves with the truly planet- and human-friendly products. Misleading claims are so rampant, there is actually a term for it: greenwashing.

Four decades after the first April 22 Earth Day was launched to promote eco-awareness, "The concept of green is still evolving," and there are no easy answers for consumers, says Ed Stafford, a Utah State University business professor who specializes in green marketing. "Even environmentalists conflict with one another about what is truly a green product."

No wonder more than 40% of consumers say they don't know how to verify whether a company really is green, according to a February report from research firm Mintel. Consumer education on this topic is increasingly important, say green product experts such as Rona Berg, an expert on organic personal care products and author of Beauty: The New Basics.

"Greenwashing is rampant," she says. "It's like a house of mirrors," as companies put forth false and misleading claims to snare the eco-conscious consumer's dollar.

Congress is increasingly introducing initiatives, such as the Household Product Labeling Act of 2009, which calls for more transparency, but for now, the best defense is for folks to look for red flags that indicate a product isn't as eco-friendly as it claims, Berg says.

"It takes a little bit of detective work, unfortunately," she says. "American consumers need to know what is in their products so they can make good choices."

Getting it all straight

Because there are so few universal standards on the "eco," "natural," "organic" and "green" front — and so many products glomming onto those labels — it can be difficult to know what warrants a purchase and what doesn't.

To help clear up confusion, USA TODAY asked environmental authorities, product experts and green watchdog groups for their advice about how to differentiate the varying shades of green.

Among the general tips: Look for third-party endorsements from eco-focused advocacy groups such as Green Seal; check online consumer reviews of product claims and efficacy; be leery of products carrying label warnings such as "caution" or "poison"; and don't assume that the word "natural" or nature images are signs that something is environmentally friendly.

For the tech-savvy, educational apps for smartphones help users avoid bad decisions when it comes to good-for-the-Earth products. GoodGuide's bar-code-scanning app, for example, lets consumers quickly pull up health and environmental ratings on thousands of products.

What to look for in popular green categories:

Massive marketers including Clorox and Martha Stewart Living Omnimedia, as well as individuals such as actor Ed Begley Jr., have joined this increasingly crowded segment with their own brands.

They have a horde of willing buyers: Sales of natural household cleaners hit $298 million for the 52 weeks ended March 20, up 2.7% vs. the previous 12 months, according to Spins, a research firm focused on the natural-products industry. (Spins tracks sales at natural and conventional food, drug and general merchandise retailers excluding Wal-Mart.) The Soap and Detergent Association's spokesman Brian Sansoni advises folks to check out Cleaning101.com/IngredientCentral for links to major cleaning companies' ingredient lists. (Consumer Reports publication ShopSmart lists ammonia, corrosives such as sodium hydroxide and phosphates as ingredients to look for, and avoid.)

The Environmental Protection Agency's Design for the Environment Safer Product Labeling Program also has details on better-for-you — and the planet — cleaning products at www.epa.gov.

Store shelves are filling up with green personal care goods, as celebrities such as Alicia Silverstone, as well as mom-and-pop product-makers, pump out facial creams, shampoos, toothpaste, eye shadow and blush brushes for the eco-centric consumer. From 2000 to 2009, 4,507 natural-oriented personal care products launched with "organic" claims, according to Mintel's Global New Products Database.

With so many products making so many Earth-friendly claims, "It's really kind of the Wild West out there," says green beauty expert Rona Berg.

For consumers looking for an easy-to-spot clue that a product is organic, she says to look for the USDA organic seal — which is "the gold standard."

But Berg says that some products without the U.S. Department of Agriculture's approval are also good — it just takes some "sleuthing" to pick those out, such as thoroughly checking the ingredients and being leery of long, hard-to-pronounce chemical names.

Some paint companies go beyond the federal and state regulations and offer "zero-VOC" products. But no standard definition of zero-VOC exists. Federal law requires VOC limits of 250 grams per liter for flat paint and 380 for others. But some states demand even lower VOC levels.

In addition to federal and state standards, a voluntary seal of approval was established by Green Seal, an independent, non-profit organization. Its GS-11 paint standard has a comprehensive list of prohibited chemicals, and requires more accurate tests to measure VOCs.

Low-VOC paint often costs $2 to $3 more per gallon. It can take longer to dry because it has fewer solvents, says Steve Sides, vice president at the American Coatings Association, but the industry is trying to improve low-VOC paint performance.

"All consumers need to do is look for the Energy Star label," says Gina McCarthy, assistant administrator of EPA's Office of Air and Radiation. "The product may cost a little more to purchase, but consumers will get their money back."

But even the Energy Star program is not perfect. A recent GAO report found that the Energy Star product certification process is vulnerable to fraud and abuse. The EPA says it will change the process to bolster verification, testing and enforcement.

Among the green autos are hybrids, diesels, electrics and plug-ins. But it's not easy to know which is better for the environment.

"Running a car on natural gas is much cleaner than oil, but it's still a fossil fuel and contributes carbon dioxide," says Ed Stafford, a Utah State University business professor who specializes in green marketing. "It may be a transition technology, but it's clearly not a clean technology."

And there are debates about plug-in cars because of the challenges of producing batteries and recycling them. Consumer Reports recently selected Toyota's Prius hybrid as the top green car.

Cars.com sizes up the options: Hybrid technology now is available in family sedans, full-size SUVs and everything in between. High-mileage diesels run cleaner than ever. Electric cars are within reach for higher earners, and other alternative fuels are accessible to those in the right markets.

Natural food can be called organic if it meets Department of Agriculture organic standards ( www.ams.usda.gov/AMSv1.0/nop ).

As natural and organic food has become more popular, there are supermarkets such as Whole Foods that have a green mission. But even the best of intentions can have a negative impact.

"The huge demand for organic food is creating an incentive to mow down the native eco-systems," she says. "Deforestation is not banned under U.S. organic laws."
Posted by Mercury at 2:32 PM