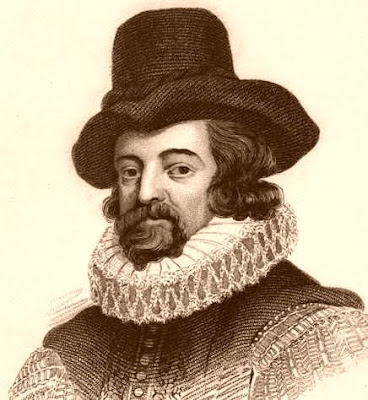 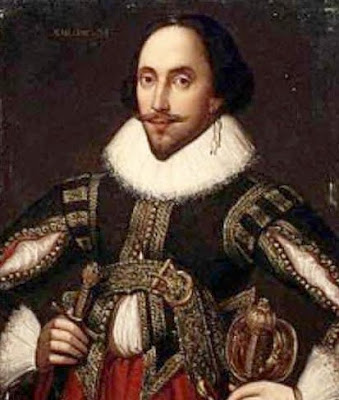 William Shakespeare
These scholars did not receive a degree in HVAC or paralegal and one has to admire their scholarship...constantly changing. Who was Shakespeare...did he really write those plays? Maybe it was Francis Bacon or Edward de Vere, the 17th Earl of Oxford.

"Shakespeare: The Question of Authorship"

The New York Times
Shakespeare is not only peculiar in himself, but the cause of peculiarity in others. The surviving traces of his life, which the Shakespearean scholar Stephen Greenblatt describes as “abundant but thin,” depict a man whose parts aren’t entirely in sync: a provincial who grew wealthy but sued for paltry sums, a literary genius who seems never to have written a letter — or owned a book. But the alternate histories offered by people who reject Shakespeare’s authorship are far stranger, abounding in secret ciphers, baroque conspiracies and readings of the plays as fantastical as what’s in them. Barring the discovery of a ­doorstop-size autobiography or the invention of a time machine, we’ll never get a really satisfying explanation of how “Hamlet” and “Henry V” and all the rest were written, only varying degrees of ­improbability.

Five years ago, James Shapiro wrote “A Year in the Life of William Shakespeare: 1599,” a meticulous study that rendered a slice of the standard history less implausible. Now, in “Contested Will,” he addresses the authorship question itself. His refreshing method is to zoom all the way out, taking an interest “not in what people think — which has been stated again and again in unambiguous terms — so much as why they think it.” Working its way back to the earliest doubters, Shapiro’s book offers both history and historiography, a mix that yields insights even for those who don’t know their “Othello” from their “Pericles.”

Shapiro, a professor of English and comparative literature at Columbia University, uses the fight over Shakespeare’s identity to show how our views of the past are shaped by the contingencies of the evidence that reaches us, and how we’re swayed by the changing spiritual weather of our own time. Though dozens of alternate authors have been proposed over the years — four more while he worked on the book, he writes — he concentrates here on what he calls the two “best-­documented and most consequential” candidacies: those of the philosopher and courtier Francis Bacon and Edward de Vere, the 17th Earl of Oxford. The shifts in their reputations over the last 150 years have been sufficiently extreme to think of them as the reverse of Ben Jonson’s famous praise of Shakespeare: they were not for all time, but of an age.

In Shapiro’s account, the mischief of the authorship controversy began with a kind of scholarly original sin. For a new edition of Shakespeare’s writing in 1790, Edmond Malone tried to put the plays in chronological order. He ransacked the texts for any fleeting corollary to Shakespeare’s life and times, an approach that Shapiro equates with having “carelessly left open a fire door.” Once you assume that Shakespeare could write only about things he experienced firsthand, the absence of certain pursuits from his spotty biographical record — falconry and seamanship, for instance — seems to disqualify him as the author.

Two changes in the 19th century brought a mob swarming through that door. New scholarship dared to challenge the sacrosanct authenticity of Homer and the Gospels. Soon afterward, a spate of popular biographies conveyed to a wide audience the scant facts of Shakespeare’s life — largely derived from surviving financial records and legal proceedings — without making clear that it would be strange to see much else survive from the 16th century. Among those bothered by the gap between the extraordinary plays and the rather ordinary life was a brilliant, troubled American, Delia Bacon. She refused to accept that a “stupid, illiterate, third-rate play-actor” could have written works of such “superhuman genius.” Her innovation was to seek the author’s identity in the plays themselves, sketching the “Wanted” poster that skeptics use to this day: a set of qualities that Shapiro distills to “pure motives, good breeding, foreign travel, the best of educations and the scent of the court.” For her, this described the polymorphous genius of the English Ren­aissance: Francis Bacon (no apparent relation to her), who she claimed led a group of politicians-turned-writers who worked jointly on the plays.

To figure out why people bought into this dubious theory, Shapiro uses a technique that could, in the hands of someone less committed to treating all sides fairly, be an instrument of vicious satire: he turns the skeptics’ arguments against them. When he applies to Delia Bacon’s work the kind of close reading that led her to conclude that frustration and lack of prospects forced Francis Bacon to take up his quill, he finds her own frustration and lack of prospects talking. (She had been thwarted in a playwriting career and shamed by a love affair gone wrong; she would spend her final years in an asylum.) Shapiro finds a similar form of self-­revelation in the Baconian advocacy of Mark Twain, who was, after all, a writer with a taste for pseudonymous autobiographical fiction.

By the end of the 19th century, Shapiro writes, the Baconian case had begun to fade, partly because its claims weren’t holding up, but also because of the changing zeitgeist: “Philosophy and politics were out, Oedipal desires and mourning for dead fathers in.” No more cerebral, distant Prospero; the 20th century wanted a conflicted, disenfranchised Hamlet. In 1920, J. T. Looney, a schoolmaster from England, gave it one: Edward de Vere. Born in 1550 (14 years before Shakespeare), the Earl of Oxford spent his life around the court, wrote poems of his own, supported other artists and traveled extensively in Italy, where many of the plays were set. In fact, on a return trip from the Continent, his ship was attacked by pirates, prefiguring the oddest incident in “Hamlet.”

In its most aggressive form, the Oxford theory doesn’t just reassign custody of the plays, Shapiro says; it attempts “to rewrite . . . both the political and literary histories of England.” Charles Beauclerk’s new book, “Shakespeare’s Lost Kingdom,” takes the theory to its extreme. It maintains that Oxford wasn’t just the author of the plays, he was the secret son of Elizabeth I, the product of an incestuous encounter between the 14-year-old future queen and her uncle. Furthermore, when Oxford grew up, he slept with his mother, who bore him a son/grandson, Henry Wriothesley, the third Earl of Southampton — Shakespeare’s patron and the possible “Fair Youth” of the sonnets. (A curious little frisson: Beauclerk, who has also written a biography of Nell Gwyn, cites Oxford as a direct ancestor. Claiming descent from the Tudors, as they are depicted here, is like asking to be adopted into the House of Atreus.)

To those who aren’t related to him, the appeal of Oxford is that he offers what people think they should be looking for when they go looking for Shakespeare. According to Shapiro, Looney was a Positivist who despised modernity and saw in Oxford an aristocratic champion of feudal virtues. Looney’s most famous supporter, Sigmund Freud, thought that the early death of Oxford’s father and the dismaying re­marriage of his mother (assuming she wasn’t the queen, of course) offered the Oedipal basis he needed for “Hamlet.” The hitch in these interpretations is that Edward de Vere didn’t write “Hamlet”; a glover’s son from Stratford did.

Shapiro makes a strong case for William Shakespeare, but he’s more interesting when he argues that we should move beyond this controversy altogether. “Perhaps it’s time to shift our attention from debating who wrote Shakespeare’s works to whether it’s possible to discover the author’s emotional, sexual and religious life through them,” he writes. Blame doesn’t fall only on the skeptics: Shapiro makes the provocative charge that mainstream historians are also guilty of conflating what the characters say and do and what their creator said and did. He cops to doing it himself, and says Greenblatt did it in “Will in the World.” This foraging for autobiography may be popular, but it does violence to Shakespeare. It diminishes what Shapiro calls “the very thing that makes him so exceptional: his imagination.”

I put down Shapiro’s book thinking he sounded awfully quixotic; it’s hard to believe that any study of Shakespeare written in a memoir-crazy era like ours could be as scrupulously modest as he desires and still be worth reading. Then I noticed that such a book had just arrived.

“Prefaces to Shakespeare” is a collection of the essays that the Cambridge professor Tony Tanner wrote to accompany the plays for the Everyman’s Library series. Tanner, who died in 1998, maintains an easy, book-club tone, at once gentle and generous. Though some essays probe more deeply than others (he’s sharpest on the comedies), he’s always sensitive to how the themes of change and regeneration recur. And at almost every juncture, he resists the temptation to speculate out of hand. The origins of Falstaff? “Unknowable.” Shakespeare’s feelings on female sexuality? “Manifestly imponderable.” His motivation for writing “Henry VIII”? “Simply beyond the reach of informed conjecture.” This approach leads him astray now and then — he decides to treat “Pericles” as entirely Shakespeare’s, though we now know the play was a collaboration — but it pays a sweet dividend.

Consider “A Midsummer Night’s Dream.” For a stalwart Oxfordian like Beauclerk, this play, like many others, is an elaborate allegory about de Vere’s frustrations and Elizabeth’s schemes. Bottom’s vision after his enchanted night with Titania “is nothing as banal as the dreamlike memory of an ass’s head,” Beauclerk writes; “it is the specter of the crown which the fairy queen’s love for him seemed to portend.” Tanner, by contrast, says that what happens between Titania and Bottom when they leave the stage is “a vital blank which we never can fill in.” Such mysteries are one reason that he felt no “more magical play has ever been written,” and that so many of us go on feeling the same. Sometimes an ass’s head is just an ass’s head.

[Jeremy McCarter writes for Newsweek and is the editor of “Bite the Hand That Feeds You: Essays and Provocations,” by Henry Fairlie.]
Posted by Mercury at 8:55 AM