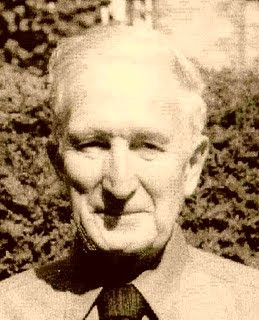 Sartre would say that Antony Flew acted in "bad faith".

Antony Flew, an English philosopher and outspoken atheist who stunned and dismayed the unbelieving faithful when he announced in 2004 that God probably did exist, died April 8 in Reading, England. He was 87 and lived in Reading.

His death was confirmed by Roy Abraham Varghese, with whom he wrote “There Is a God: How the World’s Most Notorious Atheist Changed His Mind,” published in 2007.

Mr. Flew, the son of a Methodist minister, embraced atheism as a teenager. “It just seemed flatly inconsistent to say that the universe was created by an omnipotent and perfectly good being,” he told The Sunday Times of London in 2004. “Yet there were evils in abundance which could not be put down to a consequence of human sin.”

The rejection of religious faith, he said, was the start of his career as a philosopher.

His philosophical interests were wide. He was an expert on the Scottish philosopher David Hume, about whom he wrote the indispensable “Hume’s Philosophy of Belief” (1961). But in more than 30 books he also explored topics as varied as evolutionary ethics, psychic phenomena, logic, education, crime and egalitarianism.

He was best known, however, for his books arguing against the existence of God and for atheistic principles. “Theology and Falsification,” a short paper presented to the Socratic Club at Oxford and published in 1950, brought him immediate attention. In a little more than 1,000 words, it argued that the idea of God is philosophically meaningless, since it cannot be falsified — that is, believers cannot posit an instance that would cause them to deny the existence of God. Genuine assertions, by contrast, can be falsified.

Mr. Flew elaborated his thinking about atheism and religious belief in “God and Philosophy” (1966), “The Presumption of Atheism” (1976) and “Atheistic Humanism” (1993).

In 2004, however, he announced on a DVD titled “Has Science Discovered God?” that research on DNA and what he believed to be inconsistencies in the Darwinian account of evolution had forced him to reconsider his views. DNA research, he said, “has shown, by the almost unbelievable complexity of the arrangements which are needed to produce life, that intelligence must have been involved.”

In “There Is a God” he explained that he now believed in a supreme intelligence, removed from human affairs but responsible for the intricate workings of the universe. In other words, the divine watchmaker imagined by deists like Isaac Newton, Thomas Jefferson and Benjamin Franklin.

In a letter to The Sunday Telegraph of London in 2004, he described “the God in whose existence I have belatedly come to believe” as “most emphatically not the eternally rewarding and eternally torturing God of either Christianity or Islam but the God of Aristotle that he would have defined — had Aristotle actually produced a definition of his (and my) God — as the first initiating and sustaining cause of the universe.”

Antony Garrard Newton Flew was born on Feb. 11, 1923, in London. During World War II he did intelligence work for the Royal Air Force and spent a year learning Japanese at the School of Oriental and African Studies in London.

At St. John’s College, Oxford, where he received a master’s degree in 1949, he studied under Gilbert Ryle, whose linguistic approach to philosophical problems, derived from Wittgenstein, was a decisive influence. At the Socratic Club he also engaged in spirited debate with C. S. Lewis, the renowned Christian apologist.

Early in his career he edited some of the first anthologies of analytic philosophy, notably the series “Logic and Language” and “Essays in Conceptual Analysis” (1956), and wrote “An Introduction to Western Philosophy” (1971), widely used in classrooms.

In 1952 he married Annis Harty, who survives him, as do their two daughters.

Mr. Flew was a mild-mannered polemicist, respectful of his opponents and driven, as he often said, by simple curiosity and a determination to go where the facts led him. An early work, “A New Approach to Psychical Research” (1953), suggests an instinctive attraction to the inexplicable.

Politically, he was a conservative libertarian, opposed to immigration, egalitarianism and the European Union. He explored some of these interests in “Crime or Disease?” (1973), “Sociology, Equality and Education” (1976) and “The Politics of Procrustes: Contradictions of Enforced Equality” (1981).

Although rumors had been circulating for several years that Mr. Flew had begun to question his atheism, “There Is a God” came as a shock. For Christian apologists, it was a welcome counterblast to recent antireligious best sellers like “God Is Not Great” by Christopher Hitchens, “The God Delusion” by Richard Dawkins and “Letter to a Christian Nation” by Sam Harris.

A long article in The New York Times Magazine by Mark Oppenheimer suggested that Mr. Flew, his mental faculties in decline, had been manipulated by his co-author and other Christian proselytizers. Mr. Flew, in a statement issued through his publisher, reaffirmed the views expressed in the book, which did not include belief in an afterlife.

“I want to be dead when I’m dead and that’s an end to it,” he told The Sunday Times of London. “I don’t want an unending life. I don’t want anything without end.”

[NOTE: I was coerced to post this by POSP stringer Tim and Oxford or forfeit future shipments of ctreats.]
Posted by Mercury at 8:06 AM

i know how he feels...i cannot escape into absurdism either...tho we would both not fit into the tight circle of religion. you can see the border in Einstein's thoughts that not only is there a higher source but outcome. i too have little use for an afterlife....unless of course i am free to explore Creation...then i might buy it or the Buddhas absorption