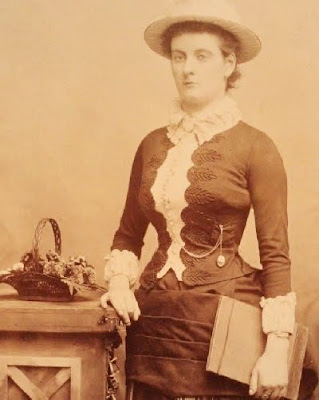 Gift? What gift? Property? Money? Nothing like that at all. She left at her death [April 21st, 1940] 20,000 butterflies [she was a Victorian butterfly collector] and a sealed box to the Norfolk Castle Museum in England. Sealed box? According to her will the sealed box could not be opened for 38 years and when it was opened in 1978 it contained "...a 12-volume diary, begun on her 16th birthday in 1878 and faithfully kept until her death. The diary sets forth in unusual detail (for a Victorian and Edwardian memoir) the life of an inveterate traveler, moderately wild and disdainful of convention. She often travelled by bicycle (that liberator of women, which could go where no chaperone could follow). She visited over sixty countries in her collecting career, many of them with a male travelling companion, Khalil Neimy, who was a Syrian of Greek parentage, and married to boot, with whom Fountaine had a long relationship of an unusual nature. Two volumes of selections from Fountaine's diaries have been published, as well as the first of what will probably be many biographies: Wild and Fearless: The Life of Margaret Fountaine, by Natascha Scott-Stokes (2006)." [Bill Ashworth in the Linda Hall Library Newsletter.] 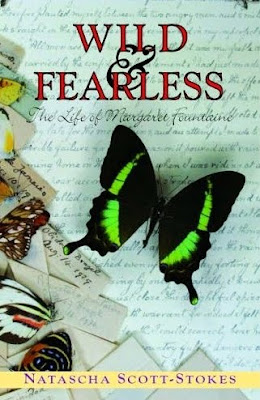 Wild and Fearless: The Life of Margaret Fountaine