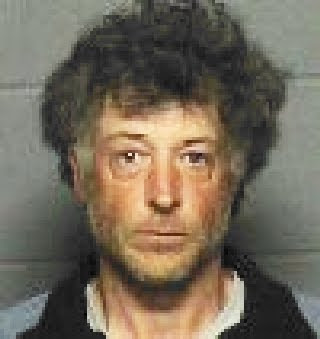 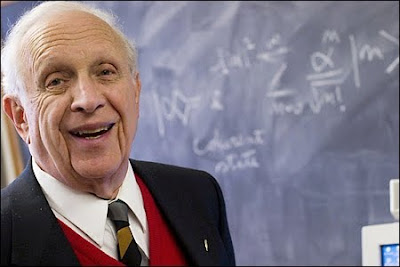 Arlington.com
Following sharp detective work by Arlington police, a Maine man has been held in a March break-in at the Spy Pond home of a Nobel laureate, but the 2005 prize retired Harvard physics professor Roy J. Glauber won is missing. Stephen Beaulieu, 42, of Skowhegan, Maine, a drifter, has pleaded not guilty to breaking and entering and remains jailed in Cambridge in lieu of bail.

Authorities said Beaulieu, 42, left behind evidence, including a half-eaten meal and a supermarket receipt for purchases made with his food stamp card that led to his arrest last week.

“Clearly, the victim and the alleged perpetrator in this case are on opposite ends of the IQ spectrum,” Arlington police Chief Frederick Ryan said.

Police continue to look for Glauber’s Nobel Prize for his work on the behavior of light, as well as a Nobel replica and a Spanish Academy of Sciences Gold Medal.

The police report says Beaulieu admitted to breaking into the home and sleeping there March 6 and 7. He told police he took some coins and money, but that he did not take the Nobel Prize.

Arlington police provided details April 16 about what led to the April 9 arrest of the suspect, who had been hitchhiking in Russell, Mass. Here is a timeline. It reflects work done by Arlington police, whose lead investigator was Inspector Edward DeFrancisco. "He did an oustanding job in this complex and time-consuming investigation," acting Captain Robert Bongiorno wrote April 17.

Wednesday, March 17: Glauber told police that went away from Thursday until Tuesday of the previous week and noticed the broken window when he returned home. He said his house was in shambles as someone had rummaged through his belongings. He said his Gold Nobel Prize was missing.

Thursday, March 18, about 11:15 a.m.; Police responded to 221 Pleasant St. for a follow-up to the reported breaking-and-entering. They observed the broken front window and broken glass mostly outside due to an interior screen. The house was filled with a large number of stacked paperwork and belongings scattered throughout the home.

Monday, March 22: A Hannaford’s paper bag of half-eaten synthetic lobster was found inside of the house by the broken window. Also found was a plastic container with a small box of smoked oysters and a receipt. The items were purchased with a food-stamp card for $7.88. The purchase occurred March 6 at 10:26 a.m. at Hannaford’s in Saugus.

Wednesday, March 23, at 1 p.m.: Police obtained the video for the store register in question, and it showed a white male, wearing a light-colored winter hat, blue jacket, and jeans.

Monday, March 29: Police investigated the Maine food-stamp card involved. Using information from the Fraud Investigations Unit US Dept. of Agriculture, police traced the number to Beaulieu. A card was not reported lost or stolen.

On Tuesday, March 30: Glauber said he did not know Beaulieu and did not recognize his photo. He described his Gold Nobel Prize in Physics as 2 1/2 inches round with Alfred Nobel's face on it.

Wednesday, April 7: An arrest warrant was issued for Beaulieu through Cambridge District Court.

Thursday, April 8: Skowhegan police wrote a search warrant that was performed on at the Skowhegan home where Beaulieu had been living with his mother. His mother said Beaulieu is a drifter and hitchhikes a lot in various states.

Friday, April 9, at about 9 a.m.: Mass State Police notified Arlington police that Beaulieu was arrested on the warrant in Russell.

Saturday, April 10, at about 1:30 p.m.: Arlington police went to Hampshire Prison in Northampton, where Beaulieu was held, and took custody.

Roy J. Glauber [Wikipedia]
Posted by Mercury at 7:13 AM