71 years ago and promises of the future 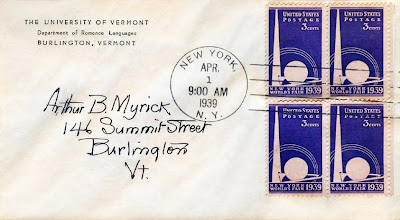 Wired
The New York World’s Fair of 1939 and 1940 promised visitors they would be looking at the “World of Tomorrow.” Not everything they saw there came true, but plenty was close. One reason for that was the fair’s own lasting influence on American architecture and industrial design.

It was a futuristic city inspired by the pages — and covers — of pulp science fiction: huge geometric shapes, sweeping curves, plenty of glass and chromium, and gleaming white walls. The fair was the last great blossoming of the Streamlined Moderne style of Art Deco. It was also heavily influenced by the still-rising International Style of such architects as Le Corbusier and Ludwig Mies van der Rohe.

The fair also influenced sci-fi art, both in print and in the set design of hundreds of movies and TV shows, continuing to shape our collective notions of what tomorrow is all about.