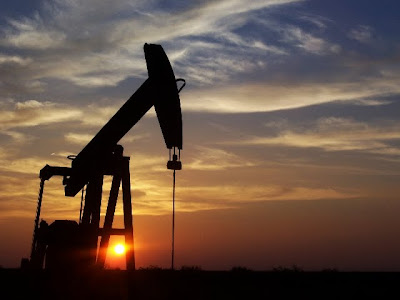 What do you get when you blend a billionaire Texas oilman and a Cambridge mathematician?: Friendship, 35 million to the physics department, and an auditorium named after the mathematician. In the 30 minute speech Hawking admitted the fallibility of theoretical physics.

Associated Press
Renowned British astrophysicist Stephen Hawking and Texas billionaire oilman George Mitchell might not appear to have much in common.

Hawking is one of the best-known theoretical physicists of his generation who rose to international fame with the best-selling book "A Brief History of Time." Mitchell, the son of Greek immigrants who was born in the Texas coastal city of Galveston, made his fortune developing one of the nation's largest independent oil and gas companies.

But both men share a love of physics and astronomy and a desire to make Texas A&M University, Mitchell's alma mater, a leader in the fields.

The two men came together Monday to highlight their efforts during a dedication ceremony for an auditorium, named after Hawking, inside the university's two new physics buildings.

The ceremony was part of Hawking's visit to A&M, which also included a campus lecture Monday evening on black holes, which he has studied for more than 35 years.

Hawking greeted the dedication ceremony crowd inside the packed 182-seat auditorium with "Howdy," the official greeting of the university, located about 100 miles northwest of Houston.

"It's good to be back," Hawking said in the synthesized voice created by the computer on his wheelchair. The 68-year-old scientist suffers from amyotrophic lateral sclerosis, an incurable degenerative disorder also known as Lou Gehrig's disease that has left him almost completely paralyzed.

"The Mitchells have done great things to advance physics at A&M," Hawking said from the auditorium's stage. "I am very honored this splendid new auditorium has been named after me."

Hawking first came to A&M in 1995 and has visited regularly since 2003. Hawking lent his name to the new auditorium, while Mitchell donated $35 million of the nearly $83 million price tag for the two new physics buildings, which were formally dedicated in December.

The 90-year-old oilman and real estate developer said he first met the University of Cambridge mathematics professor in 2002 and four years later visited him in England.

"We went to Cambridge to convince (Hawking) that A&M wanted to do a relationship with Cambridge. After three hours I finally convinced him," Mitchell said.

During his lecture Monday evening, Hawking spent 30 minutes detailing the history of black holes and how his thoughts about them have changed over the years. He mixed discussion of scientific theory with humor.

A black hole, formed from a collapsed star, is a region of space-time from which nothing, not even light, can escape because of its strong gravitational pull.

For almost 30 years, Hawking had argued black holes swallow up everything that falls into them.

But in 2004, he revised his thinking, saying they don't destroy everything they consume and instead allow information to escape, albeit in a mangled form.

"The message of this lecture is that black holes ... are not the eternal prisons as they were once thought. If you feel you are in a black hole, don't give up. There is a way out," Hawking said, eliciting laughter from the audience of more than 3,200 people.

Hawking's visit to Texas A&M was on the same day space shuttle Discovery launched to the International Space Station on one of its last missions before NASA retires the shuttle fleet in September.

Earlier this year, President Barack Obama canceled NASA's back-to-the-moon program, Constellation, and he has not yet offered details about the future of the space program.

Hawking has said he believes humans' survival depends on going into space so it can find new homes elsewhere in the universe because there's an increasing risk a disaster will destroy Earth.