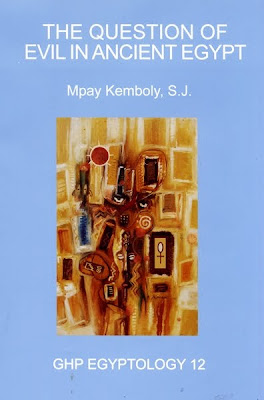 The Question of Evil in Ancient Egypt

ISBN 978-1906137151
The book examines relevant sources from the Old Kingdom Pyramid Texts (c. 24th century B.C.E.) to the Graeco-Roman Period inscriptions (2nd century C.E.) in order to understand the way the ancient Egyptians tackled the question of the origin of evil in the world. It also investigates whether the world was perfect or imperfect since its beginning. Scholars addressing these questions are generally of two categories: those advocating the pre-existent character of evil and asserting therefore that the world was not perfect since its creation, and those who plead for the contingent nature of evil and thus imply that the world was created perfect at the beginning but was marred afterwards by various protagonists other than the creator.
Posted by Mercury at 2:12 PM