Aesthetics in a favorite textile 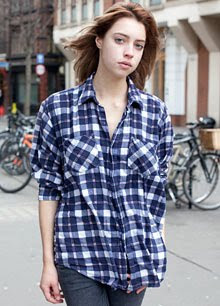 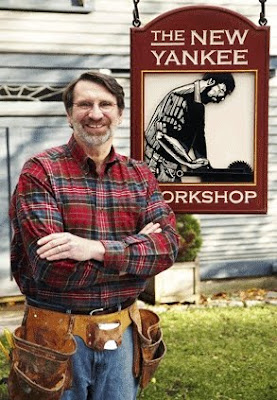 "Why the world has gone mad for plaid"

Men love it, women love it, punks, hipsters and suburban dads love it. Tartan has never gone out of fashion, but today it's selling like never before. So what explains its enduring appeal?

The Observer
In life, you're never supposed to be more than 6ft away from a spider. In London you're always within 10ft of a rat. And, at the moment, it also feels as if you're never more than 20ft away from a man's tartan shirt. Durable, comfortable, flattering and functional, they're everywhere. On cool kids and dads, men who wear them to work and men who wear them to work a look. Girls are at it, too, wearing them outsized and cinched with a belt over leggings.

"It's a cloth of duality," says Dr Jonathan Faiers, senior lecturer in cultural studies at Central St Martins and author of Tartan: Textiles that Changed the World. "Its history is in the establishment – in clansmanship, the aristocracy and military forces, but because it's become the uniform of rugged masculinity it's also revisited in an ironic way – by subcultures such as grunge, punk and gay clones."

Tartan's current ubiquity is a reaction to the over-groomed metrosexual, and the dandified look of skinny suit jackets and tailored shirts that dominated menswear in the Noughties. It's a look widely adopted by New York hipsters in recent years, and the rise of indie and nu-folk music also fanned the tartan flame. From Fleet Foxes' nerd chic to the rock aesthetic of Kings of Leon, every cool band wears checks at sound check.

Unsurprisingly, many of the second-hand shirts worn in the UK hail from America. "Check and plaid is worn by a huge percentage of that population at the moment," says Angie Ibrahim, area manager of vintage store Rokit, "hence the increased level of shirts we stock." Pendleton and Harris Tweed are now the labels to search for by men who care about quality and history. Though if you like designer you can look at the spring/summer collections by Givenchy and Tom Ford, both of which feature tartan shirts.

But their true home right now is the high street. Topman reports tartan shirt sales are up 49% from last year and up 540% from two years ago. Currently the store sells the equivalent of four every minute. "They are the simplest way of injecting a stab of colour and pattern to any wardrobe with the minimum of 'fashion' thought," explains Topman design director Gordon Richardson. "And when a guy is happy with an item he sticks with it. Men are more likely to buy an updated version of something they feel comfortable with rather than experiment."

The male love of tartan seems universal. "Men who don't wear patterns or colour wear tartan," says Jeffrey Banks, co-author of Tartan: Romancing the Plaid and executive board member of the Council of Fashion Designers of America. "And that's international. The Japanese are crazy about it, all architects have a plaid shirt, and every chic Milanese doctor has a tartan scarf."

Dr Faiers thinks that plaid's unique dual history in establishment and anti-establishment means it still represents more than a style trend. "You could argue that in a recession climate, tartan signals a back-to-basics feel. You can put a sociological spin on it, and there aren't many fabrics you can do that with."

Banks also explored the psychology of plaid for his book, which was partly inspired by a surge in the number of New Yorkers wearing tartan in the months following 9/11 (reported at the time in the New York Times). "We wanted to explore the historical, psychological and emotional views of tartan; we spoke to psychiatrists, theologians, everyone." So with all that wealth of knowledge, does it ever annoy him that so many tartan lovers today have little idea of the cloth's history? "Not at all. You just have to let them enjoy it. People love tartan because it's beautiful."
Posted by Mercury at 8:57 AM

Plaid?????? i own almost 50 Hawaiian shirts....why? because i am colorful and intelligent...you will notice that plaid wear is more for the blue collar mentality....and we need the nuts and bolts types...but those of us in the arts...well we are special and show it in our floral displays...there is a difference between the dandelion and humble orchids like me