Should have "out sourced" 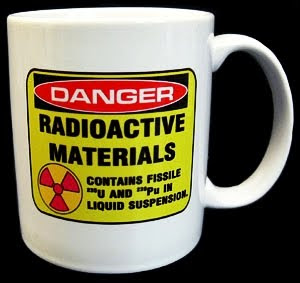 "AERB to probe presence of radioactive material on campus"

The Hindu
Two days after the source of radioactive material that killed one and left several others ill was traced to Delhi University's Chemistry Department, Vice-Chancellor Deepak Pental on Friday said the Atomic Energy Regulatory Board team had been told to investigate all claims pertaining to the presence of radioactive material on the campus.

Admitting to complacency by the university, the Vice-Chancellor said the report “may or may not be true.”

“We must get rid of this complacency. Where were these people who are now making these claims before the latest incident? If they are so conscious about the environment, public health and welfare of the university, why did they not come forward earlier?,” the Vice-Chancellor asked.

Another Delhi University professor has also claimed that some three years ago a great quantity of old material and equipment from the Physics Department was disposed of without following safety procedures.
3-member team

The university on Thursday announced the constitution of a three-member team to find out how radioactive material was allowed to leave the Chemistry Department. Asked when the committee would submit its findings, Professor Pental said: “The AERB, which is also conducting a full-fledged enquiry, will move much faster and our committee might take some time.”

Regarding certain cobalt pencils which have reportedly not been traced, the Vice-Chancellor said: “The AERB is in charge of it and will look into it. If experts want to come in again to conduct further investigations, we will cooperate with them.”

The AERB had issued a show-cause notice to Delhi University to explain in two weeks the violations. It also directed the university to suspend all activities involving the use of radiation sources.

Addressing concerns that students enrolled in courses involving use of radioactive material in experiments could be affected in terms of course schedule and examinations, Professor Pental said: “I do not think so. In case there are problems, the agencies concerned would be spoken to.”

Practical laboratory examinations of M.Sc. Final Nuclear Physics and M. Tech. in Nuclear Science and Technology too have finished.

Various departments such as Physics and Chemistry have reportedly been asked to submit details of radioactive sources as part of a report for the AERB.
Posted by Mercury at 3:35 PM