Coal mine tragedy is good for business? 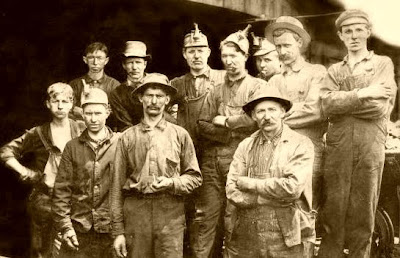 This is crass and cold and Wall Street is filled with "blood-thirsty vultures".

Time
Wall Street, it appears, likes tragedy. The worst U.S. coal accident since 1984, in which 25 workers were killed in a mine explosion, not to mention 150 miners that were trapped in China, turned out to be not such a bad week for the shares of companies that explore for black gold. In general most of the stocks of miners were up slightly or down just a bit. The exchange traded fund that follows mining companies, SPDR Metal & Mining (XME), ended the week up just over 2%. The exception, of course, was Massey Energy (MEE), which owned the mine where the workers died. But even the shares of that company were only down 11%. Not a lot for a company that is sure to face lawsuits and scrutiny in the next few months.

Now before you go accusing Wall Street of being blood-thirsty vultures, or vampire squids, consider that this might be a positive thing. You often hear that one of the problems of our capitalist society, especially one dominated in this country by large publicly traded companies, is that the interests of workers and shareholders is not aligned. The fact that mining stocks went up this week suggests that the interests of workers and Wall Street, at least in this one industry, are much more aligned than many think. Here's why:

I have argued in the past that despite what the U.S. Chamber of Commerce and Wall Street thinks, regulation is actually good for business. Better regulation, or even the threat of it, can make firms more valuable. And the way coal stocks moved this week is a good example of that.

There was, of course, a lot of things that kept coal stocks steady despite the accident. The end of the recession is boosting demand for basic materials. The stocks are still far below their 2008 peeks, and are relatively cheap based on their earnings expectations. And in a market rally, like we are in now, cheap stocks go up.

But the main reason analysts said the coal company stocks rose on the Massey news was because the accident was going to hurt coal supply.

"Unfortunately this is not the first time accidents such as this have happened, and each time previously the aftereffect was meaningfully higher regulatory costs and increased challenges/delays in obtaining permits, particularly for smaller (central Appalachian) producers," Gagliano said.

Based on this comment you would expect this analyst to be bearish on coal stocks. But he is not.

Other companies that could benefit somewhat from a tighter market include Consol Energy Inc. of Canonsburg, Pa., which produces some metallurgical coal as well as thermal coal for generating electricity, Credit Suisse analyst David Gagliano said in a note to clients.

When you talk about increased regulations most business executives speed dial their lobbyist and try to get it stopped. Wall Street analysts typical say new regulations will cost money and hurt corporate profits. And usually that's where the analysis stops. But not in this case, and I think that is right. Take the next step. Yes, an accident this size can make coal more costly to mine because it will force regulators to act, but it will also restrict supply. And these analysts are betting the drop in supply, and the rise in subsequent prices, will more than offset the costs that the coal companies have to swallow to mine.

At the same time, the regulations will hopefully also make mines safer so we won't have to have experience the awful news that we did this week again for a long time. So what is good for worker safety turns out to be good for profits and stocks. Now why didn't the free market figure that out on its own?
Posted by Mercury at 8:14 AM