A boost in space efforts? 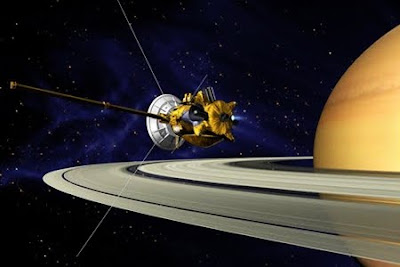 Just one question: Why does a human have to be part of the equation [like ISS, trips to the Moon, a trip to Mars] to revel in the accomplishments of space exploration. Are not the achievements of the Mars Rovers or Voyagers or Cassini-Huygens or New Horizons exciting?

"Get over the moon. We need NASA to save the Earth"

Reuters
Space policy is a small fraction of the U.S. federal budget – around one percent, when NASA and Air Force spending are combined – and much less important than topics such as health care, defense or debt. But if government can’t get minor policy right, how can it be trusted with major issues? That is the underlying question of President Barack Obama’s appearance at the Kennedy Space Center in Florida today. Cable-news commentary may focus on the political fight: who gets the biggest handouts. More important is whether Obama can change NASA from an example of what’s wrong with government (wasteful projects that serve only political favorites) to an example of what can be right (an agency that provides tangible benefits to taxpayers).

Yes, the Apollo moon landings were significant and memorable, but the last one occurred 38 years ago. In recent decades, NASA’s record has been spotty. The agency’s space science program – probes of the outer planets, telescopes that scan the far heavens – is successful and cost-effective. But for decades manned space flight, which receives the bulk of NASA funds, has accomplished: um, what? More money than was spent for the Apollo moon missions has been invested in the International Space Station, whose primary function is to give the space shuttle a destination. The shuttle, in turn, exists mainly to fly to the space station. The space station has no notable scientific achievements: it is such a white elephant that already NASA is studying the best way to “deorbit” the whole 380-ton structure, meaning allow it to burn in the upper atmosphere. This may happen as soon as 2016.

While spending freely on the space station and the shuttle, NASA has avoided research into new launch strategies that might cut the cost of access to orbit. Lower cost isn’t wanted – the whole point is to make the manned program expensive! And NASA has done just shy of nothing to plan for protecting the Earth from an asteroid strike: more on that in a moment.

Looking ahead to the inevitable demise of the space station, in 2004, NASA and the George W. Bush White House cooked up a plan to return astronauts to the Moon. That didn’t make much sense – because the Apollo landings found nothing of pressing scientific interest, NASA had gone 25 years without so much as launching an automated probe to the Moon. But sustaining spending, not finding a valid objective, was the goal.

To make a return-to-the-Moon seem like something more than a warmed-over reenactment, Bush declared that a Moon base would be a steppingstone to Mars. Physicists and engineers winced. There is no possibility a Mars mission would stop at the Moon; all proposed Mars missions involve departure directly from low-Earth orbit to the Red Planet. Landing first at the Moon, then blasting off again, would use up nearly all the mission’s fuel to accomplish, um, what?

Obama’s proposed fiscal 2011 budget cancels the Moon-return program, which is oddly called Project Constellation, though it has nothing to do with the study of constellations. (And not called Project Artemis: she was Apollo’s sister, NASA can’t even come up with good names anymore.) There will be a nasty fight on Capitol Hill over canceling the Moon return, a presidential decision Congress must approve, because politically favored contractors and congressional districts would lose pork-barrel spending. It is essential that Obama’s rejection of Project Constellation is made to stick. If the president cannot impose fiscal rationality on an issue as minor as space spending, how will he ever wrestle the national debt to the ground?

A sure sign of the pork-barrel essence of the Moon-return idea is that proponents are going directly to the lamest possible arguments in its defense: jobs and China. You’ll hear a lot today, and in weeks to come, about how canceling the Moon return will cost jobs. NASA currently has $108 billion scheduled for spending on Constellation, with 6,000 jobs directly tied to the project. That’s $18 million per job created, an absurd amount. Washington could create more jobs by spending that $108 billion on something else, or better by not spending the money, returning capital to the free market.

Going deeper into silliness, Rep. Pete Olson of Texas, whose district includes the Johnson Space Center, which would control a second Moon mission, recently said the president “seems willing to hand off American dominance in human spaceflight to nations like Russia and China.” Russia does a number of things well in space, including affordable launching, but does not challenge the United States in any way: decades after the Moon race, cosmonauts still have never left low-Earth orbit. FKA, Russia’s answer to NASA, today is essentially a NASA subcontractor; “The USA May Order a Remote-Sensing Satellite in Russia” is the current lead headline on the FKA website.

China? The Chinese space program is about where the United States was in 1965; China’s best manned-space hardware is equivalent to NASA’s obsolete Gemini rocket-capsule stack. If China lands a man on the lunar regolith half a century after the United States reached “been there, done that” status for this objective, it is hard to see how that threatens America – let China be the country to waste a huge chunk of national treasure looking for ice on the Moon! Old-timers from NASA, and pork-barrel proponents such as Rep. Olson, want to depict China’s 1960s-vintage space effort as a national threat, because then money will flow without any need to prove the case. If a return-to-the-Moon made sense on its own, proponents would argue on the merits.

Obama’s NASA plan involves canceling the Moon return, and canceling two new rockets, Ares and Ares V, both under development; starting a new development program for a very powerful rocket that could be used to reach asteroids; keeping the manned space program in business at a lower budget; postponing the burn-up of the space station till 2020; temporarily paying FKA $56 million per seat to fly U.S. astronauts to the space station (space-shuttle launches cost about $150 million per seat); directing more funds to satellites designed to study Earth and the Sun; and encouraging a commercial-space industry that would develop private launchers to replace the FKA flights. Obama does not propose any commitment to Mars travel – surely this will happen someday, but for now the technical obstacles appear insurmountable, unless truly vast sums of money were spent.

There is good and bad in the White House plan. More study of the Earth and Sun has long been needed, since this could discover information of tangible benefit to taxpayers. More study of Venus is needed, too – that planet has a runaway greenhouse atmosphere, and Earth governments are contemplating greenhouse regulation. Canceling Ares V development is a puzzling step, since that rocket would be very powerful – exactly what another part of Obama’s plan seeks to develop. (This part of the plan would make sense if there is a propulsion breakthrough; Ares V uses existing engine technology. Flight to Mars would become less impractical if higher rocket speeds were achieved.) Keeping the space station in orbit is politically expedient, since this postpones the incredibly embarrassing day when Obama, or some president, has to explain why the single most expensive object ever constructed is being deliberately burned up above our heads.

Obama’s plan to encourage free-enterprise rocketry sounds great, but is extremely unrealistic. Only one company, Sea Launch, has ever succeeded in placing a large, privately funded rocket into orbit, and right now Sea Launch is in Chapter 11. The capital requirement for reaching space is very high, the customer base modest. (Here are details about Sea Launch and private rocketry.)

The White House would provide $6 billion over five years to encourage development of private rockets, but this is a drop in the bucket. The new Boeing 787 and its engines cost about $13 billion to develop, and the 787, while beautiful, is just an airplane. A new “human-rated” — multiple redundant systems — rocket capable of carrying significant payloads to orbit could easily require $25 billion or more for development. No private company will be able to raise such a sum without a long-term guaranteed NASA contract, at which point you might as well just have NASA develop the next rocket. (Private flight to orbit will happen someday, but absent a major breakthrough, perhaps not for decades. The winged “spaceship” being developed by Richard Branson is not a spaceship; it will fly higher than conventional aircraft, but not reach orbit.)

Overall, the Obama NASA plan is the first serious attempt to reorient the space agency away from pork barrel and toward rational spending priorities. Will Obama succeed, or will oink-oink rule on the Hill? Let’s root for the president and rationality, even if Obama’s plan needs improvement. Washington is under the thumb of countless agencies and programs whose justification is slim, but whose funding continues year after year for pork reasons. Obama must show he can break the psychology of permanent spending before he can face larger budget challenges ahead. NASA is a good place to start.

And asteroids? Just because an asteroid strike was the premise of a ridiculous Bruce Willis movie is no reason to think this can’t happen. As recently as a few decades ago, researchers believed asteroid strikes were extremely unlikely, or had been confided to the mists of the far past. Recent research shows that near-Earth asteroids are far more common than thought, while major strikes have occurred much too recently for comfort: including a probable asteroid strike in the year 536 that might have caused mass extinctions, if the rock had hit land instead of the ocean. Here is detail on asteroid-threat research. And here is the running count of asteroids that might threaten Earth – 280 as of Wednesday, and nearly all of them discovered in the last 10 years.

Yet NASA has no program to counter an asteroid threat – not one piece of equipment in development. This 2008 Air Force “war game” concluded that it would be possible to deflect an asteroid away from Earth, but that five to 10 years of preparation would be needed. So why are we gambling the existence of humanity by doing nothing? True, an asteroid-deflection rocket might never be used. But we built ICBMs in the hopes they would never be used. And an asteroid-deflecting project should cost substantially less than the amount NASA is eager to waste on the Moon.

One can appreciate that neither the space agency, nor the White House, wants to announce a program that sounds like a Bruce Willis movie. But the threat is genuine, and if we wait until a large asteroid is observed approaching, it will be too late. Unlike a Moon base, asteroid protection could return tangible benefits to the taxpayer. Stopping an asteroid from striking the Earth could be, well, the greatest achievement in human history. Didn’t somebody say NASA needs an inspirational mission?
Posted by Mercury at 7:34 AM